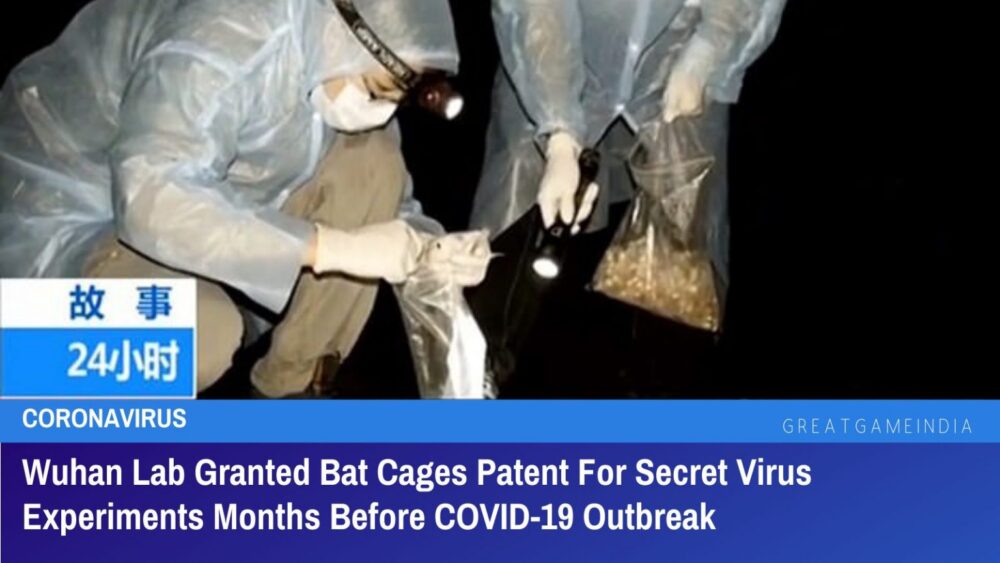 While British scientist in the WHO team investigating the origin of COVID-19 has denied reports of virus leak from Wuhan lab which was planned for breeding animals for virus experiments; the uncovering of secret bat cages has resulted in increased suspicion of China’s role behind the global pandemic. 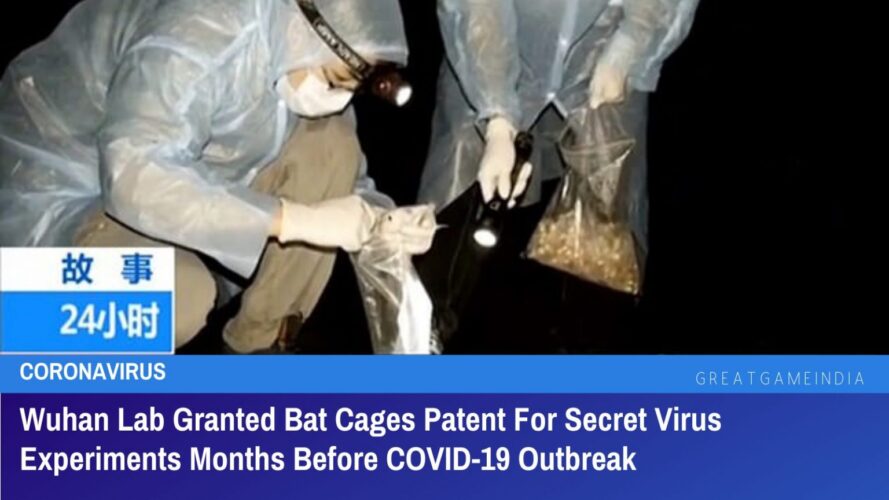 According to reports, the Chinese laboratory amidst the controversy received a patent for cages to hold live bats just a few months before the spread of coronavirus.

It comes following reports suggesting WHO giving credence to theories supporting the entry of the virus into China via frozen meat. The WHO team with British-born scientists Peter Daszak has backed the Beijing claims.

However, the adviser to WHO, Jamie Metzl himself has finally admitted that their COVID-19 probe into the Wuhan Institute of Virology for the origin of coronavirus was actually conducted by the Chinese authorities and not by the WHO investigators.

Meanwhile, The Mail has uncovered the patent application, which suggests that in June 2018 Wuhan Institute of Virology applied for a patent for the bat rearing cages.

It allows the growing and breeding of bats for virus study under artificial conditions.

The patent uncovered by The Mail indicates the granting of a patent in January 2019, just eleven months before the first reported case of coronavirus in Beijing.

Furthermore, the first cases broke just a few miles from the institute.

The newspaper also discovered a patent filed by the WIV in October 2020 related to the artificial breeding options of the wild bat.

The patent also deliberated the transmission methods of SARS-Cov, including cross-species transmission.

The discussion of the transmission of the virus from bats to humans and other animals has raised the hackles of people worldwide.

The Chinese government continues to operate in secrecy, which makes it difficult to establish whether or not the patents came into practice.

But, according to one of the online biographies of the lab’s work, it indicates the researchers can keep twelve bats and twelve ferret cages.

The researchers who have filed the patent have experience working in the WIV for more than ten years, including a scientist studying coronaviruses in bats.

Furthermore, the US intelligence points to the filing of the patent by the Wuhan lab for a specific device to treat injuries caused while working in a biosafety lab.

It coincides with the time (November 2019) when the US intelligence suspects the virus outbreak at the lab.

Instead of a transparent assessment, the WHO has come under criticism for releasing statements exonerating China from the responsibility of coronavirus spread.

Scientists like Mr. Daszak have issued statements and tweets absolving China based on the WIV staff interviews.

The lab has strong ties to the Chinese army. So, any investing team must take the statement from the scientists at the lab with a pinch of salt.

Instead, Mr. Daszak and his team have swung their weight behind the Chinese government.

Many scientists from around the world have strongly condemned the statement from Mr. Daszak who has received funding from the Chinese government for his previously stopped research on bat viruses.

Moreover, the person who covered-up these biological experiments and orchestrated the myth of the natural origin of COVID-19 is Peter Daszak himself.

Emails obtained by U.S. Right to Know show that a statement in The Lancet authored by 27 prominent public health scientists condemning “conspiracy theories suggesting that COVID-19 does not have a natural origin” was actually organized by employees of EcoHealth Alliance where Peter Daszak is the President.

As reported by GreatGameIndia last year, Chinese officials deleted 300 studies of Batwoman Shi Zhengli from the top secret Wuhan lab linked to the origins of COVID-19. Details of more than 300 studies, including many investigating diseases that pass from animals to humans are no longer available.

The video, which was broadcast in November, 2015, showed how Chinese scientists were conducting biological experiments on a SARS connected virus believed to be Coronavirus, derived from bats and mice, asking whether it was worth the risk in order to be able to modify the virus for compatibility with human organisms.

In COVID-19 Files – the scientific investigation on the mysterious origin of Coronavirus we explore the sources of New Coronavirus from five major areas, including epidemiological investigation, virus gene comparison, cross-species infection research, key “intermediate hosts” and the findings on the Wuhan P4 lab, to provide readers with a deep and completely scientific perspective.

You Must Eat 100% Synthetic Beef, Says Billy Boy Who is an Early Investor in the Fake Meat Industry (And Who Stands to Profit Massively) Previous post
Sweden, Who Never Had Draconian Lockdowns, Sees COVID Deaths Plummet Quicker Than UK Next post