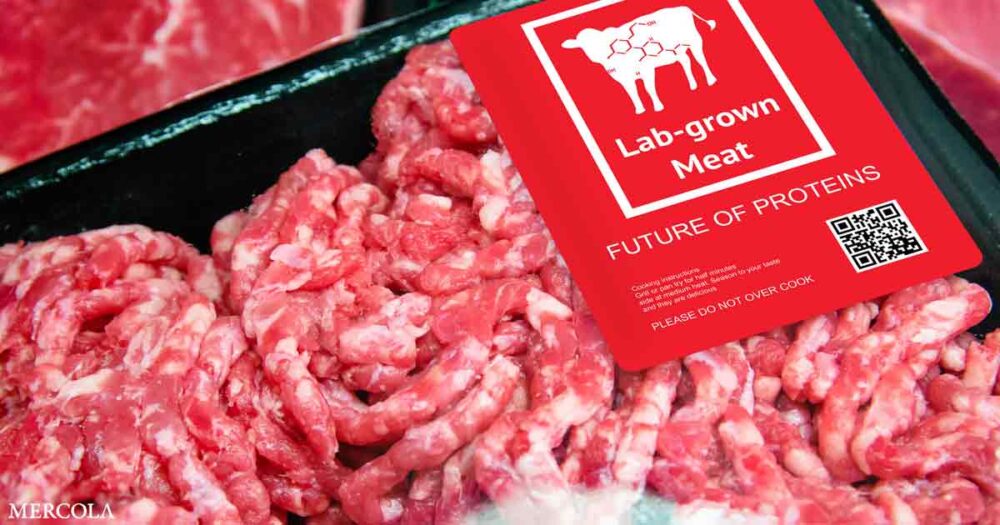 Billy Boy Says He Will Force You to Eat Fake Meat

One of the key players in this agenda is the widespread adoption of synthetic meat. 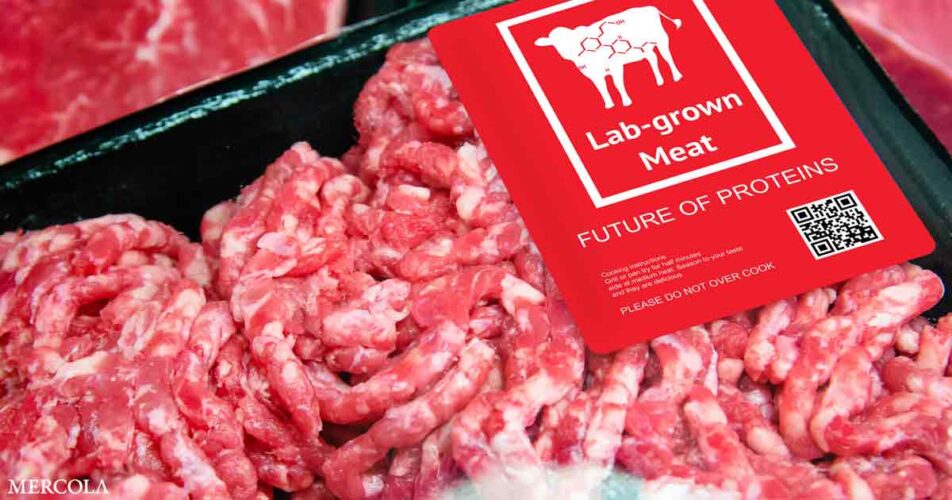 Imitation meat company Impossible Foods was co-funded by Google, Jeff Bezos and Billy Boy,2 and Gates has made it clear that he believes switching to synthetic beef is the solution to reducing methane emissions that come from animals raised on concentrated animal feeding operations (CAFOs).3

The strong recommendation to replace beef with fake meat is made in Gates’ book “How to Avoid a Climate Disaster: The Solutions We Have and the Breakthroughs We Need,” which was released in February 2021.4

In an interview with MIT Technology Review, he goes so far as to say that people’s behaviors should be changed to learn to like fake meat and, if that doesn’t work, regulations could do the trick.5

Billy Boy, by the way, invests in fake meat companies and is buying up U.S. farmland at a frenzied pace.

Ultimately, as you can hear in the interview above between Robert F. Kennedy Jr. and social justice advocate Vandana Shiva, Ph.D., the Gates empire “will own everything.”6

Unelected “elites” have already decided that, in the future, mankind will not be eating meat, and are proposing fake meat, bugs, and even dead fellow humans as viable alternatives. These people are completely out of their minds! If you want to learn more on the subject, please read point #4 of this article: World Economic Forum: By 2030 ‘You Will Own Nothing’ (New World Order Detailed).

According to Gates, in order to eliminate greenhouse gas emissions, fake meat will “be required.” He told MIT Technology Review:7

“In terms of livestock, it’s very difficult. There are all the things where they feed them different food, like there’s this one compound that gives you a 20% reduction [in methane emissions].

“But sadly, those bacteria [in their digestive system that produce methane] are a necessary part of breaking down the grass.

“And so I don’t know if there’ll be some natural approach there. I’m afraid the synthetic [protein alternatives like plant-based burgers] will be required for at least the beef thing.”

He then mentions Memphis Meats, which is producing synthetic meat in a lab via mass culturing stem cells from animals, often in a solution containing bovine serum, hormones, growth factors and other food additives.8

PR campaigns have gone so far as to call lab-grown meat “clean meat,” but research published in Environmental Science and Technology suggested it could actually require more intensive energy use compared to conventional meat.9

Gates says he thinks Memphis Meats will be too expensive to become widespread:

“But Impossible and Beyond have a road map, a quality road map and a cost road map, that makes them totally competitive.”

He’s referring to Impossible Foods, a leader in the fake meat industry that is producing plant-based “meat.”

Impossible Foods holds 14 patents, with at least 100 more pending.10 Beyond Meat is another leading producer of fake “beef,” “pork” and “chicken” products, which announced in 2020 that it would start producing some of its products in China.11

What many aren’t aware of, however, is that Gates is either personally invested in, or invested in via Breakthrough Energy Ventures, Beyond Meats, Impossible Foods, Memphis Meats and other companies he actively promotes.12

“As for scale today, they [Impossible Foods and Beyond Meat] don’t represent 1% of the meat in the world, but they’re on their way. And Breakthrough Energy has four different investments in this space for making the ingredients very efficiently …

“Now I’ve said I can actually see a path. But you’re right that saying to people, ‘You can’t have cows anymore’ — talk about a politically unpopular approach to things.”

Whether or not it’s “unpopular” doesn’t matter, apparently, as Gates said he thinks rich countries should be eating all fake meat.

When asked whether he thinks plant-based and lab-grown meats could “be the full solution to the protein problem globally,” he says that, in middle- to above-income countries, yes, and that people can “get used” to it:15

“I do think all rich countries should move to 100% synthetic beef. You can get used to the taste difference, and the claim is they’re going to make it taste even better over time. Eventually, that green premium is modest enough that you can sort of change the [behavior of] people or use regulation to totally shift the demand.

“So for meat in the middle-income-and-above countries, I do think it’s possible. But it’s one of those ones where, wow, you have to track it every year and see, and the politics [are challenging]. There are all these bills that say it’s got to be called, basically, lab garbage to be sold. They don’t want us to use the beef label.”

The irony of Billy Boy — who lives in a 66,000-square-foot mansion and travels in a private jet that uses up 486 gallons of fuel every hour16 — talking about how to save the environment isn’t lost on everyone.

The Nation criticized Gates’ contradictions, including the fact that, as a result of buying staggering amounts of farmland, he’s a major contributor to carbon emissions.17 His jet-setting lifestyle also makes him a carbon “super emitter”:18

“According to a 2019 academic study19 looking at extreme carbon emissions from the jet-setting elite, Billy Boy’s extensive travel by private jet likely makes him one of the world’s top carbon contributors — a veritable super emitter.

“In the list of 10 celebrities investigated — including Jennifer Lopez, Paris Hilton, and Oprah Winfrey — Gates was the source of the most emissions.”

Gates Is the Largest Farmland Owner in the US

Billy Boy owns more farmland in the U.S. than any other private farmer, having purchased a total of 242,000 acres — much of it considered some of the richest soil in the U.S. — in the past few years.20 Conventional agriculture represents one of the greatest sources of pollution on the planet.

An estimated 80% of soil carbon in heavily farmed areas has already been lost,21 due to destructive plowing, overgrazing and the use of soil-destructive, carbon-depleting chemical fertilizers and pesticides.

The jet-travel study alone pointed to Gates as one of the most problematic carbon emitters, and that without considering agricultural emissions.

“The study only looked at Gates’s jet travel, but might have also considered Gates’s emissions from his farmland, which includes large tracts of corn and soybeans, which typically goes to feed animals (often on factory farms) — a particularly carbon-intensive model of agriculture.”

Christine Nobiss, founder of the Great Plains Action Society, which is led by Indigenous people, accused Gates of colonization:

“Billy Boy is smart enough to understand — he’s smart, he can do the math — that no one single person needs that amount of land. He’s basically participating in the never-ending cycle of colonization.”23

She’s among those who have suggested Gates give away his farmland as an act of reparations and as a way to ensure it’s used for sustainable food production, but as The Nation noted, that’s not going to happen:24

“Not that Gates is going to give up his vast farmland. Nor is he going to sell any of his houses — including his 66,000-square-foot mansion outside Seattle.

“He’s also not going to get rid of his private jet — a Bombardier BD-700 Global Express that consumes 486 gallons of fuel each hour. But, Billy Boy writes, he is going to start buying ‘sustainable jet fuel.’”

No Private Property for Americans, Except Gates

So what does Gates intend to do with all that farmland?

That remains to be seen, but it’s worth noting that when you own the land, you also own the water that’s beneath it, and with his vast amounts of land, he can grow all the genetically engineered soy necessary to create the fake meat he’s so heavily pushing.

For those who control resources like food and water, power is limitless, and control of the food supply is part of “building back better.”

Founder and executive chairman of the World Economic Forum (WEF) Klaus Schwab first started circulating the idea of The Great Reset, of which “build back better” is an integral part of.

WEF has partnered with the EAT Forum, which will set the political agenda for global food production.

The EAT Forum was cofounded by the Wellcome Trust, which in turn was established with the financial help of GlaxoSmithKline.

Gates is also a supporter of The Great Reset,26 which is curious since his massive accumulation of wealth and land is the opposite of what The Great Reset promotes.

In truth, wealthy technocrats will not redistribute their own wealth during the reset, but will only continue to grow their financial empires as the rest of the world consents to giving up their privacy and ownership of all property.27

In fact, EAT developed a Planetary Health Diet that is designed to be applied to the global population and entails cutting meat and dairy intake by up to 90%, replacing it largely with foods made in laboratories, along with cereals and oil.28

“[While] billionaire philanthropists and technocrats are acquiring land at an accelerating speed, they appear to be telling the general public that in the future private property will virtually cease to exist.

“In his books, World Economic Forum founder and globalist Klaus Schwab makes clear that the ‘Fourth Industrial Revolution’ or ‘The Great Reset’ will lead to the abolition of private property.

“Apparently, you won’t be allowed to own any private property and your only recourse will be to live in a state of permanent dependency on a small number of rich elitists who own everything. That used to be called feudalism, which is a form of slavery.”

By Dr. Joseph Mercola, the author of “The Truth About COVID-19,” where he investigates the origins of this virus and how the elite use it to slowly erode your personal liberty and freedom. You’ll also learn how you can protect yourself against this disease and what you can do to fight back against the technocratic overlords.

Sources and References:
ZERO School Children Died of COVID in Sweden During the 'First Wave' Despite Schools Being Open – Leading Academic Quits After Intimidation and Threats for His Findings Previous post
Tyrant Technocrat, Billy Boy, Wants to Realize Global Vision in His Lifetime Next post