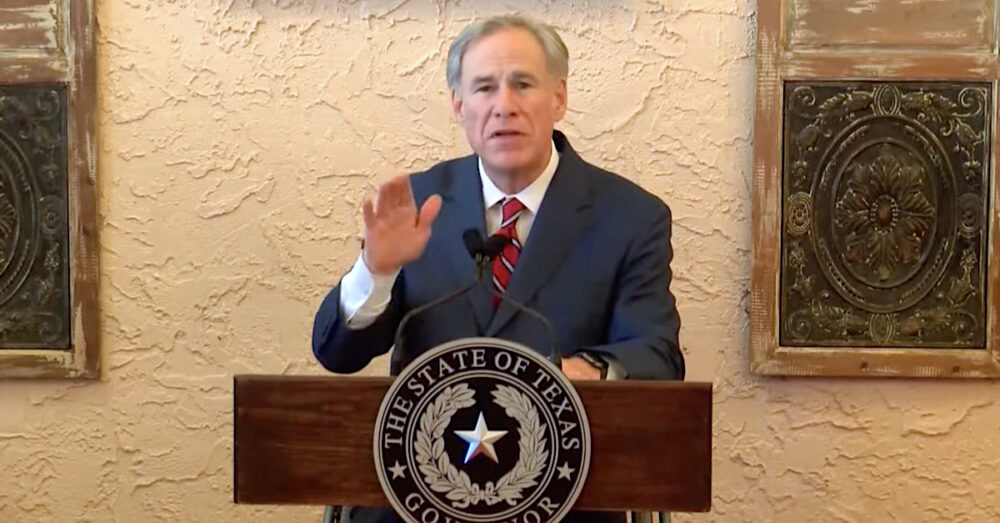 Texas Governor Greg Abbott just announced in a press conference that “Texas is open 100%”. In a tweet, Governor Abbott stated:

TEXAS—“I’m issuing a new executive order that rescinds most of the earlier executive orders.”@GovAbbott orders 100% of businesses in #Texas open and ends statewide mask mandate starting next Wednesday, March 10. pic.twitter.com/uALxx9cSjF

I will also include a couple of tweets that I found of particular interest:

Thank you Gov Abbott! You literally just saved my business and many of my fellow businesses! We appreciate you! God bless Texas! ❤️🤍💙

Stanford Professor Of Medicine: COVID-19 Has A 99.95% Survival Rate For People Under 70