Walking with the Tall Whites, a new Amazon Prime film covers Charles James Hall’s story, who claims he lived with extraterrestrials for two years. While most alien encounters stories tend to be brief, Hall claims he slowly learned to communicate and know them very well.

Hall was enlisted in the United States Air Force in 1964 and was stationed at a remote weather shack on the Nellis Air Force Base outside Las Vegas, Nevada, in ’65. There, he was tasked with observing weather patterns on the Gunnery ranges at Indian Springs.

Soon after marrying his wife, Marie-Therese, he disclosed that he had many encounters with what he described as “Tall Whites” at Indian Springs. Although not particularly interested in ETs, she believed him. Nevertheless, the topic remained private as they raised a family.

After eighteen years, Marie-Therese was surprised to learn her husband had been writing memoirs about his experiences. After reading them, she encouraged him to publish the memoirs, which share a unique recollection with many interesting details of what he claims took place.

Seen an excerpt of Walking with the Tall Whites below:

Note: If you haven’t seen the show, this will contain spoilers.

Before heading to his new assignment at a remote weather shack, Hall’s buddies told him about a legend on the base about “Range 4 Harry.” According to the story, Harry was “a large white radioactive horse that floated around the deserts.”

Hall believed it was a funny story meant to intimidate him as a new person and shrugged it off. However, it seemed there was much more to the story.

In the spring of 1965, the man he would replace as weather observer reluctantly took him on a brief tour of the weather shacks. While driving by truck, he became visibly “palsied with fear,” shaking and refusing to get out of the truck. Inside the shack, Hall found the logbook neglected as if nobody had been there for months.

Upon returning to base, the man told Hall he would never return and that he was “on his own.” Left to figure it all out for himself, Hall was isolated at the weather shacks and began to realize he was not alone.

First, he began seeing groups of mysterious floating lights in the sky. Later, he started seeing strange white figures. All the while, sounds that he thought were Western Meadowlarks seemed to move together in the nearby valley.

Alone in the Desert With Extraterrestrials

Hall describes first seeing a tall white woman inside the barracks late one night. She held a mysterious square object, lurking in the dark of the latrines. Hall described feeling so shocked by the encounter that he could only think to keep walking and go back to bed.

From there, the encounters with tall white figures continued. One day, he spotted a young girl running in mazes of sagebrush and went to help. As he got closer, the Meadowlark sounds seemed to surround him.

He drew closer and realized she wasn’t human. 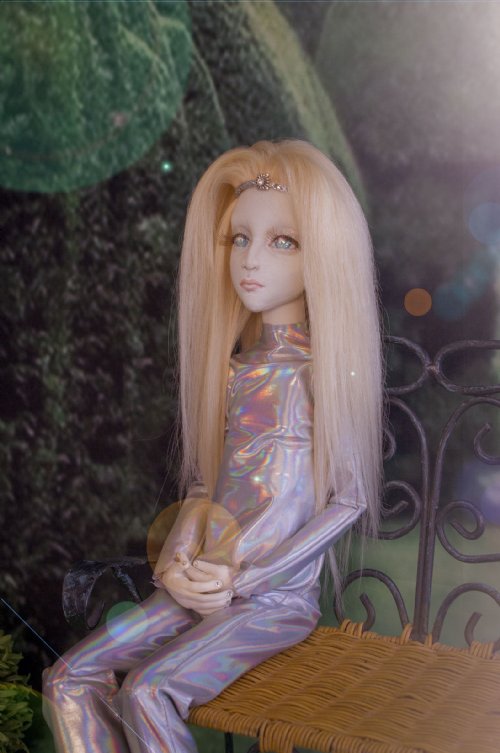 “I could see she was a little girl, but she wasn’t a human little girl,” said Hall. “The shock I felt can hardly be described.”

Overcome with fear, he staggered back to the weather shack. As he headed back, a tall white man he thought must be Range 4 Harry started running toward him. All that Hall could do was make his way back to the shack, dumbfounded by what he was seeing.

Afterward, he entered a self-denial phase, not wanting to believe the encounter was real.

After the harrowing experience with Range 4 Harry, Hall continued to see Tall Whites around the weather shacks. He began to realize they were curiously watching him, listening in on his conversations. A woman appeared looking at him, gleaming white in the sun. After following, Range 4 Harry stood up to let him know he was there too.

Alone in the desert, Hall had nobody to validate his experience. Was it real? Or, was his mind playing tricks on him?

After that encounter, he gradually began communicating with Range 4 Harry and learning more about the beings around him.

In time, he learned the Tall Whites could imitate human voices on the phone. However, they communicated with each other with high-pitched sounds. To him, they sounded like Western Meadowlarks.

From there, the encounters became more frequent, and he wasn’t sure at times if it was all a hallucination.

One day a smiling alien woman appeared over his shoulder as he wrote notes. Her skin was paperwhite, and she had thin platinum hair, small ears, thin lips, and small features.

Looking back, he believes she could have otherwise passed as human. On the other hand, she wore a suit that allowed her to levitate and a small helmet. Following the experience, he felt like he was going crazy with nobody to help him.

“I was dazed, and I was in shock,” he said. “There’s so many ways that you can be caught unawares and be afraid,” he said.

“You probably don’t realize how much humans depend on each other to validate their experience.”

In another encounter, he remembered the ETs used a square digital instrument to hypnotize him. Nevertheless, he could remember some of what happened. One day an alien scout craft blocked the road, forcing him to back up and return to base.

Details About the Extraterrestrials

Over many months, the encounters progressed until discovering many things about the beings. For example, he claims the Tall Whites may live 600 to 800 years, and communicate in sounds we can’t hear using their excellent hearing.

Notably, Hall suggests they first began visiting Earth in 5,000 BC.

In height, they’re tall but fragile in strength compared to humans. Unlike us, they are not adapted to Earth and more vulnerable. Thus, when near humans, they are extremely cautious and always well-armed.

“Even if they’re your friends, when they come, there’s always a certain tension,” Hall said.

Fiercely protective of their children, the Tall Whites would not hesitate to defend their families.

“You never once wanted to surprise them or scare them,” he continued.

Cooperation With the Government?

Although they were cautious, Hall claims the Tall Whites cooperate with the US military. 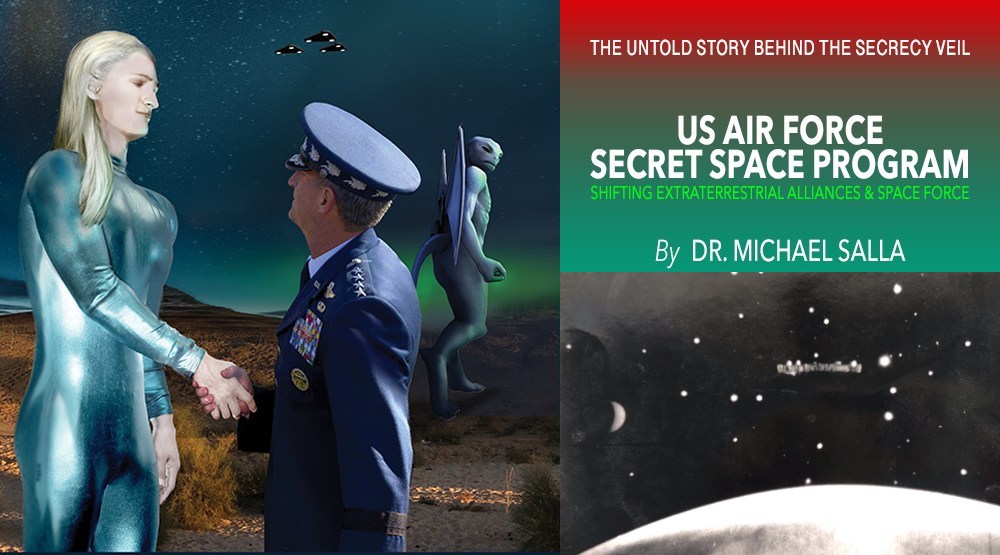 In exchange for the base at Indian Springs, they shared some knowledge, unwilling to share everything about their technologies.

In particular, they were reluctant to share deep space propulsion technology, he says.

Interestingly, Hall claims the Tall Whites have offered the government multiple Earth-like exoplanets. Since there are many, the ETs are not territorial.

In exchange, they requested help building bases their on which to land their spacecraft. Since the planets are relatively cold, they are not desirable to the Tall Whites as more than a temporary landing site.

Today, Hall remains unsure if they ever reached an agreement.

This is a very good video on the subject, and I highly recommend it. Towards the end, you will see Google Earth images of the base, and some very-very interesting things anomalies:

In the film, Hall views the UFO footage validated as authentic by the US Navy. According to him, the so-called “Tic Tac” UFO footage matches what he knows about Tall White scout craft. Thus, he has no doubt the videos are authentic and related to the beings he knew long ago.

Since 1967, Hall has never seen the Tall Whites again but are probably still visiting Earth. He remains open to the chance to meeting them again one day. Overall, his experience is interesting, and he seems to believe what he’s saying genuinely.

As an interesting (and bizarre) side note:

In 2014, Edward Snowden’s leaked documents seemed to align somewhat with Hall’s story. However, it also included many conspiracy theories.

Notably, the content may have originated with an alleged report by Russia’s FSB spy agency, later published in Iran. Considering the source, it’s highly dubious to say the least.

“Snowden, who has been given asylum in Russia, leaked documents that a race of extraterrestrial ‘tall whites’ arrived on Earth, helped Nazi Germany build a fleet of advanced submarines in the 1930s, and then met in 1954 with President Dwight Eisenhower ‘where the ‘secret regime’ currently ruling over America was established.”

Canadian Doctors Speak Out Against Government COVID Restrictions: Masks and Vaccines Not Needed! Previous post
Warning! The World Economic Forum Ran a Financial Cyberattack Simulation That Led to a Great Reset of the Global Economy Next post