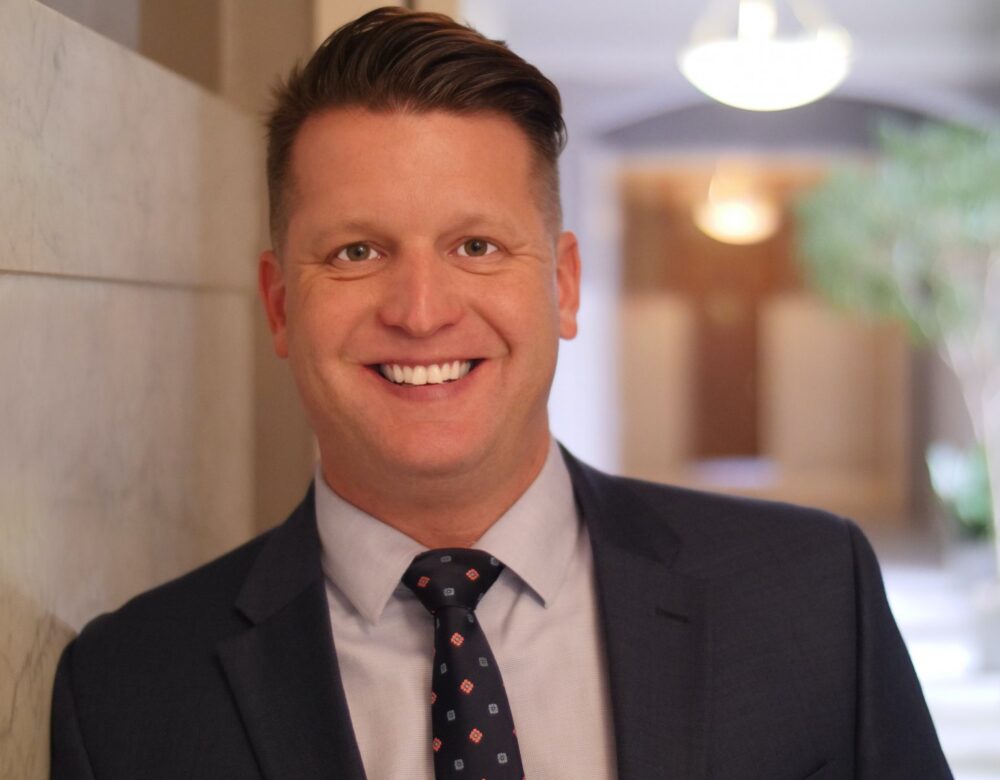 Blomme is also the former head of the Cream City Foundation, which sponsors Drag Queen Story Hour in Milwaukee, has been arrested on charges of possessing child pornography. 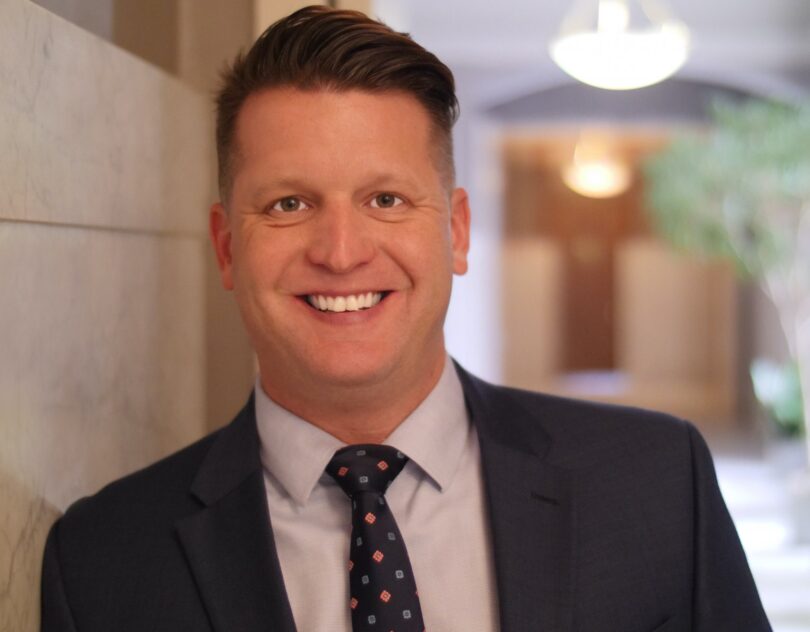 Milwaukee District Judge Brett Blomme was taken into custody by special agents “following an investigation into multiple uploads of child pornography through a Kik messaging application account in October and November 2020,” according to a statement.

38-year-old Blomme had uploaded 27 videos and images containing child pornography, including two files that were uploaded at the Milwaukee County government building.

Blomme, who is currently assigned to Milwaukee County Children’s Court, “Was the head of the board of zoning appeals for the City of Milwaukee, appointed to the post by Milwaukee Mayor Tom Barrett, and head of the Cream City Foundation, which provides grant money to LGBTQ groups in the Milwaukee area,” reports the Milwaukee Journal-Sentinel.

“A longtime LGBTQ activist, Blomme previously was director of major gifts at the AIDS Resource Center of Wisconsin for 18 months, following a stint at the Madison City Attorney’s Office. From 2011 to 2015, he practiced criminal defense with the State Public Defender’s Office,” states the report.

Blomme, who championed himself as “the progressive alternative” during his last political campaign, is married to a man and has two adopted children. 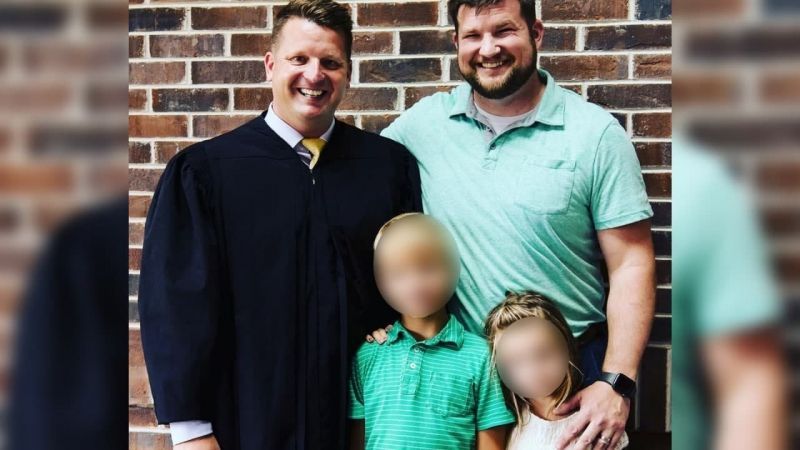 [I hope someone interviews the children, because this can potentially uncover child abuse!]

According to the Cream City Foundation’s official website, Drag Queen Story Hour is “A fun and entertaining way to educate all ages about progressive social justice & human growth and development issues through literature and reading.”

The foundation also invites people to financially support Drag Queen Story Hour in Milwaukee by donating on the website.

According to OpIndia, Blomme’s connections to the Cream City Foundation are now being scrubbed from the Internet.

Blomme’s arrest will bolster concerns that individuals connected with Drag Queen Story Hour, a nationwide program, are predators who shouldn’t be allowed anywhere near children.

The following is a long series of examples:

1. In 2019, it was revealed that the Houston Public Library allowed a registered sex offender to read to children as part of Drag Queen Story Hour.

One of the program’s drag queens, 32-year-old Albert Alfonso Garza, was convicted of sexually assaulting an 8-year-old boy in 2008.

2. A second “drag queen” who’s been actively involved with readings of LGBT books to young children and infants at “Drag Queen Story Hour” (DQSH) public library events throughout the greater Houston area of Texas has been outed as a convicted sex offender and pedophile, as well as a “transgender prostitute.”

According to records uncovered by MassResistance, William Travis Dees, the drag queen in question, is a current member of the “Space City Sisters” drag queen group. He’s also repeatedly volunteered as a “greeter” for young children at various DQSH events, as well as assumed other roles at these events that allowed him close access to underage children.

3. We have highlighted numerous instances where drag queens have engaged in overtly sexual behavior in front of children during Drag Queen Story Time events, including an incident in the UK where a drag queen taught toddlers how to twerk and another who flashed children a glimpse of his crotch during an event in Minnesota.

4. An elementary school in Austin, Texas invited a convicted felon drag queen to talk to children having either ignored or failed to carry out a full background check. The Blackshear Fine Arts Academy invited “Miss Kitty Litter ATX” (real name David Robinson) to spend time with kids despite Robinson being a convicted prostitute.

5. A video posted to Tik Tok shows a drag queen dancing suggestively in front of a girl no older than 6 as adults in the room applaud and cheer.

6. A Scottish MP invited a drag queen called ‘Flowjob’ who had previously uploaded sexually explicit content to Twitter to a primary school and then called parents who complained “homophobic.”

7. A children’s author, whose books are frequently read at Drag Queen Story Hour events across the country, was caught “liking” an Instagram picture posted by a proud pedophile. A screenshot shows kid’s author Todd Barnes liked an image of a triangle spiral tattoo, which is a well-known pedophile symbol for a “boy lover.”

A particularly creepy part was when one of the Drag Queens read “What color is your underwear” to the young kids. It’s a shabby looking children’s book that is not specifically LGBT-themed but has a troubling focus – given what we know about “Drag Queens.”

In the book, various animals show the others their underwear. At the end the elephant says, “I’m not wearing any underwear.” Is this a subliminal encouragement for the young children? At one point the “Drag Queen” reader blurted out, “Oh, don’t moon me!”

9. Photos out of Portland, Oregon show young children lying on top of a drag queen during a ‘Drag Queen Story Time’ event. The images show kids aged 5 and under frolicking on top of drag queen Carla Rossi during an event at St. John’s Library.

The photos were posted by the Multnomah County Library’s Flickr account but were swiftly removed once Life Site News drew attention to them. What kind of a sane adult would allow this to happen?

10. Families at a Manhattan public school talent show got an unexpected lesson in human sexuality when a grown man took the stage in a black, sequined dress and flaming red wig and performed a raunchy drag number where he grinded the stage and spread his legs.

Parents and kids as young as 5 were shocked when a man identified as Public School 96 Parent Association President Frankie Quinones took the stage and did an explicit lip-synch performance of a song by the campy 1980’s Puerto Rican music sensation Iris Chacón.

“People were horrified,” said Raquel Morales, who was at the event with her son, a fifth-grader who attends a public school in District 4. “It looked like a nightclub performance. I’ve been asking for an apology from the district for the last week, and they’ve been ignoring it.”

11. The creator of Drag Queen Story Hour, Dylan Pontiff, is doing his part to “groom” – his words, not ours – innocent, underage children into embracing the LGBT lifestyle:

So there you go, parents, right from the horse’s mouth. They are now openly coming for our children, and they have placed many like-minded individuals in positions of power. It is our duty to push back and protect our children from this satanic agenda!