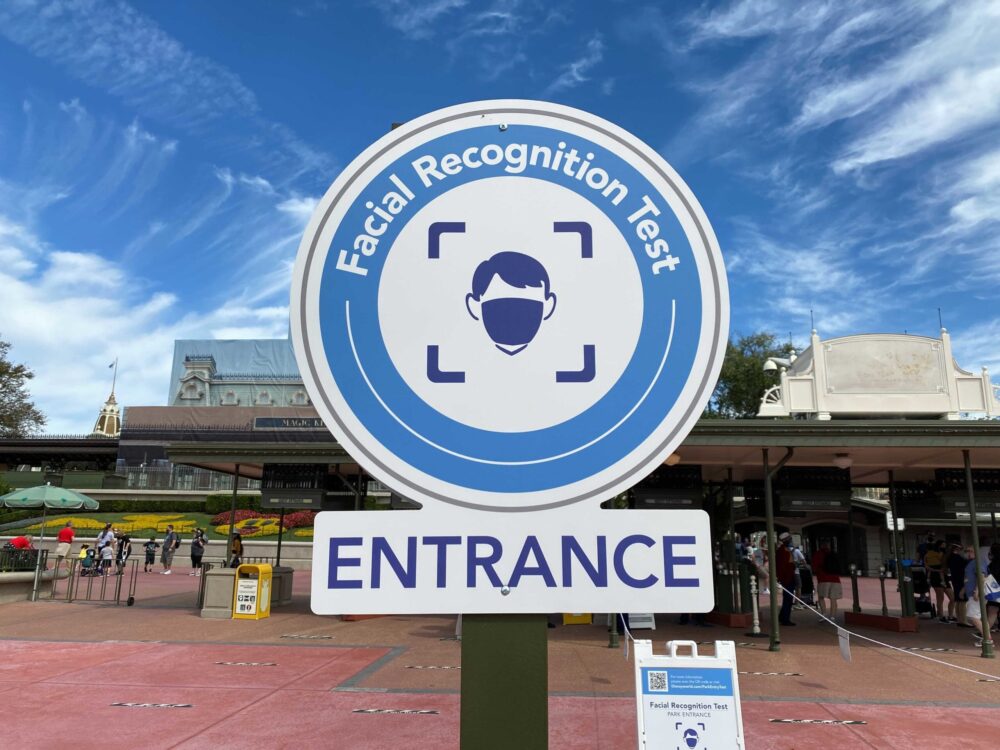 Disney Uses COVID-19 as an Excuse to Install Facial Recognition

Sadly, Walt Disney World has joined the ranks of airports and corporations using COVID-19 as an excuse to install facial recognition.

According to the Disney Tourist Blog, Walt Disney World will trial facial recognition at Magic Kingdom. 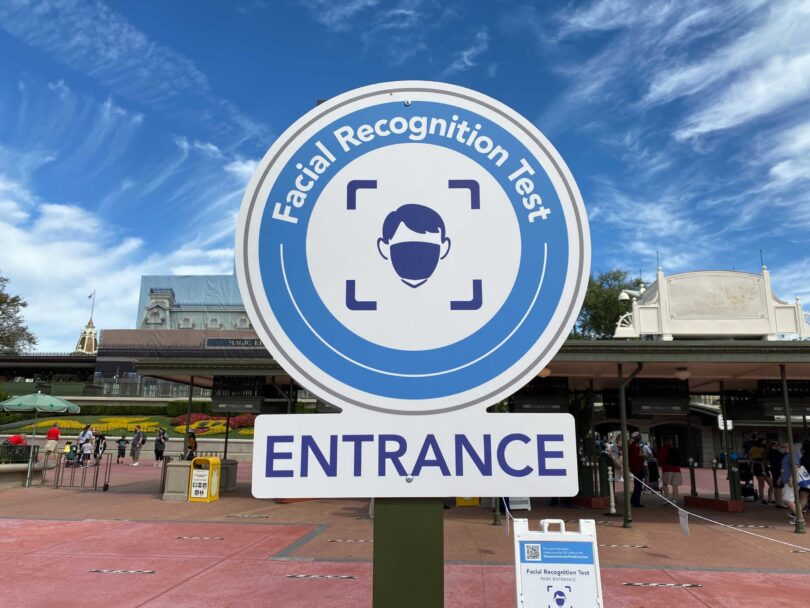 Walt Disney World has been treating families like suspected criminals at a TSA checkpoint so it’s the next logical step for them.

“As part of an ongoing effort to enhance the arrival experience for guests at the entrance to Magic Kingdom Park, we have relocated some of our bag checks and metal detectors to the Transportation and Ticket Center and the monorail stations at Disney’s Contemporary Resort, Disney’s Grand Floridian Resort & Spa and Disney’s Polynesian Village Resort” said Disney spokeswoman Rebecca Peddle.

“From what I have heard over the next year Disney is going to implementing new security measures to all of their theme parks entrances. Early reports state that we will be seeing airport style security scanners, hand-held wand scanners, and more uniformed Police presences with K-9 units,” blogger Anonymouse said.

According to a Walt Disney World announcement, Magic Kingdom will be using facial recognition to ID guests between March 23 and April 23, 2021.

“At Walt Disney World Resort, we’re always looking for innovative and convenient ways to improve our Guests’ experience — especially as we navigate the impact of COVID-19.”

“The technology we’re testing captures an image of a Guest’s face and converts it into a unique number, which is then associated with the form of admission being used for park entry.”

Nothing says ‘improving a guest’s experience’ quite like using facial recognition to track their movements.

Walt Disney World’s claim that, “children under the age of 18 who wish to participate may do so with the consent and in the presence of a parent or guardian,” is somewhat misleading.

If a guest (child under 18) approaches a ride or walks through the park how does facial recognition not ID them or associate them with a parent? Facial recognition cameras do not automatically stop trying to ID adults and children because they refused to participate.

That is not how this technology works. 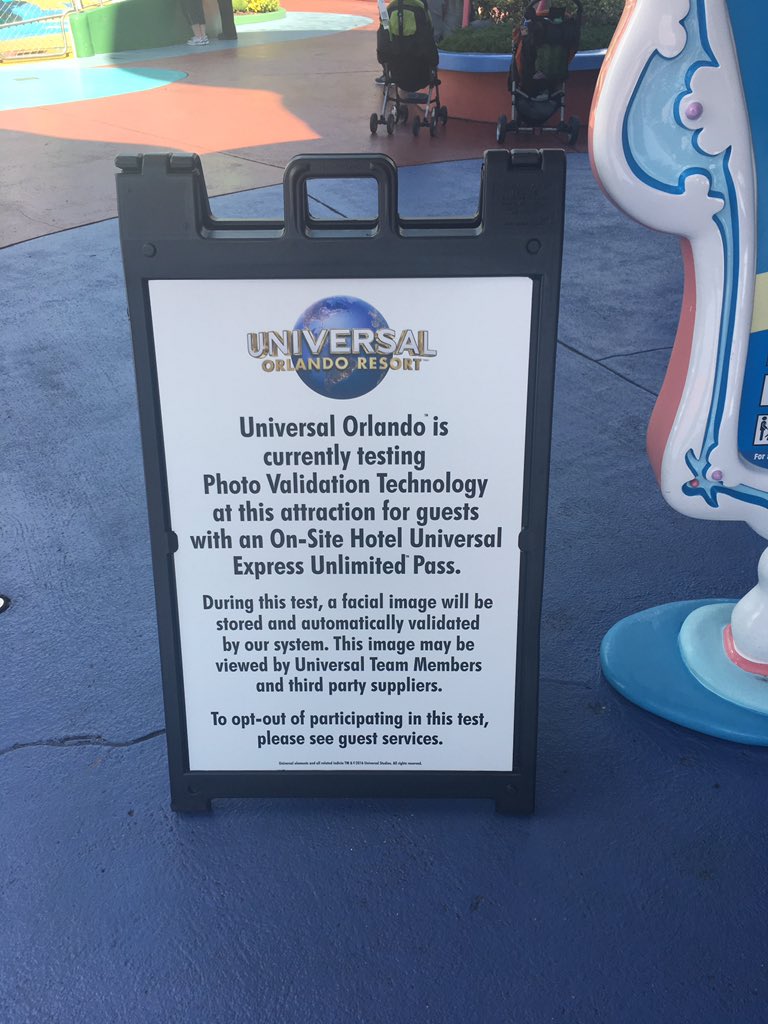 The Walt Disney World announcement also revealed that they are storing guest’s faces.

“If you return to Magic Kingdom park during our limited-time test, consider entering using the same designated entry points. Re-entering through the same lanes helps us better understand how the technology works.”

If Walt Disney World permanently installs facial recognition in Magic Kingdom how will they use the images of the roughly 20 million guests who visit the park yearly? (Note: the 20 million figure is pre-pandemic).

As the Disney Tourist Blog said, “facial recognition has already proven controversial among Walt Disney World fans. The objections are more or less what you’d expect, along the lines of past Big Brother concerns about Walt Disney World.”

“Facial recognition technology is fairly ubiquitous, and its utilization in public settings and at private businesses might surprise people. We don’t know the degree to which Walt Disney World is already using facial recognition, but sophisticated surveillance systems have been in place for years. Casual guests may not notice them, but there are cameras all over in the parks. It’s one of those things that once you start noticing them, you spot them everywhere.”

A recent announcement shows that Walt Disney World is changing its focus to making profits through the digital world.

“Over the next year Disney will focus on providing a more seamless, personalized and franchise-focused ecommerce experience through its shopDisney platform which will be complemented by greater integration with Disney Parks apps and social media platforms. Disney Consumer Products, Games and Publishing includes the world’s leading licensing business; one of the largest children’s publishing brands globally; one of the largest licensors of games across platforms worldwide; and consumer products at retail around the world.”

As Variety revealed, Disney Plus is also raising their fees in the U.S. this Friday.

For a company valued at over $201 billion it appears that the last thing Walt Disney World cares about is public backlash over facial recognition.

Marc Morano’s New Book 'Green Fraud': So Explosive, the Far Left Now Pressuring Amazon to Stop Selling It! Previous post
ONE Year Under Lockdown — Will Our Freedoms Survive the Tyranny of COVID-19? Next post