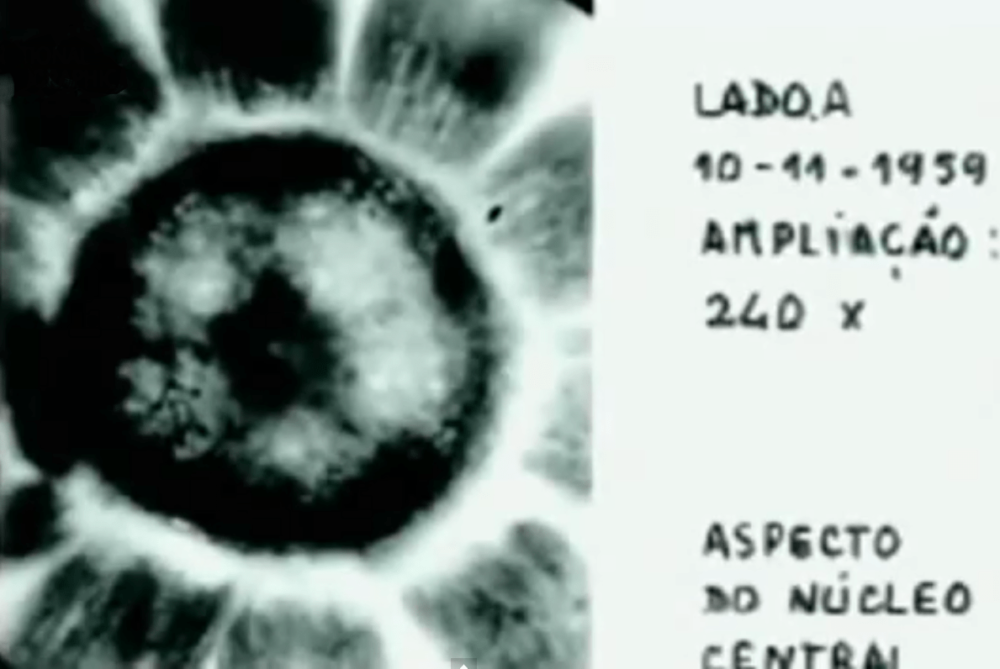 On November 2, 1959 in the Portuguese city of Evora was witnessed one of the strangest paranormal events. After the sighting of an alleged UFO, strange gelatinous filaments of white began to fall all over the city, completely covering it in a dense white layer. Schools and jobs had been intervened, evacuating people completely. 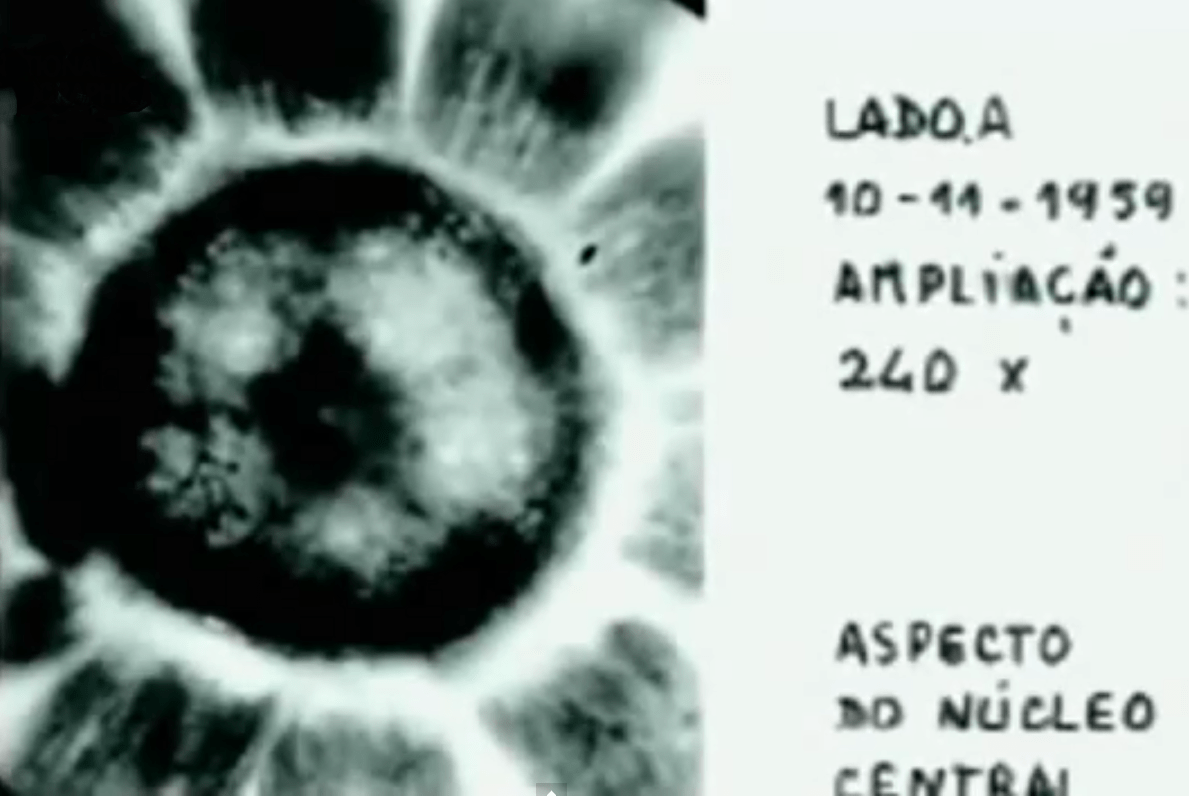 The Armed Forces and the scientists of the University of Lisbon chose to take a sample of the strange organism of Evora as a measure of security for the population, but due to the weak external structure of the same this task was almost impossible.

When the analyzes culminated, they argued that the strange white substance was nothing more than a “Unicellular Organism” of some sort, in other words a kind of microbial life.

The question was “Where?”, Because in the laboratory analyzes it was observed that the organism showed strange and curious characteristics that were not present in the earth.

Professor Joaquim Guedes do Amaral director of the industrial and commercial school is in his routine when his companions warn him that a strange object is flying over Evora.

Joaquim despite having a clear sky and the totally visible object decided to mount a telescope to see it more closely, after the first “UFO” half an hour later appears another that can be seen in detail by the telescope, “UFO” is described like something like a jellyfish, it also rippled alike but it moved through the sky at great speeds stopping and resuming the march, half an hour later.

Meanwhile, from the sky, mysterious spider webs fell, during 4 hours this phenomenon occurred, children played with this material, so Joaquim quickly ordered the children not to have contact with this mysterious material as a witness of the Fatima Ernesto case. Joaquim put to work both teachers and students to collect this material for analysis in the laboratory. 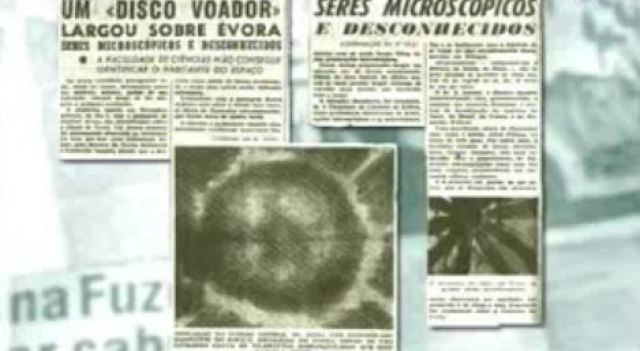 Fátima, Portugal: Over 70,000 People Watched As The ‘Sun’ Whirled Around The Sky

Interestingly Conceiçao e Silva son of the friend of Joaquim Eugenio e Silva was doing aviation tests at the base of Sintra when they witness the same phenomena that in the University and these are verified by the military, Conceiçao years later to become chief of staff of the military air force of Portugal.

Joaquin went to see Conceiçao’s father, Eugenio who was his friend as well as a member of the astronomical society of France, analyzed the strange substance where there seemed to be a creature, by putting the plates made something atypical for any microorganism on earth (for no say made something unique) that was to oppose resistance to the crushing of the plates, Eugenio proposed that he make a report on everything that happened.

Evora’s microorganism was 4 millimeters thick and was made up of a nucleus with tentacles, this strange creature had defensive reactions to the plates for laboratory analysis at such a level that subsequent tests proved that it was resisting its tentacles against nothing else or anything less than 350 grams of pressure.

“… Initially observed the preparation presented various colorations: the central body was yellow, egg color, while the tentacles showed a very intense red color. Over time a clear alteration of the colors was observed, the contrasts disappearing to give rise to a yellow brown tone, which became more and more dark.

“The tentacles are formed of parallel filaments, joined together by a gelatinous substance. Each filament or strand is transparent, revealing in its interior corpuscles whose number increased with time (…), these filaments projected strongly on the sheet of glass, drew in it a perfectly defined line of contact where certain cultural formations appear to emerge (…); in the middle of the central body is seen an opening in the form of a mouth, around which are observed finest drawings, corresponding, perhaps, to folds or fissures existing in the substance that composes it (…). You can also see dark and round spots that draw a pentagonal shape that became increasingly regular.

“The observations were made for about two years, at the end of which the tentacles, and then the central body, were disintegrating, progressively fraying.”

Several, possible origins, for the creature:

Researchers such as Javier Sierra, Francisco Mourão Corrêa, Coordinator of Exopolitics in Portugal and endless biologists and researchers of the UFO phenomenon others have studied this case very closely.

Persecution and finally the destruction of evidence.

Professor Joaquim Amaral left the sample in the faculty of sciences of Lisbon, many professors tried to undermine him, to brake him and to diminish him in his investigations.

The dictatorial regime of Salazar prevented the news from this finding, there is a letter from some professors who sought to stop the publication of this report at all costs.

In 1978 a fire in the faculty of sciences of Lisbon ends with the tests of the microorganism of Evora, the focus of the flames was located by the firemen, mysteriously, very close to the microorganism. This fire destroyed all written reports and the Microorganism.

It is known that in the 14th century there was talk of a strange substance called “Jelly of stars”, which today is described as a translucent or grayish white gelatine, attributed to meteorites, which tends to evaporate shortly after the fall , but that in antiquity, people assumed it to the time in zeal of the deer.

There is a Chilean researcher called “Guillermo Aguilera”, who claims to have witnessed several times the strange events of this strange phenomenon:

“My experience with this strange element was several times in the city of Buenos Aires, but the best memory was in the neighborhood of Belgrano, near the center of the city approximately in 1972, where I could witness a real rain of these elements, I could take in my hands some, the sensation is of something with warm temperature, almost without weight and if it stays where it was supported it does not disappear so fast but if one manipulates it disappears, it does not produce the annoying sensation of the spider webs.” 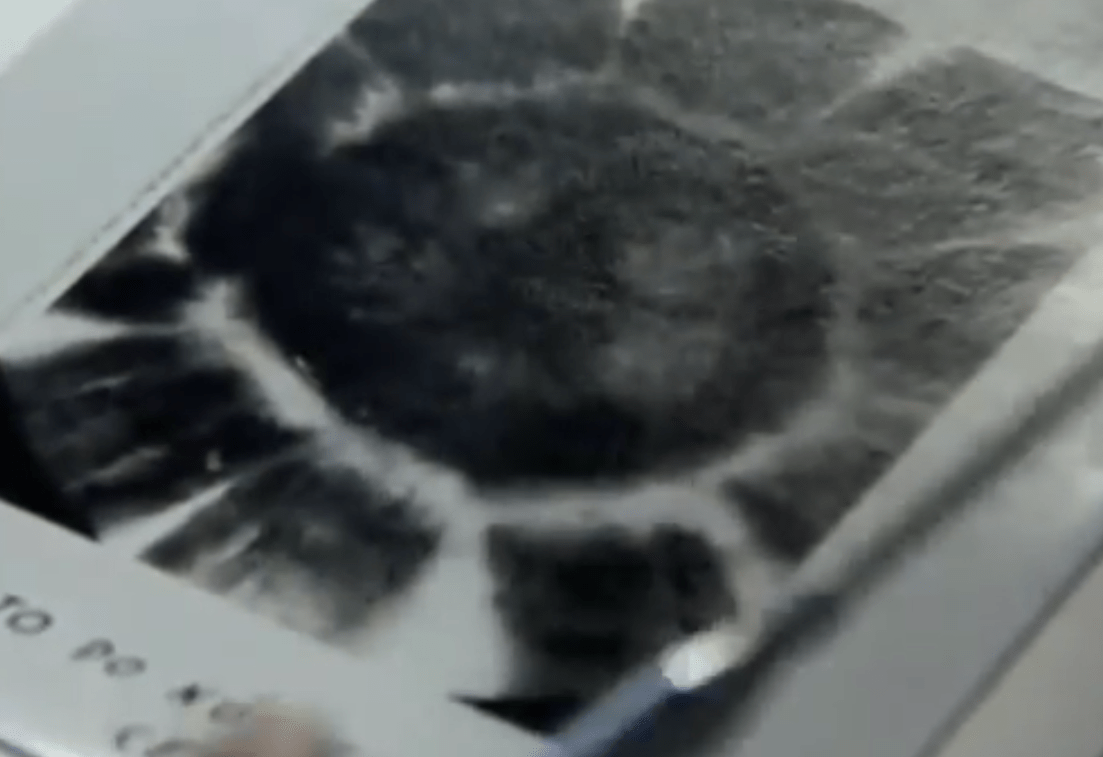 It is very common to relate these facts with sightings of extraterrestrial ships. Not to mention the case of Évora, one of the most impressive incidents occurred on December 7, 1997, when the group “Contacto Ovni” of Colombia met as usual in the area of ​​”Tabio”, on the hill of “Huaika “.

According to some members of the group. “Raul Atencio, Edgar O, William Chaves, Carlos and Martha”, about 11.45 pm, began to drizzle.

“The good thing about the experience is that we felt the rain and did not get wet, it seemed that what was falling was not water, but kind of energy in the form of cotton. At that moment appeared an object in the shape of a phosphorescent bluish tube at a height of 1,500 meters and the supposed rain continued for about 25 minutes.”

One of the many curious cases of which they inform, although not exempt of the doubt by the witnesses of the same one.

CBS Reports There Are Now 13,000 ‘Kids In Cages’ At The Border Previous post
Bombshell! Public Health England Admits it Cannot Scientifically Prove That COVID-19 is Contagious Next post