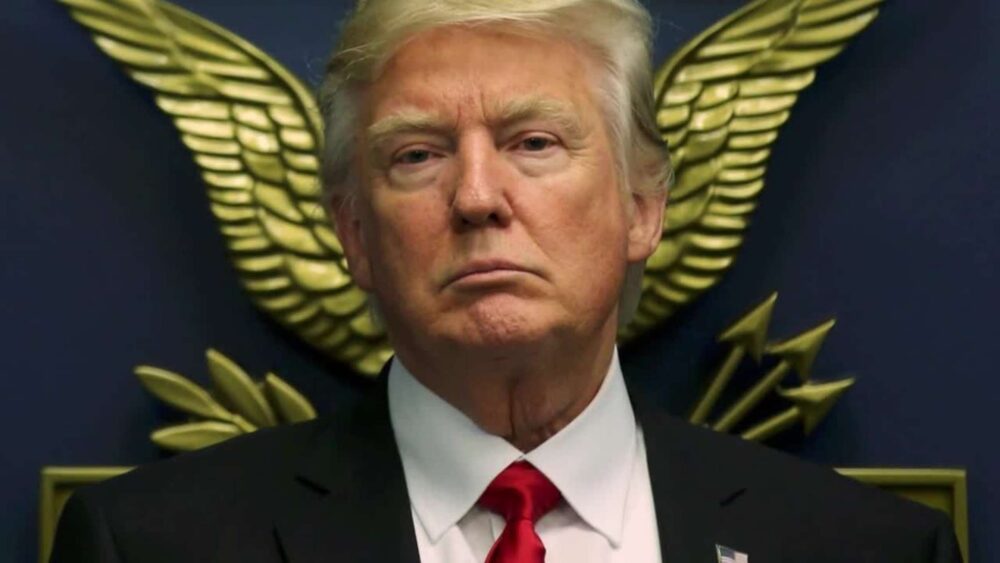 Sergey Ivanov, Vladimir Putin’s former chief of staff, currently on the Russian Federation Security Council, has weighed in on the “historical scale of the personality and achievements of President Donald Trump” in an op-ed for Eurasia Daily. 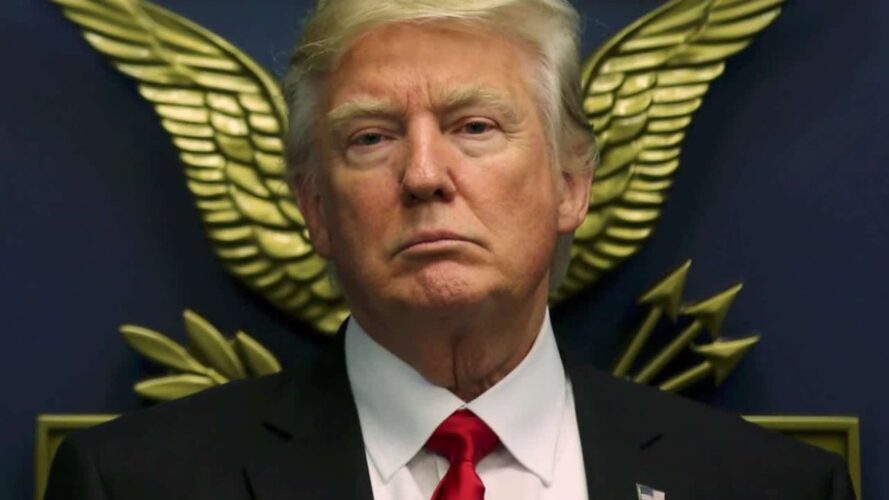 I have changed not a word of what he has to say. In his national ideology, Putin warns repeatedly of the dangers from the “Transnationalists” (Proekt Rossiya [Project Russia], EKSMO Press, 2014).

The Russians are joined by the British with their Brexit and the French with their Front National led by populist Marine Le Pen.

Populism actually straddles the Atlantic, and Donald Trump is regarded as its hero.

As Ivanov observes, if Joe Biden, the American Deep State, and the world global elites have called Donald Trump the “worst president in U.S. history,” well, it is because they know best who is the worst — for them.

In contrast, those on the Russian side of the world itself correctly see Donald Trump as perhaps the best president in the history of the United States, a “modern George Washington.”

Also read: Davos, THE GREAT RESET And The Plot To Cancel Trump

As Ivanov explains, if the first president of America fought to lay the foundation of the nation and state, the beginning of American freedom, then Trump fought, still fights to preserve the legacy of the founding fathers, to defend freedom, so that in the end, he will not come to be the last truly elected president of the United States.

He, like Washington, is of the flesh of his people, 100% American, a classic self-made man, a living embodiment of the American dream. Trump is a successful entrepreneur, a man of action, and a man of his word. He built up America all his life and became its true national leader.

To Ivanov, not only the American, but also the world history of these past centuries hardly holds another example of a politician, having no actual “party machine” at his disposal, who was likewise able to become the head of state and receive such phenomenal support from the people. 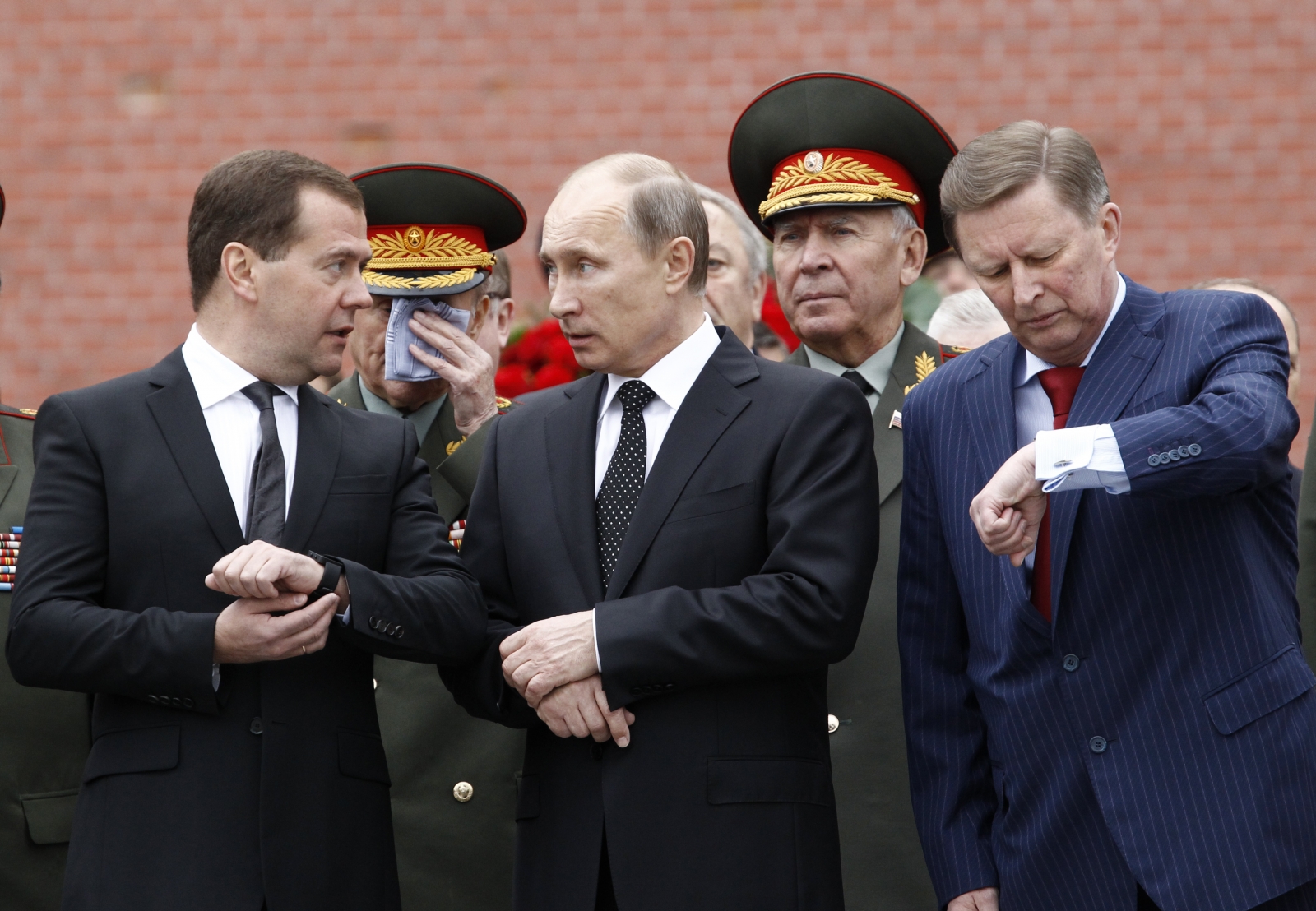 It is significant that even amid the intimidation of the pandemic, used by the globalists to disrupt Trump’s promising triumphant election campaign and prevent the consolidation of the American nation around its leader, many thousands of people gathered to meet with the president.

What other world leaders over the past half-century can boast of at least something similar? Yet all of “progressive” humanity has taken up arms against Trump.

The entire communist “Internationale,” from leftist extremists to Chinese comrades and ending with Pope Francis, fought an undeclared war to destroy the American leader for all four years of his presidency.

After all, without control over the U.S., the globalists cannot successfully build their own New World Order.

Together with Joe Biden, they celebrate not only BLM, Antifa, and their “curators” like Soros and Pelosi, not only Merkel and Macron, but also anti-democratic regimes around the world, from China and North Korea to Venezuela and Cuba.

In the United States itself, immediately after Trump came to the White House, Deep State functionaries from both parties provided unprecedented opposition to all of his endeavors.

Like the real American hero he is, Trump took up the fight and virtually single-handedly confronted the global monster devouring the American state. He won this confrontation, perhaps the last “western” of American history.

Fighting the “bad guys” from the Deep State, he tore off their mask, the mask of “Freedom, Democracy, and Concern for the Welfare of the People,” under which the self-proclaimed world elite have done their business.

Having torn it away, Trump presented not only the U.S., but also the world with factual proof of the existence of the Deep State, this symbiosis of socialists, liberals, “democrats” of all stripes, and anarcho-“greens,” and forced the globalists to reveal their real goals.

Now everyone is aware that the construction of Paradise on Earth is by no means included in their goals.

Rather, one can see that the architects of the New World Order are pushing humanity in the direction opposite to Paradise.

Something else cannot but amaze Ivanov: why destroy a prosperous country? What did Trump do wrong? In the shortest possible time, he accomplished phenomenal economic successes: millions of new jobs, rapid growth in incomes.

The percentage of working wealthy people among Hispanics and black Americans has grown significantly. The number of abortions has dropped significantly.

Illegal immigration has been limited. Trump achieved phenomenal, tangible successes in the international arena, without a single war — on the contrary, the consolidation of peace in the Middle East.

All this, against this background, this incessant, evil hiss: “the worst president,” constant hysterics of “Dem riffraff,” of all colors of the rainbow, from that old, Italian witch-b—– to the well fed clown-celebrities and athlete-morons.

Comparison of these facts naturally leads to the question, why did President Trump not please the Deep State? Is it because he is not a minority, but just a successful white man?

Today, for the leader of a “democratic” country, this is a minus, but there is no particular crime in this, either.

Or is it a crime to ensure rapid economic growth, to strengthen state institutions, to protect constitutional rights and freedoms of citizens, the traditional family, morality, and religion?

The Deep State should be interested in the power and prosperity of the United States.

Surely its functionaries cannot cut the branch on which they sit with their own hands, deliberately destroy the country in which the ruling class is constituted…

Since at least the middle of the 19th century, liberals, socialists, and other “friends of the people” have been preaching that the economy plays a leading role in the life of society.

This “truth” has become a mantra for the entire “enlightened” public. Yet what did we see in Trump’s case?

It turns out that the global elites that preach “economy” are in fact much more concerned about ideology — in particular, the protection of LGBT “rights.”

What exactly does it mean to “promote” homosexuality? This is not just an abstract “destruction of the traditional family.”

In fact, this is the propaganda of childlessness. That is, they push the human race toward its gradual extinction, toward self-destruction.

How can the Deep State fail to understand this? Why did they inspire and pay for the BLM movement, the pogroms and desecrations of churches, the mortal terror against the forces of law and order? To strengthen American statehood?

Perhaps other priorities of the global elites, like feminism, the fight against racism, the green economy, in combination with the promotion of homosexuality, will contribute to the growth of the well-being of the American and other peoples?

Another historically significant consequence of Trump’s victory in the collision with the Deep State, the American vanguard of the global elites, is that the “secret” has been revealed.

The longstanding “conspiracy theory” regarding globalists intent on taking over the world has been clearly confirmed and ceased to be a theory; it is now objective knowledge.

It has successfully passed the experimental test and is no longer a hypothesis, but an observable fact.

Those who wish can call it a “conspiracy” — or, to be politically correct, “a non-public agreement of the elites concluded to achieve goals that are difficult to formulate publicly.”

Whether the globalists manage to build their “New Order” and put an end to history, whether President Trump turns out to be its last hero, the future will show. But even today, thanks to his historic victory, everyone who has eyes can see who is leading and who is serving.

Ivanov ends his op-ed this way: “See and fight for your future.”

Lynn Corum is a translator of Russian who studies developments in the Russian press that affect America’s national interests. She has been researching and writing on Putin’s stated plans since 2009, and is a world expert on Project Russia, the Kremlin’s published state ideology.

460 Deaths and 243,612 Injuries from COVID-19 Vaccines Reported in the U.K. Previous post
9 Air-Purifying Houseplants for Your Living Room Next post