Spain’s highest sanitary authority, the Agency for Medicine and Health Products (AEMPS), has banned the sale of a £51 nasal spray that claims to protect against COVID-19. The agency said there was not enough evidence of the product’s efficacy against the coronavirus despite clinical trials showing otherwise. 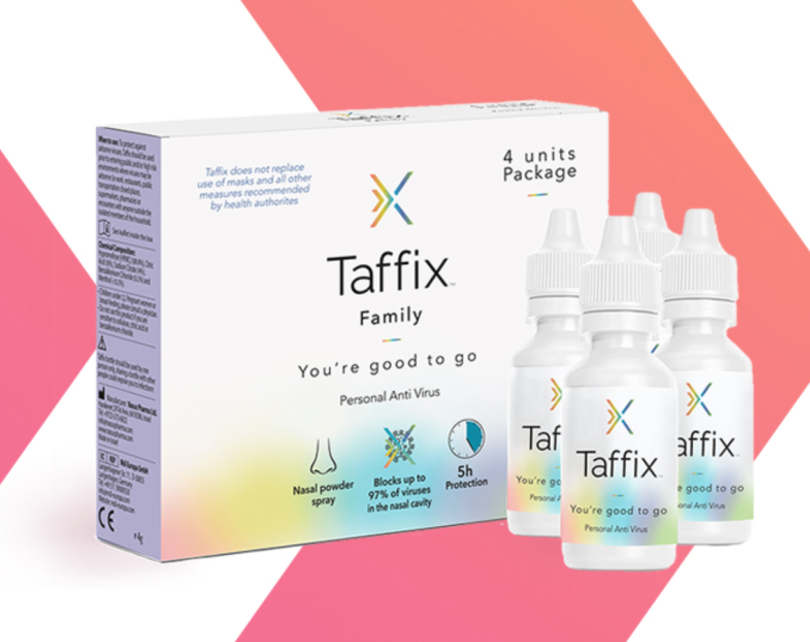 Nasus Pharma, a biopharmaceutical company based in Israel, created the nasal spray in question called Taffix. It was credited with preventing dozens of Jews from contracting COVID-19 at a religious festival last year.

The United Kingdom’s Medicines and Healthcare Products Regulatory Agency (MHRA) said it was also reviewing the product. A spokesman for the agency said they have taken the appropriate steps in response to inquiries raised regarding Taffix.

“Patient safety remains front and center in all our actions,” the agency spokesman said

Health experts warned that medical products like Taffix could give people false confidence and embolden them to take more risks. For instance, some people who have used Taffix might feel safe visiting a relative with COVID-19 and unknowingly put themselves at risk of contracting the disease as a result.

Taffix prevents infection by capturing the virus in the nose and coating it. Dalia Megiddo, director and co-founder of Nasus Pharma, said the product’s unique, thin gel has particles small enough to cover the nasal membrane but not small enough to enter the lungs.

This thin, acidic gel prevents viral particles from penetrating the nasal membrane. In other words, the gel traps the viral particles and renders them inactive. Each spray can provide up to 200 pumps. Taffix can be used up to four times a day for general protection. Nasus Pharma claims the effects last for about four to five hours.

Nasus Pharma also claims that Taffix has no known side effects. But according to its website, the application of the spray may cause a tingling or burning sensation in the nose. This may be due to the spray’s menthol scent.

In July last year, the company released a study it conducted with researchers from the University of Virginia. Barbara Mann, an associate professor of infectious diseases at the university, led the study. She and her colleagues were able to demonstrate that the spray blocked SARS-CoV-2, the virus that causes COVID-19, from penetrating the nasal membrane.

The spray also reduced the amount of live viruses by over 99 percent. Megiddo said the results agree with those of previous studies performed with Taffix. She added that the results showed how Taffix can become the first line of protection against viruses that attack the respiratory system, including SARS-CoV-2.

Megiddo said Nasus Pharma intends to pursue Emergency Use Authorization from the United States Food and Drug Administration (FDA) for Taffix in the hopes of increasing the product’s global availability.

Meanwhile, Mann said Taffix could provide a valuable protective measure that would help reduce the spread of the coronavirus and complement worldwide efforts to fight the pandemic.

Even though the study was not as rigorous as a standard scientific study, it still provided one of the largest real-world tests of Taffix.

But despite its apparent efficacy, Nasus Pharma officials warned that the spray should not be used in place of face masks or social isolation. Megiddo said Taffix should only be used as an additional layer of protection.