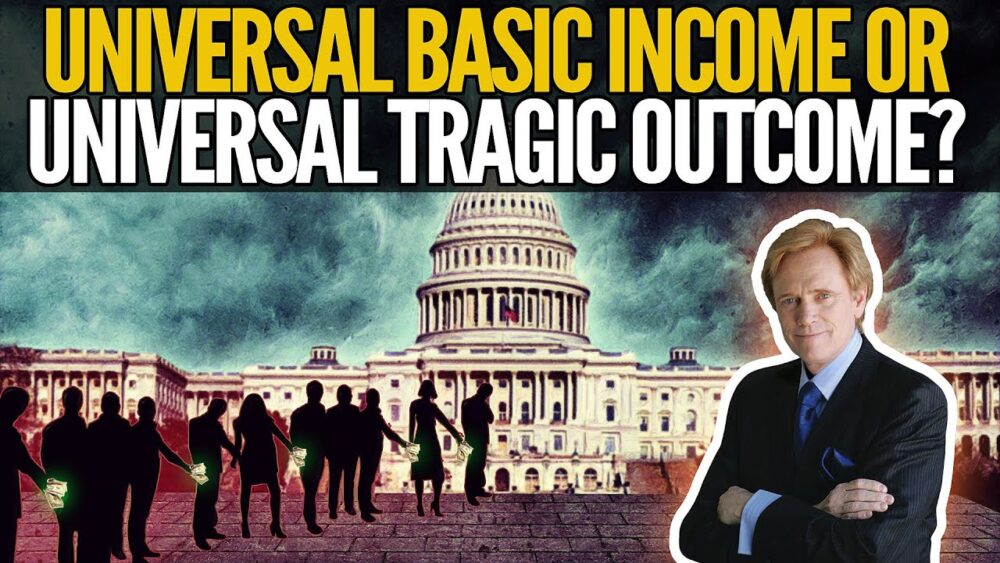 The Folly of ‘Universal Basic Income’

Last month, Republican senator and former presidential nominee Mitt Romney unveiled a proposal he calls the “Family Security Act.” The plan seemed shocking at first, especially coming from a solidly GOP senator: a guaranteed monthly cash benefit for families, amounting to $350 per month for each young child, and $250 per month for each school-aged child. 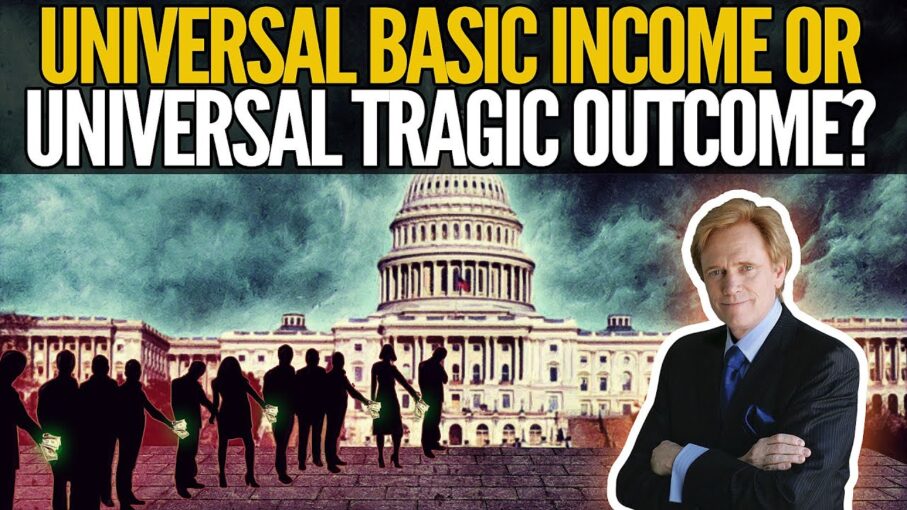 UBI (universal basic income) is an unconditional, periodic cash payment from government to everyone. With no strings attached. To qualify, you wouldn’t need to work or apply for a job if you’re unemployed, serve in the military (or at least register for the draft) or attend school to get it. In its purest form, UBI also isn’t based on your income or wealth. Everyone, from a hedge fund billionaire to a homeless person, would receive it.

Despite recent mainstream interest, UBI is hardly a new idea. It’s been endorsed by politicians of both parties, along with conservative scholars such as Charles Murray.

Historically, Thomas Paine, Napoleon, Huey Long, Richard Nixon, and Martin Luther King, Jr. all advocated for universal basic income. But the idea has received a new push thanks to its endorsement by Mitt Romney, along with Elon Musk and New York City mayoral (and former presidential) candidate Andrew Yang.

The pitch for UBI goes something like this: Thanks to the growing impact of artificial intelligence and related technologies, there aren’t enough income-generating jobs available for everyone. Soon, restaurants will be staffed entirely by robots or automated servers.

Hotels will be equipped with automated check-in systems and robotic butlers. And imagine a future where driverless vehicles are the norm. Researchers at Oxford University estimate that nearly half of US jobs could be eliminated by technology in the next 20 years.

While technology replaced mainly relatively unskilled workers over the last few decades, many of those at risk of losing their jobs to an algorithm in the near future will be highly skilled professionals. After all, why pay for a physician’s diagnosis when an expert system powered by AI could perform just as well in most cases, and never need to take a break?

Throughout human history, there has been an implicit assumption that society would provide for those who couldn’t work. Even at the dawn of mankind, the ancestors of Homo sapiens supported those who were disabled. As time progressed, the support networks set up by our hunter-gatherer forefathers were replaced by religious groups.

Ancient Jewish tribes fed and sheltered their disabled members, and this tradition continued in the Christian and Islamic religious traditions. In Luke 14:12-14 of the New Testament, Jesus is quoted as saying, “[W]hen you give a feast, invite the poor, the crippled, the lame, the blind, and you will be blessed, because they cannot repay you.”

Urbanization, fewer ties to organized religion, and a tendency for extended families to not live near each other have eroded these longstanding support networks. Governments have set up their own welfare programs to support the poor, the disabled and the unemployed, but their foundations are increasingly frayed. Hence the perceived need for a UBI.

There are, however, three principal arguments against the idea:

Senator Romney’s proposal attempts to deal with the first objection – cost – by scaling back the Earned Income Tax Credit and eliminating the head-of-household tax filing status, the child and dependent care credit, the Temporary Assistance for Needy Families program, and the ability for taxpayers to deduct state and local income tax payments. It would also tighten eligibility criteria for food stamps.

Meanwhile, Democrats have proposed their own version of a UBI in the $1.9 trillion COVID relief package that just passed the Senate and is heading back to the House for reconciliation. It would replace the maximum child tax credit of $2,000 with a monthly “child allowance,” payable monthly. The allowance would be $300 per month for children under six and $250 per month for older children up to age 18. This would be in addition to food stamps and other government benefits. And while Democratic leaders are selling the idea as a temporary plan, there are already indications they will seek to make it permanent.

Our thinking is that a UBI should only exist as a replacement for the creaking welfare state, and entirely revenue neutral. While Democrats don’t like that idea, with a national debt of $28 trillion and unfunded federal liabilities of nearly $240 trillion, simply adding a UBI to the existing welfare state doesn’t make a lot of sense. And even if the current proposal were designed to be revenue-neutral, we’d still oppose it, because it doesn’t deal with the core issues leading to unemployment and poverty.

A better strategy is to encourage the solutions societies have embraced since the dawn of mankind, especially charitable giving. One proposal introduced in 2019, the Universal Charitable Giving Act, would give taxpayers a direct deduction from gross income for charitable gifts. Creating incentives for individuals to donate to charitable causes is far better than adding trillions of dollar to our national debt.

While we are being introduced to the prospect of “owning nothing” by 2030 and being forcibly moved to a universal basic income (which is basically slavery and poverty combined), people like Billy Boy and Jeff Bezos are buying up huge amounts of farmland. Just recently, Billy Boy became the largest private owner of farmland in America, and was caught joining bidding war to buy the world’s largest private jet operator.

So, clearly, the 0.1% “elites” are not going to simply donate all of their billions, mansions, mega yachts, private jets, and car collections, and start living on $1000 a month. Which means that the Great Reset and the UBI are tools that facilitate the biggest transfer (heist) of wealth and power in history — if we allow it to happen.

Protecting your assets (and yourself) against any threat — from the government, the IRS or a frivolous lawsuit — is something The Nestmann Group has helped more than 15,000 Americans do over the last 30 years.

About the author: Mark Nestmann is a journalist with more than 20 years of investigative experience and is a charter member of The Sovereign Society Council of Experts. He has authored over a dozen books and many additional reports on wealth preservation, privacy and offshore investing. Mark serves as president of his own international consulting firm, The Nestmann Group, Ltd.