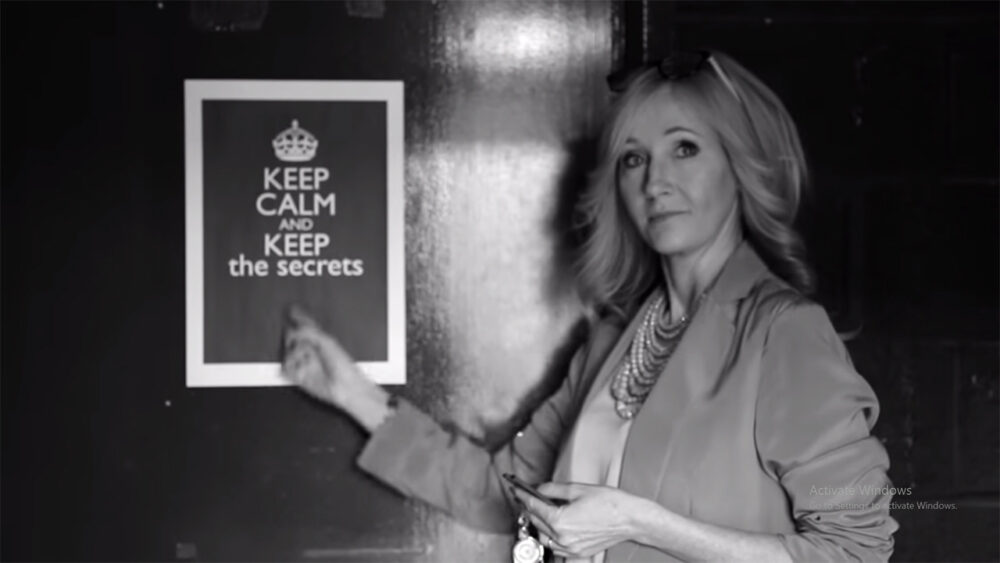 Who among us could not fail to enjoy the harmless fun and yet enjoyably scary tales about Harry Potter, the heroic boy-wizard and his epic fight against the forces of evil, along with his plucky chums, Hermione and Ron Weasly?

What wonderful entertainment we have all had from the vivid imaginings of Joanna K. Rowling, that ‘single-mother made good’ who somehow against all the odds, managed to drag herself almost from the gutter singlehandedly, to become a multi-billionaire and a role-model to which we can all aspire.

If only all was as it seems… 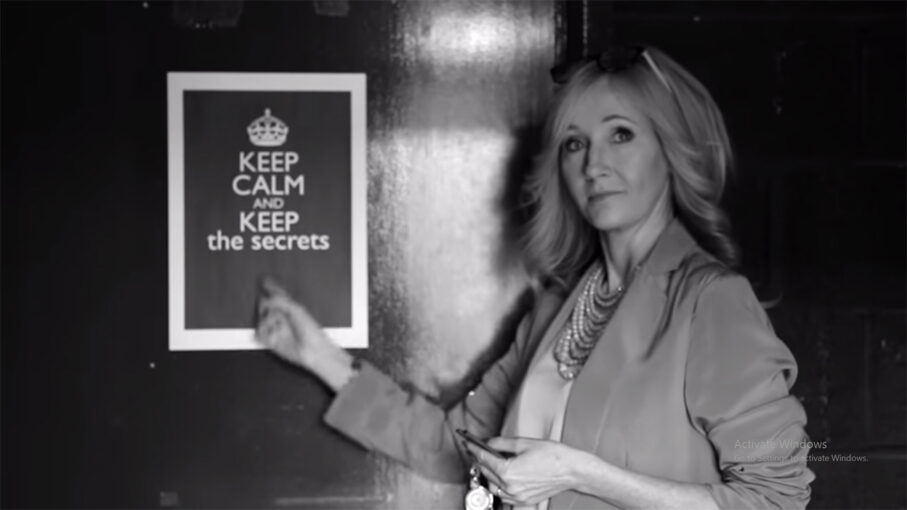 Joanna Rowling is actually a mind controlled Monarch slave, selected to be the author of the stories because she is a single parent and as part of the Tavistock Institute/ Frankfurt School controlled agenda to subvert society by promoting its extreme (homo)sexualisation, feminism and the ‘positives’ of single parent status. She is a member of the Fabian Society and the Church of Scientology.

The Church of Scientology is of course a CIA-run front for the Royals, Rockefellers and Rothschilds, in other words the Elite.

Around Christmas-time 2011, I corresponded with and spoke with the father of JK Rowling’s child, born in 1995. I believed him to be telling the truth because of the detailed story he related to me.

He said that in the early 1990s, he, Jessica Mitford (one of the infamous Mitford sisters, who died in 1996) and her husband Bob Treuhaft (who was apparently J.K. Rowling’s ‘handler’) ‘brainstormed’ the entire Harry Potter story, on a long-delayed train journey whilst JKR took copious notes.

This story was then written by someone whom he referred to as a ‘pen and ink stand’, a term used to describe someone who is hired to write a story that is not their own idea, with the decision subsequently being made to use JKR as the ‘front’ for the project, in-line with the Tavistock plan for the aggressive promotion of anything that undermines family values i.e. homosexuality, feminism, etc., but in this case her single-mother status.

He also said that it was based loosely on the CS Lewis ‘Narnia’ stories but qualified that further by saying that he had no idea at the time that all the references to paedophilia, witchcraft, Satanism, etc. were going to be incorporated and nor that he would subsequently be subjected to multiple attempts on his life orchestrated by orders from Prince Phillip himself and whom he believed was represented in the stories by Lord Voldemort.

Emily Gyde is the real author of Harry Potter. She is a mind-controlled MI6 slave and has undergone several NDE experiences and as a result is an ‘Ace Remote Viewer.’ The imagination and clarity she brings to her writing make a compelling case for her being the real author of Harry Potter but with J K Rowling named as author, MI6 ensured that Emily receives no royalties.

Gyde said that Rowling was chosen to front this series of books because she was so malleable:

“She wanted fame and fortune without cost. Her Ashkenazim parents had bought her out of British Illuminati slavery and had also bought her what is known in the trade as a ‘Pen and Ink Stand,’ a ghost-writer who works as an unpaid slave – one of British Intelligence’s operatives.

Rowling had told her programmers that she wanted to be an author. The big problem was that they couldn’t ‘feed’ her adult fiction written by ghost-writers because she didn’t have the literary type of brain to write adult fiction, never mind talk about work which wasn’t hers, in public.

However, they thought that they could maybe get away with children’s literature. As it turns out, they didn’t manage it – the workshops were to prove Rowling’s downfall. It was plain that she had no creative imagination whatsoever and then the ghost authors began to speak out. Fireworks time then.

I almost feel sorry for her in a way – having to stand up and face the Press knowing that her secret is out yet having to go through the hell of the publicity machine with the publication of the last Harry Potter book. Rowling is but a small, sad pawn in all of this.

Remember the House of ‘O’ in the South of France? The one where UK authors were invited to spend a weekend or so, to attend ‘creative writing workshops’ by J K Rowling… and how there was a general revolt amongst these authors when they realized that she couldn’t even remember her own characters… or plots… and was useless at ‘creative thinking’. So the workshops were stopped abruptly to avoid further embarrassment to the Illuminati.” — Emily Gyde.

Jessica Mitford’s sister was married to Oswald Mosley who fronted the British Union of Fascists during WWII and he also told me that she (Jessica) told him bluntly that his grandparents were Unity Mitford, her sister and a certain Adolf Hitler! So, if this is true – and I had no reason to disbelieve him, then the child of JK Rowling is the great-grandchild of Adolf Hitler!

Following on from these discussions, I undertook some research of my own on the Mitford / Treuhaft connection and found that Bob Treuhaft’s business partner in his legal firm for almost 20 years was someone who went by the name of ‘Dobby’ Walker. This was just her nickname but even so her Wikipedia obituary refers to her as ‘Dobby Walker’ and not ‘Doris Walker’, her real name.

For those of you unaware, ‘Dobby’ was an elf-like character in the Harry Potter stories who was employed as an extremely deferential ‘manservant’. Maybe this is how Treuhaft and Mitford regarded Walker?

In delving even further into Walker’s background it appears that she was an active member of the Communist party in the 1940s and 1950s as were Mitford and Treuhaft. As related in another article, despite what the Elite would like us all to believe, Communism and Zionism are almost interchangeable, in practice.

Of course Communism is deceptively ‘sold’ to the masses as being the system that will bestow equality upon the great ‘unwashed’ masses and be the saviour of mankind. 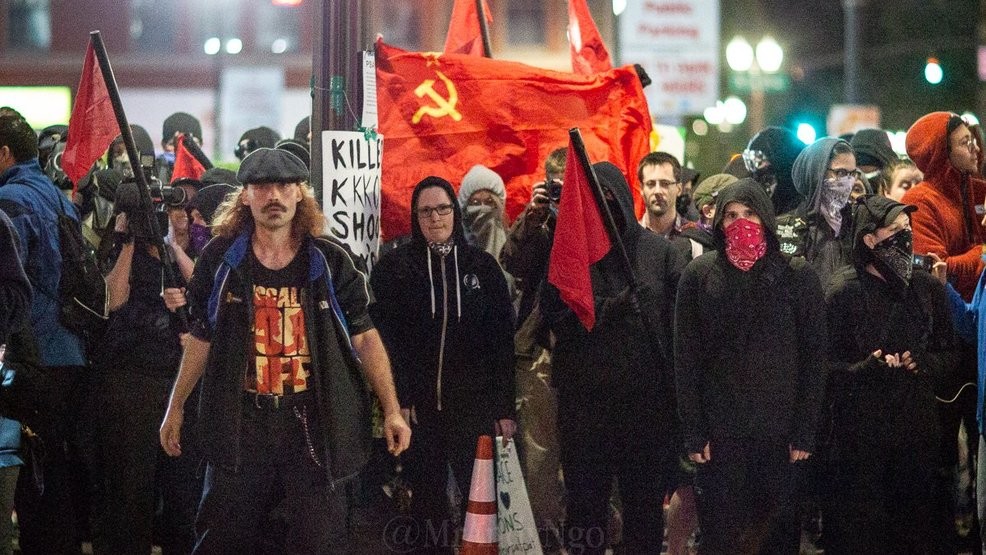 Antifa with the communist flag

Also, interestingly enough, an intern by the name of Hillary Rodham began work for the law firm of Treuhaft and Walker in the early 1970s, now better known of course as that very loveable humanitarian, Hillary Clinton herself. Just a coincidence? Maybe, who knows for sure?

Whatever the truth really is, and it may never be known for certain, there is far more to all this than meets the eye and as always, the rabbit-hole goes very deep indeed.

I will update this piece as and when more information comes to my attention and if any reader can shed further light on any of this stuff, by all means get in contact.