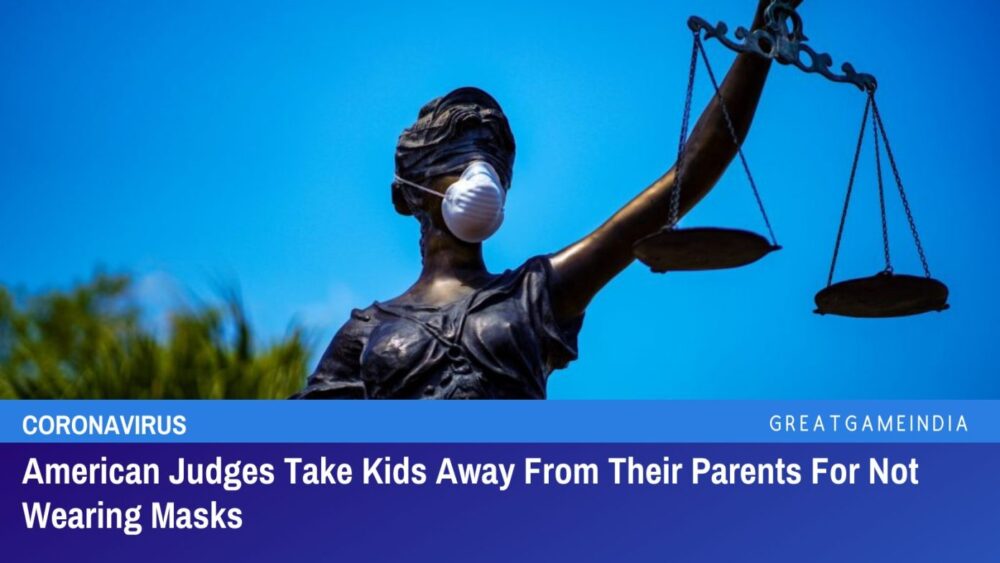 Activist American judges have seized on mask violations as a flimsy justification for denying parents custody of their children.

NBC ran a story in April 2020 about a doctor in Florida who was not allowed by court to see her children as her job posed a COVID risk to them. 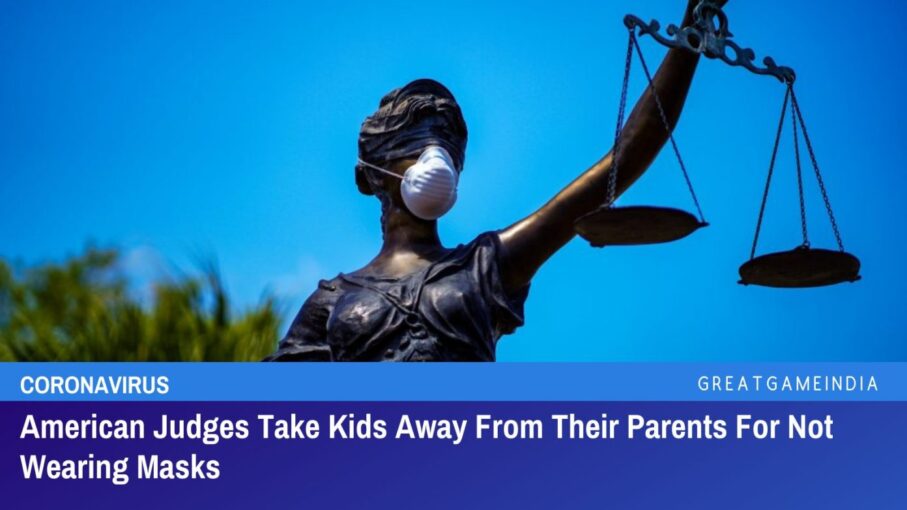 During the same month CNN also ran a story about an E.R. doctor who also lost custody of her children temporarily as a judge decided her job was no longer safe for children.

“The Court does not enter this Order lightly but given the pandemic in Florida and the recent increase in confirmed COVID-19 cases, the Court finds in order to insulate and protect the best interests and health of the minor child, this Order must be entered on a temporary basis,” the judge wrote in that court ruling.

Even when it is said that COVID-19 poses no substantial threat to children, the judges have used COVID-related reasons to justify denying a parent custody or even altering a pre-existing custody agreement.

Both the doctors (mentioned above) Melanie Joseph and Dr. Micheline Epstein, whose custody cases have recently received media attention were interviewed by The American Conservative.

And both of them said that their situations provide windows into widespread judicial tyranny in the U.S.A.

Joseph went to the court in September 2020 with the hope that the judge would finally hear her motion as she had not seen her son since March 2020.

But her custody was suspended by the judge, Dale Cohen, as her ex-husband showed a weeks old photo of her not wearing a mask at the doctor’s office.

“She’s one of these anti-mask people and she’s got the audacity to put that on social media, that she’s an anti-mask people, and to expose the child to a flight to North Carolina and to risk the child’s health over that is not acceptable to me,” Judge Cohen said in the hearing.

“She did send that email which was her first mistake, she wasn’t going on Spring Break, she was moving that week without me knowing. That is right when Covid started and nobody was going on vacation. She was trying to take him and make me deal with getting him back.”

But Joseph said that Manley blocked her from seeing her son from that moment forward. Manley claimed she had abandoned him by moving out of state.

“She doesn’t even try to contact him, this is a scam she is running to raise money for personal gain,” Manley said.

“She moved out of state without any permission from myself or the court system, then expected she would have the same custody but from 800 miles away.”

Joseph had filed repeated motions with the court in order to restore the custody time that was in place; it was one of those motions that was to be heard in September when she got the custody suspended.

However her ex-husband’s attorneys proposed the settlement in which some custody time would be restored for Joseph.

But it will be only 21 days as compared to the earlier when her son was with her for the entire summer break.

Even though Cohen had recused himself from her case shortly after the National File broke the story, but still as per Joseph reversing in the current agreement will be difficult, “because the case is settled… The only way to change is to file a motion to set aside but that doesn’t happen that often.”

In another case, Cohen suspended a mother’s time sharing rights based on findings that “the Wife has gone to the beach during the pandemic and has not practiced social distancing, and that she “has gone on dates during the pandemic.”

Joseph said she learned that Cohen later put a gag order on that case. In late March, the National File did a follow-up on other cases in which Cohen suspended a mother’s custody due to specious COVID-related decisions issued by him.

“In the trial the mask issue was brought up. The only thing his attorney asked me was did you take your child out without a mask in October or November of last year?

I said there was no mask mandate at the time. Our county mandate in Palm Beach County had religious and medical exemptions in it,” one mom told the National File.

Joseph said many domestic violence victims contacted her to say they were treated as badly by Cohen as she was.

Another similar case handled by Justice Matthew Cooper of the New York Supreme Court, Dr. Epstein had also lost custody of her son and she had not met her son for more than a month.

Dr. Epstein was not wearing a mask on the sidewalk while dropping her daughter to the school. One of the school employees reported it to both the parents and Epstein’s ex-husband filed in emergency motion suspending her custody time.

Her ex-husband was granted the motion by Justice Cooper while Epstein was ordered to wear a mask even in her own home as a condition of restoring the supervised visits to her daughter.

It has been now a month that Epstein will see her daughter since Cooper’s order in March.

Colleen Ní Chairmhaic recently took over as Epstein’s attorney and stated in a Facebook message that after watching the surveillance:

“It did appear to me that the school nurse confronted Dr Epstein for not wearing a mask on a public sidewalk. The school who are mandated reporters did not call child protective services and the school counselor opined that the minor child is a delightful girl who is thriving.”

Out of several judicial complaints that allege Cooper for improper behavior, one motion to recuse Cooper from a case alleges that his court “is not conducted in a civil tone, with Cooper often yelling at the plaintiff and never speaking in a civil tone to the plaintiff.”

Karen Lundell, who represents Epstein’s ex-husband, does not respond to emails. The same behavior was exhibited by the public information department for New York State Courts and Meredith Bush, who handles media for Cohen’s judicial circuit.