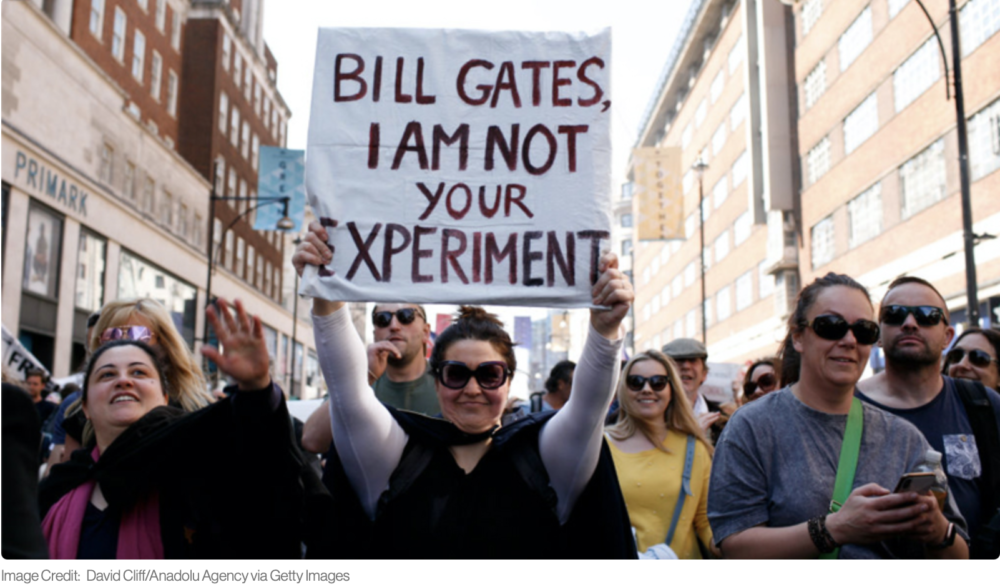 Thousands of protesters have descended on London to protest the British government’s ongoing coronavirus restrictions. Though pubs and shops have reopened, stiff limits on gatherings remain in place.

Holding signs reading “Freedom is non-negotiable” and “No health passports,” the demonstrators gathered in the capital on Saturday. 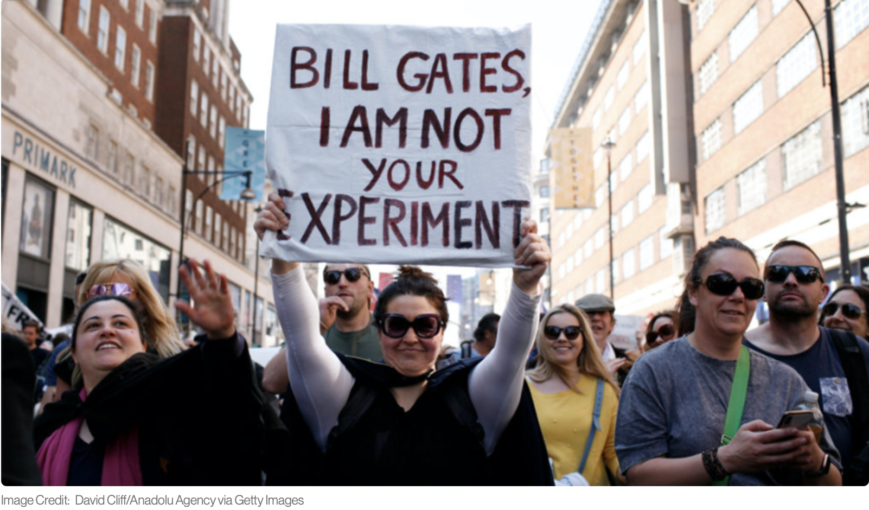 Billed by its organizers as the “biggest street party London has ever seen,” the rally drew thousands of participants unhappy with the lingering restrictions on gatherings and movement, and opposed to the government’s vague plans to introduce so-called ‘jjab passports’.

Actor and mayoral candidate Laurence Fox, who has promised to do away with Covid-19 restrictions entirely if elected, was an enthusiastic participant.

Posting videos of hordes of people marching through the streets, he decried the “total corruptstream media blackout” of the protest.

Anti-lockdown protests have happened all over the world in the past, but the mainstream media has mostly failed to report.

As of mid-afternoon, the mood seemed jovial. Though gatherings of such a large scale are still forbidden under the UK’s lockdown rules, the mostly maskless crowd marched freely through the city.

Unlike protests by climate activists over the preceding days, Saturday’s march was largely ignored by the mainstream media, with only a handful of British tabloids dedicating short stories to the demonstration.

The protesters themselves accused the media of ignoring “hundreds of thousands” of marchers and their demands.

However, nailing down a more accurate attendance figure than “thousands” was not immediately possible.

Absolutely enormous crowds on the anti-lockdown protest march in London. These are normal folk who are concerned about their jobs, livelihoods, freedoms and protesting for a return to normality and an end to authoritarianism.#londonprotestpic.twitter.com/dENo0e6x2g

Thousands of people have joined a protest against coronavirus lockdowns and #VaccinePassports in central London. pic.twitter.com/SGjJGxDhTT

I talk to a couple from Windsor. James works in telecoms, he says he benefited from lockdown but still believes it is wrong. #londonprotest pic.twitter.com/6QpaWURcfi

The UK’s current lockdown strategy will all but end by late June, unless a surge in infections or new variants of the coronavirus triggers a change of plan.

As of Saturday morning, more than 38 million people in England have received at least one dose of a Covid-19 jjab, and government researchers noted on Friday that infections have fallen to such an extent that Britain has “moved from a pandemic to an endemic situation.”

Climate Change is Gonna Be the Next 'Covid' Previous post
Emotional Georgia Mom Begs School Board: 'Take These Masks Off My Child' – 'Shame On Us' Next post