Celebrity Doctor: Fauci Has Chalked Up 300+ Media Appearances Over Past Year

For decades, Anthony Fauci was an unrecognizable government bureaucrat to anyone who lived outside of the D.C. Beltway. He would pop up out of obscurity and into the conversation every few years in the event of a niche issue involving infectious diseases.

That all changed with the COVID-19 pandemic, which elevated the once-irrelevant mandarin to stardom. Today, he is a media mainstay. 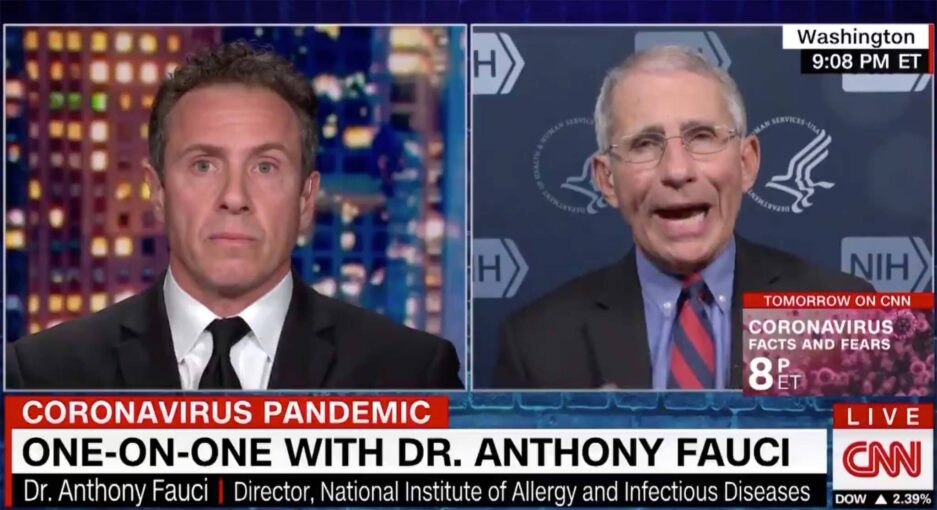 The celebrity doctor, who has become best known for his routine peddling of quackery related to the coronavirus, has developed a cult following thanks to his consistent political activism and regular appearances across a plethora of media platforms.

The National Institute of Allergy and Infectious Diseases (NIAID) — where Fauci has held the top post for 38 years — now accommodates their celebrity doctor by maintaining a dedicated list of his media appearances.

Scroll through the “Fauci In The News” tab on the NIAID website and you will find page after page of Dr. Fauci’s seemingly endless schedule of media hits.

By my count, he has accumulated well over 300 media appearances over the past year alone. On Sunday, Fauci got a high dose of his television fix, racking up 4 separate TV appearances on ABC, CNN, CBS, and NBC. 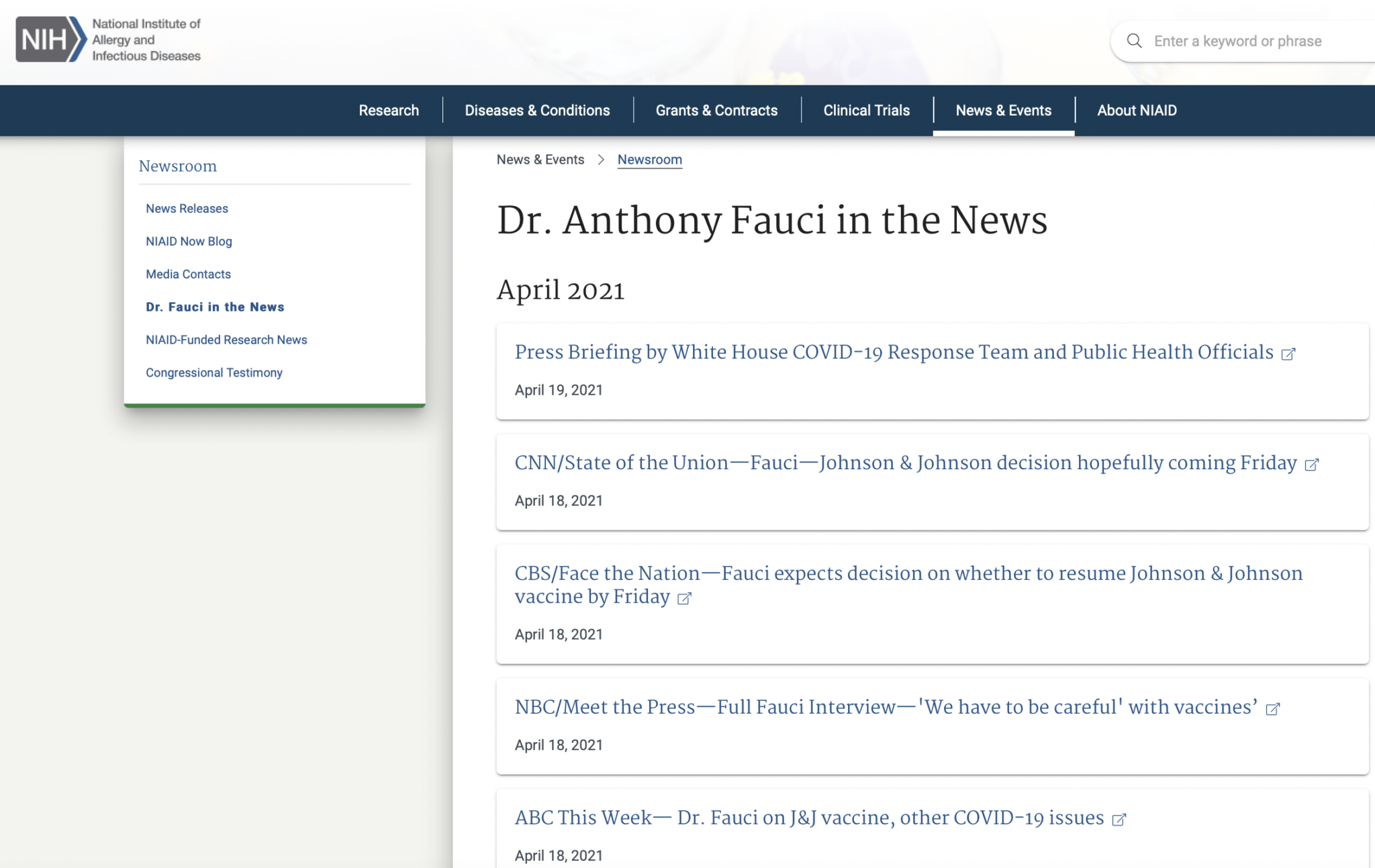 The partial list, which was last updated on April 19, shows that Fauci has collected 309 media appearances over the past year alone. By comparison, in 2019, Fauci made about 1 media appearance per week.

Additionally, the “Fauci In The News” list does not account for many of Fauci’s appearances on random celebrity YouTube channels, podcast hits, radio interviews, livestreamed conferences and the like, which easily send his average media hits over the past year to well over one appearance per day.

When Anthony Fauci isn’t in front of a camera, he’s said to be on the front lines battling the pandemic as the nation’s “foremost infectious diseases expert,” a label that is somehow justified by his track record of being a government bureaucrat for half a century.

However, other than working his way up the ranks of a government bureaucracy, and using crafty political maneuvers to build his personal status in Washington, D.C. and around the world, it’s unclear what exactly Fauci has accomplished to deserve this label.

With all of that time in front of a camera, it might make some wonder if the celebrity bureaucrat has time to actually follow the latest data and statistics on the pandemic.

Given his routine blunders, his lack of transparency, and his advocacy for continued shutdowns (there are now over 50 published scientific studies that show lockdowns don’t work), it’s safe to say that the NIAID director is either ignorant and clueless and/or purposely advocating for measures that do not work to “stop the spread.”

As lockdowns were implemented I felt they were a horrible idea due to collateral damage, but I naively expected them to at least be modestly effective. That they were not admittedly surprised me. It also converts them from bad policy to complete abomination. Now 50 studies below: https://t.co/KGjEWfHUAz

Dr. Fauci was asked why Texas, with no statewide restrictions, hasn’t yet seen a surge this spring, unlike other states.

His answer? It’s not the mandates that matter, it’s behavior. And Texans are simply behaving better than people in Michigan.

Good news doesn’t control people, which is why Fauci has become exclusively known as the bearer of bad news.

Good news is not particularly good for ratings, nor is it good for the prospects of another exclusive appearance with Brian Stelter or Chuck Todd. He prefers to keep viewers afraid, malleable, and on edge.

In media hit after media hit, Fauci predictably reminds viewers that there is supposedly an active or imminent crisis in the works. Without a perpetual crisis to shine a light on, the cameras may turn in another direction.

When people started accommodating the COVID jjab, Fauci pulled the rug out from under them and openly speculated about the possibility of “variants” avoiding the jjab, thereby making you “vulnerable” once more.

Fauci is having the best year of his life. It has become clear that he desperately wants the show to continue, even if that means demanding that tens of millions of people suffer by conforming to his pseudoscience-based edicts.

The TV doctor sure knows how to drive ratings, with the hopes that this is just Season One of his long running hit pandemic series.

2025 Deagel Forecast: 70% Population Reduction in USA and the Collapse of the West Previous post
Climate Change is Gonna Be the Next 'Covid' Next post