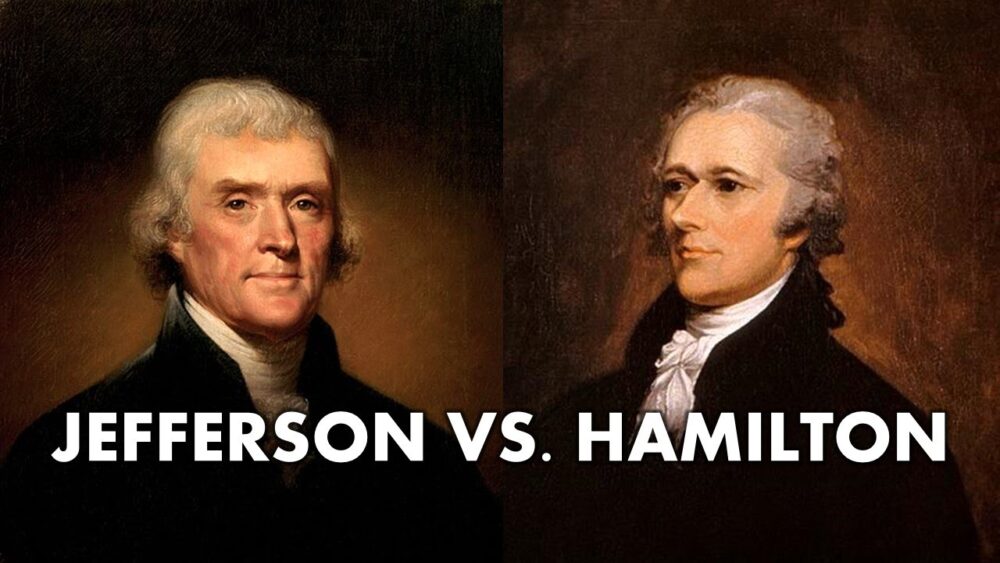 Central Banking is an Engine of Corruption

Much has been written about the famous debate between Thomas Jefferson and Alexander Hamilton over the constitutionality of America’s first central bank, the Bank of the United States (BUS). 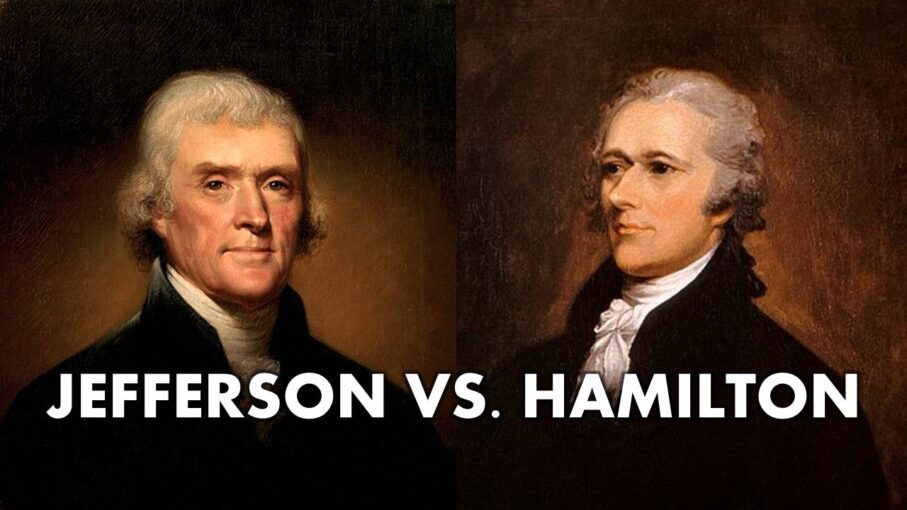 This was where Jefferson, as secretary of state, enunciated his “strict constructionist” view of the Constitution, making his case to President George Washington that since a central bank was not one of the powers specifically delegated by the states to the central government, and since the idea was explicitly rejected by the constitutional convention, a central bank is unconstitutional.

Treasury Secretary Alexander Hamilton notoriously responded by inventing the notion of “implied” as opposed to enumerated powers of the Constitution.

George Washington signed legislation creating the BUS not because of the strength of Hamilton’s argument but because of a shady political deal.

The nation’s capital was being relocated from New York to Virginia, and Washington wanted the border of the new District of Columbia to abut his property at Mount Vernon.

In return for a redrawing of the district’s border, Washington signed the Federalist’s legislation creating the BUS.

America’s first central bank was borne of a corrupt political deal, but that particular act of political corruption pales in comparison to what Hamilton and the Federalists really had in mind.

“wanted to reimpose in the new United States a system of mercantilism and big government similar to that in Great Britain, against which the colonists had rebelled. The object was to have a strong central government, particularly a strong president or king as chief executive, built up by high taxes and heavy public debt.”

An especially important part of what Rothbard called “the Morris scheme” was “to organize and head a central bank, to provide cheap credit and expanded money for himself and his allies.”

Hamilton was Morris’s Machiavellian string puller in the Washington administration.

As explained by Douglas Adair, an editor of The Federalist Papers (1980 Penguin Books edition, p. 171),

“with devious brilliance, Hamilton set out, by a program of class legislation, to unite the propertied interests of the eastern seaboard into a cohesive administration party, while at the same time he attempted to make the executive dominant over the Congress by a lavish use of the spoils system.

What Adair is talking about here is how Hamilton went about nationalizing the old government debt. New government bonds were issued and the old debt was to be cashed out at face value.

This plan “immediately became public knowledge in New York City,” wrote John Steele Gordon in Hamilton’s Blessing (p. 25), “but news of it spread only slowly, via horseback and sailing vessel, to the rest of the country.”

Thus, a tremendous arbitrage opportunity was created for the New York/Philadelphia political insiders like Robert Morris and his business associates. This was the first instance in US history of political insider trading.

The political insiders, including many members of Congress, immediately swung into action to purchase as many of the old government bonds as they could from unsuspecting Revolutionary War veterans for as little as 2 percent of par value.

As historian Claude Bowers described the scene in his book, Jefferson and Hamilton,

“expresses with very large sums of money on their way to North Carolina for purposes of speculation … splashed and bumped over wretched winter roads…. Two fast-sailing vessels, chartered by a member of Congress … were ploughing the waters southward on a similar mission.” (p. 47)

Among the men who became instant millionaires were “leading members of Congress who knew that provision for the redemption of the paper [at face value] had been made,” wrote Bowers (p. 48).

Upon observing this caper, Hamilton’s political nemesis, Thomas Jefferson, came to understand that Hamilton was intentionally creating a system of institutionalized corruption in order to buy the political support in Congress for his party’s big-government mercantilist/imperialist agenda — the very kind of political system the colonists had waged war against.

“Hamilton’s financial system had two objects. 1st as a puzzle, to exclude popular understanding & inquiry. 2ndly, as a machine for the corruption of the legislature” (emphasis added).

With regard to the latter “object,” Jefferson explained that Hamilton:

“avowed the opinion that man could be governed by one of two motives only, force or interest: force he observed, in this country, was out of the question [note: this was pre-Lincoln]; and the interests therefore of the members [of Congress] must be laid hold of, to keep the legislature in unison with the executive. And with grief and shame it must be acknowledged that his machine was not without effect.… Some members [of Congress] were found sordid enough to bend their duty to their interests, and to look after personal, rather than public good.”

Jefferson then described the very same scene mentioned above in the quote from Claude Bowers:

“The base scramble began. Couriers & relay horses by land, and swift sailing pilot boats by sea, were flying in all directions. Active partners & agents were associated & employed in every state, town and country neighborhood, and this paper was bought up at 5 and even as low as 2% in the pound, before the holder knew that Congress had already provided for its redemption at par. Immence sums were thus filched from the poor and ignorant.”

“Men thus enriched by the dexterity of a leader [Hamilton],” Jefferson wrote, “would follow of course the chief who was leading them to fortune, and thus become the zealous instruments of all his [political] enterprises.”

But the political power created by such graft was only temporary, said Jefferson.

“It would be lost with the loss [i.e., retirement or death] of the individual members [of Congress] whom it had enriched.” Therefore, Jefferson reasoned, “Some engine of influence more permanent must be contrived.”

This permanent engine of corruption, said Jefferson, “was the Bank of the U.S.” A central bank, once established, would be very difficult to destroy, and would inevitably become a permanent source of financing for political bribery and manipulation. How prescient!

Read: Former Presidents Warn About Unelected ‘Invisible Government’ Running the United States With ‘No Allegiance to the People’

Jefferson concluded that “Hamilton was not only a monarchist, but for a monarchy bottomed on corruption,” with a central bank being the financial centerpiece of the corrupt regime.

He arrived at this conclusion based on observing Hamilton’s behavior as Treasury Secretary, as well as a personal conversation involving himself, Hamilton, Secretary of War Henry Knox, President John Adams, and Attorney General Edmund Randolph in 1791, the year the BUS came into being.

Jefferson recalled how President John Adams said of the British constitution, “purge that constitution of its corruption, and give to its popular branch equality of representation, and it would be the most perfect constitution ever devised by the wit of man.” To which Hamilton objected,

“Purge it of its corruption, and give to its popular branch equality of representation, & it would become an impracticable government; as it stands at present, with all its supposed defects, it is the most perfect government which ever existed.”

Hamilton was “so bewitched & perverted by the British example,” wrote Jefferson, “as to be under thoro’ conviction that corruption was essential to the government of a nation” (p. 671).

Hamilton viewed “his” bank, the Bank of the United States, as being absolutely essential to his Americanized version of “the most perfect government which ever existed.”

About the author: Thomas DiLorenzo is a former professor of economics at Loyola University Maryland and a member of the senior faculty of the Mises Institute. He is the author of The Real Lincoln; How Capitalism Saved America; Lincoln Unmasked; Hamilton’s Curse; Organized Crime: The Unvarnished Truth About Government; and The Problem with Socialism.