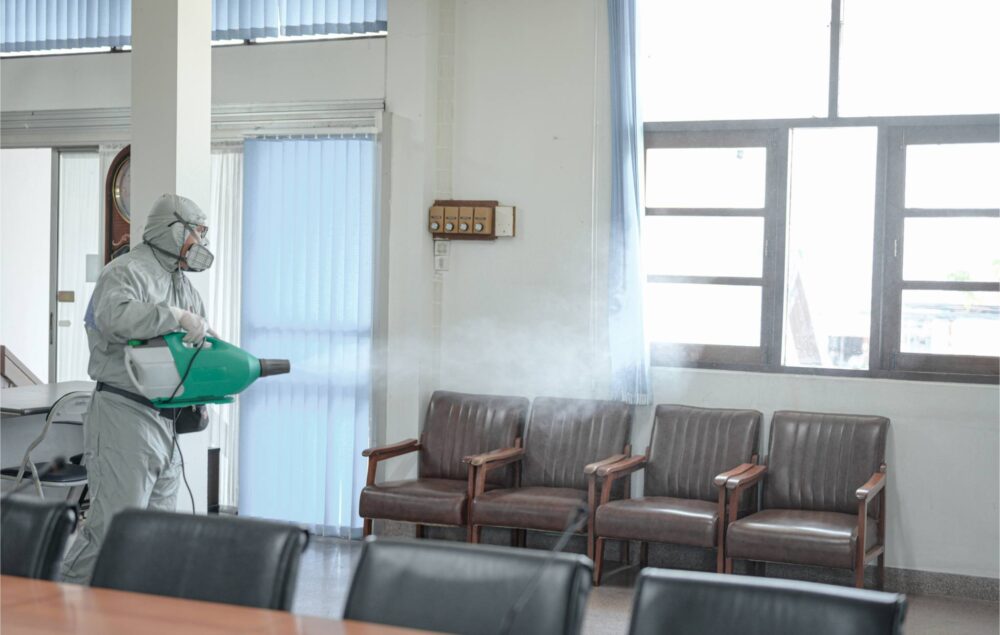 Another Covid Myth Dies: CDC Discovered Risk of Infection from Touching a Surface is Extremely Rare

Going to the grocery store in Massachusetts in 2020 guaranteed you would breathe heaps of sanitizer. A full-time employee scrubbed down shopping carts between customers.

Conveyor belts at the checkout counter were blasted and wiped between every sale. Glass surfaces were sprayed as often as possible.

The plastic keypads on credit machines were not only covered in plastic – why putting plastic on plastic stopped Covid was never clear – but also sprayed between uses.

Employees would carefully watch your hands to see what you touched, and as you exited the space would cover the area with cleaning spray.

It was the same at offices and schools. If a single person turned in a positive PCR test, the entire place had to be evacuated for a 48-hour fumigation.

Everything had to be wiped, sprayed, and scrubbed, to get rid of the Covid that surely must be present in the bad place. 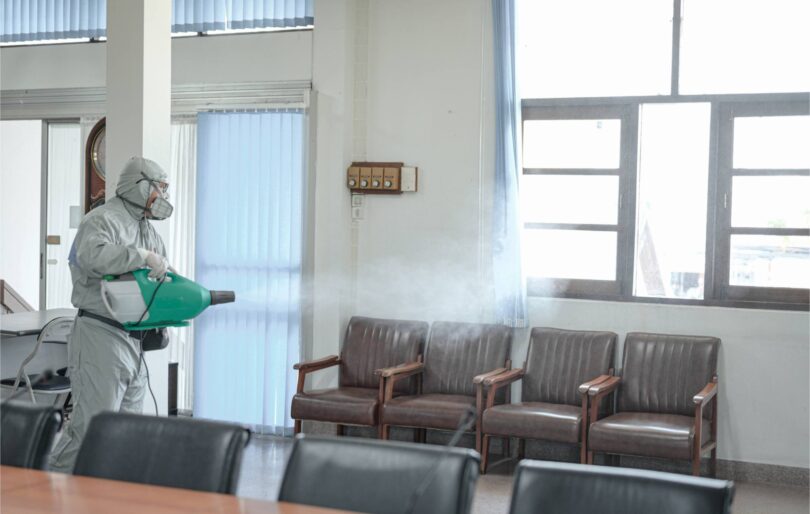 The ritualistic cleaning took on a religious element, as if the temple must be purified of the devil before God could or would come back.

All of this stemmed from the belief that the germ lived on surfaces and in spaces, which in turn stemmed from a primitive intuition.

You can’t see the virus so it really could be anywhere. The human imagination took over the rest.

I was in Hudson, New York, at a fancy breakfast house that had imposed random Covid protocols.

It was cold outside but they wouldn’t let me sit inside, even though there were no government restrictions on doing so. I asked that masked-up twenty-something why. She said “Covid.”

“Do you really believe that there’s Covid inside that room?”

Subway cars were cleaned daily. Facebook routinely shut its offices for a full scrub. Mail was left to disinfect for days before being opened.

No sharing of pencils at the schools that would open. No salt and pepper shakers at tables because surely that’s where Covid lives. No more physical menus. They were replaced by QR codes.

Your phone probably has Covid too but at least only you touched it.

“Touchless”’ became the new goal. All physical things became the untouchables, again reminiscent of ancient religions that considered the physical world to be a force of darkness while the spiritual/digital world points to the light. The followers of the Prophet Mani would be pleased.

Already back in February, AIER reported that something was very wrong about all of this. Studies were already appearing calling the physical-phobic frenzy baseless.

The demonization of surfaces and rooms stemmed not just from active imaginations; it was also recommended and even mandated by the CDC. It offered a huge page of instructions on the need constantly to fear, scrub, and fumigate.

On April 5, however, the CDC page was replaced by a much-simplified set of instructions, which includes now this discreet note:

“In most situations, the risk of infection from touching a surface is low.”

Oh is that so?

Even if a person touches a “contaminated” surface the chance of getting infected is only one in ten thousand!

The link goes to the following:

Quantitative microbial risk assessment (QMRA) studies have been conducted to understand and characterize the relative risk of SARS-CoV-2 fomite transmission and evaluate the need for and effectiveness of prevention measures to reduce risk.

Findings of these studies suggest that the risk of SARS-CoV-2 infection via the fomite transmission route is low, and generally less than 1 in 10,000, which means that each contact with a contaminated surface has less than a 1 in 10,000 chance of causing an infection.

So much for the many billions spent on cleaning products, the employees and the time, and hysteria and frenzy, the rise of touchlessness, and gloves, the dousing of the whole world.

The science apparently changed. Still it will be years before people get the news and act on it. Once the myths of surface transmission of a respiratory virus are unleashed, it will be hard to go back to normal.

Fortunately the New York Times did some accurate reporting on the CDC update, quoting all kinds of experts who claim to have known this all along.

“We’ve known this for a long time and yet people are still focusing so much on surface cleaning.”

She added, “There’s really no evidence that anyone has ever gotten Covid-19 by touching a contaminated surface.”

Still, I’m willing to bet that if right now I headed to a WalMart or some other large chain store, there will be several employees dedicated to disinfecting everything they can, and there will be customers there who demand it to be so.

How many years will it take before people can come to terms with the embarrassing and scandalous reality that much of what posed as Science last year was made up on the fly and turns out to be wholly false?

By Jeffrey A. Tucker, Editorial Director for the American Institute for Economic Research.