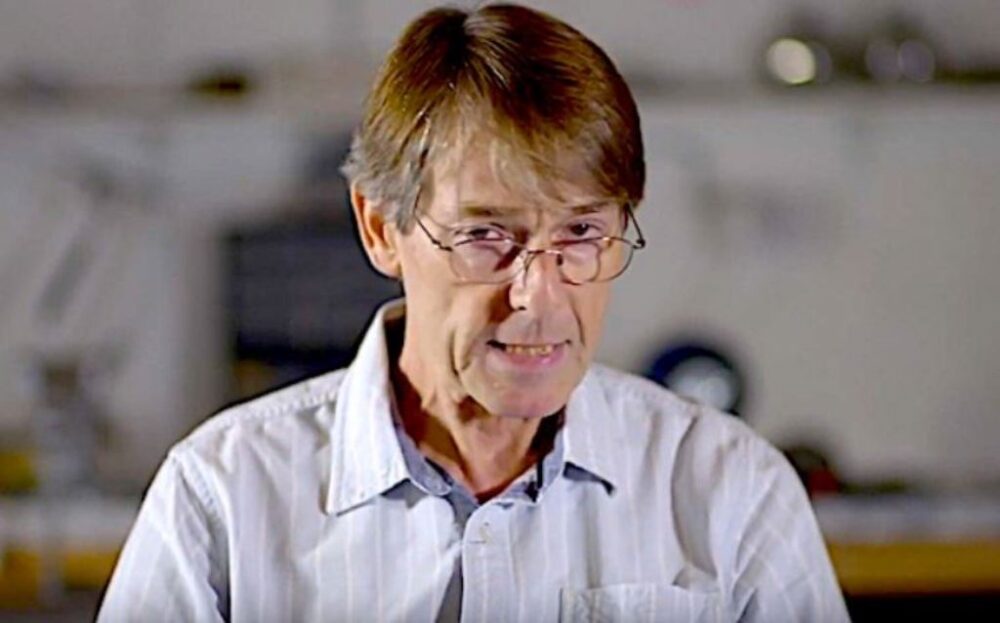 At the outset, Dr. Yeadon said “I’m well aware of the global crimes against humanity being perpetrated against a large proportion of the worlds population. 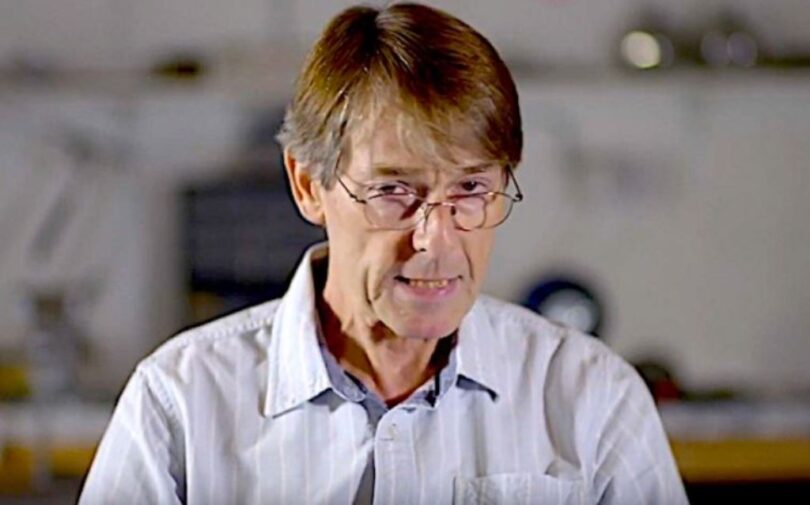 “I feel great fear, but I’m not deterred from giving expert testimony to multiple groups of able lawyers like Rocco Galati in Canada and Reiner Fuellmich in Germany.

“I have absolutely no doubt that we are in the presence of evil (not a determination I’ve ever made before in a 40-year research career) and dangerous products.

“In the U.K., it’s abundantly clear that the authorities are bent on a course which will result in administering ‘jjabs’ to as many of the population as they can. This is madness, because even if these agents were legitimate, protection is needed only by those at notably elevated risk of death from the virus. In those people, there might even be an argument that the risks are worth bearing. And there definitely are risks which are what I call ‘mechanistic’: inbuilt in the way they work.

“But all the other people, those in good health and younger than 60 years, perhaps a little older, they don’t perish from the virus. In this large group, it’s wholly unethical to administer something novel and for which the potential for unwanted effects after a few months is completely uncharacterized.

“In no other era would it be wise to do what is stated as the intention.

“Since I know this with certainty, and I know those driving it know this too, we have to enquire: What is their motive?

“While I don’t know, I have strong theoretical answers, only one of which relates to money and that motive doesn’t work, because the same quantum can be arrived at by doubling the unit cost and giving the agent to half as many people. Dilemma solved. So it’s something else.

“Appreciating that, by entire population, it is also intended that minor children and eventually babies are to be included in the net, and that’s what I interpret to be an evil act.

“There is no medical rationale for it. Knowing as I do that the design of these ‘jjabs’ results, in the expression in the bodies of recipients, expression of the spike protein, which has adverse biological effects of its own which, in some people, are harmful (initiating blood coagulation and activating the immune ‘complement system’), I’m determined to point out that those not at risk from this virus should not be exposed to the risk of unwanted effects from these agents.”

AFLDS: The Israel Supreme Court decision last week cancelling COVID flight restrictions said: “In the future, any new restrictions on travel into or out of Israel need, in legal terms, a comprehensive, factual, data-based foundation.”

In a talk you gave four months ago, you said

“The most likely duration of immunity to a respiratory virus like SARS CoV-2 is multiple years. Why do I say that? We actually have the data for a virus that swept through parts of the world seventeen years ago called SARS, and remember SARS CoV-2 is 80% similar to SARS, so I think that’s the best comparison that anyone can provide.

“The evidence is clear: These very clever cellular immunologists studied all the people they could get hold of who had survived SARS 17 years ago. They took a blood sample, and they tested whether they responded or not to the original SARS and they all did; they all had perfectly normal, robust T cell memory. They were actually also protected against SARS CoV-2, because they’re so similar; it’s cross immunity.

“So, I would say the best data that exists is that immunity should be robust for at least 17 years. I think it’s entirely possible that it is lifelong. The style of the responses of these people’s T cells were the same as if you’ve been vaccinated and then you come back years later to see if that immunity has been retained. So I think the evidence is really strong that the duration of immunity will be multiple years, and possibly lifelong.”

In other words, previous exposure to SARS – that is, a variant similar to SARS CoV-2 – bestowed SARS CoV-2 immunity.

The Israel government cites new variants to justify lockdowns, flight closures, restrictions, and Green Passport issuance. Given the Supreme Court verdict, do you think it may be possible to preempt future government measures with accurate information about variants, immunity, herd immunity, etc. that could be provided to the lawyers who will be challenging those future measures?

Yeadon: “What I outlined in relation to immunity to SARS is precisely what we’re seeing with SARS-CoV-2.
The study is from one of the best labs in their field.

“So, theoretically, people could test their T-cell immunity by measuring the responses of cells in a small sample of their blood. There are such tests, they are not “high throughput” and they are likely to cost a few hundred USD each on scale. But not thousands. The test I’m aware of is not yet commercially available, but research only in U.K.

“However, I expect the company could be induced to provide test kits “for research” on scale, subject to an agreement. If you were to arrange to test a few thousand non vaccinated Israelis, it may be a double edged sword. Based on other countries experiences, 30-50% of people had prior immunity & additionally around 25% have been infected & are now immune.

“Personally, I wouldn’t want to deal with the authorities on their own terms: that you’re suspected as a source of infection until proven otherwise. You shouldn’t need to be proving you’re not a health risk to others. Those without symptoms are never a health threat to others. And in any case, once those who are concerned about the virus are vaccinated, there is just no argument for anyone else needing to be vaccinated.”

My understanding of a “leaky jjab” is that it only lessens symptoms in the vaccinated, but does not stop transmission; it therefore allows the spread of what then becomes a more deadly virus.

For example, in China they deliberately use leaky Avian Flu jjabs to quickly cull flocks of chicken, because the unvaccinated die within three days. In Marek’s Disease, from which they needed to save all the chickens, the only solution was to vaccinate 100% of the flock, because all unvaccinated were at high risk of death. So how a leaky vax is utilized is intention-driven, that is, it is possible that the intent can be to cause great harm to the unvaccinated.

Stronger strains usually would not propagate through a population because they kill the host too rapidly, but if the vaccinated experience only less-serious disease, then they spread these strains to the unvaccinated who contract serious disease and die.

Do you agree with this assessment? Furthermore, do you agree that if the unvaccinated become the susceptible ones, the only way forward is HCQ prophylaxis for those who haven’t already had COVID-19?

Would the Zelenko Protocol work against these stronger strains if this is the case?

And if many already have the aforementioned previous “17-year SARS immunity”, would that then not protect from any super-variant?

“I think the Gerrt Vanden Bossche story is highly suspect. There is no evidence at all that vaccination is leading or will lead to ‘dangerous variants’. I am worried that it’s some kind of trick.

“No variant differs from the original sequence by more than 0.3%. In other words, all variants are at least 99.7% identical to the Wuhan sequence.

“It’s a fiction, and an evil one at that, that variants are likely to “escape immunity”.

“Not only is it intrinsically unlikely – because this degree of similarity of variants means zero chance that an immune person (whether from natural infection or from vaccination) will be made ill by a variant – but it’s empirically supported by high-quality research.

“The research I refer to shows that people recovering from infection or who have been vaccinated ALL have a wide range of immune cells which recognize ALL the variants.

“This paper shows WHY the extensive molecular recognition by the immune system makes the tiny changes in variants irrelevant.

“I cannot say strongly enough: The stories around variants and need for top up jjabs are FALSE. I am concerned there is a very malign reason behind all this. It is certainly not backed by the best ways to look at immunity. The claims always lack substance when examined, and utilize various tricks, like manipulating conditions for testing the effectiveness of antibodies.

“Antibodies are probably rather unimportant in host protection against this virus. There have been a few ‘natural experiments’, people who unfortunately cannot make antibodies, yet are able quite successfully to repel this virus. They definitely are better off with antibodies than without. I mention these rare patients because they show that antibodies are not essential to host immunity, so some contrived test in a lab of antibodies and engineered variant viruses do NOT justify need for top up jjabs.

“The only people who might remain vulnerable and need prophylaxis or treatment are those who are elderly and/or ill and do not wish to receive a jjab (as is their right).

“The good news is that there are multiple choices available: hydroxychloroquine, ivermectin, budesonide (inhaled steroid used in asthmatics), and of course oral Vitamin D, zinc, azithromycin etc. These reduce the severity to such an extent that this virus did not need to become a public health crisis.”

“Until recently, I had high regard for global medicines regulators. When I was in Pfizer, and later CEO of a biotech I founded (Ziarco, later acquired by Novartis), we interacted respectfully with FDA, EMA, and the U.K. MHRA.

“Recently, I noticed that the Bill & Melinda Gates Foundation (BMGF) had made a grant to the Medicines and Healthcare products Regulatory Agency (MHRA)! Can that ever be appropriate? They’re funded by public money. They should never accept money from a private body.

“So here is an example where the U.K. regulator has a conflict of interest.

“The European Medicines Agency failed to require certain things as disclosed in the ‘hack’ of their files while reviewing the Pfizer jjab.

“You can find examples on Reiner Fuellmich’s “Corona Committee” online.

“So I no longer believe the regulators are capable of protecting us. ‘Approval’ is therefore meaningless.

“Dr. Wolfgang Wodarg and I petitioned the EMA Dec 1, 2020 on the genetic jjabs. They ignored us.

“Recently, we wrote privately to them, warning of blood clots, they ignored us. When we went public with our letter, we were completely censored. Days later, more than ten countries paused use of a jjab citing blood clots.

“I think the big money of pharma plus cash from BMGF creates the environment where saying no just isn’t an option for the regulator.

“I must return to the issue of ‘top up jjabs’ (booster shots) and it is this whole narrative which I fear will he exploited and used to gain unparalleled power over us.

“PLEASE warn every person not to go near top up jjabs. There is absolutely no need to them.

“As there’s no need for them, yet they’re being made in pharma, and regulators have stood aside (no safety testing), I can only deduce they will be used for nefarious purposes.

“For example, if someone wished to harm or kill a significant proportion of the worlds population over the next few years, the systems being put in place right now will enable it.

“It’s my considered view that it is entirely possible that this will be used for massive-scale depopulation.”