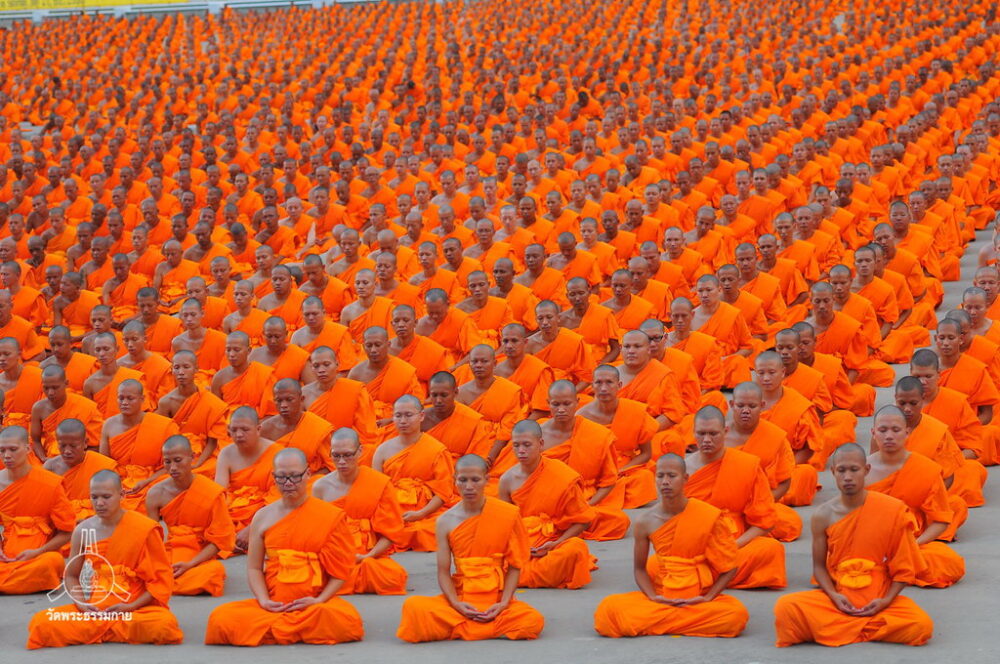 The Purpose of Mass Meditation and Why it is Needed NOW!

There has never been more isolation than 2020. Already, we were collectively shifting into the 4th dimension of digital space, leaving 3D behind. 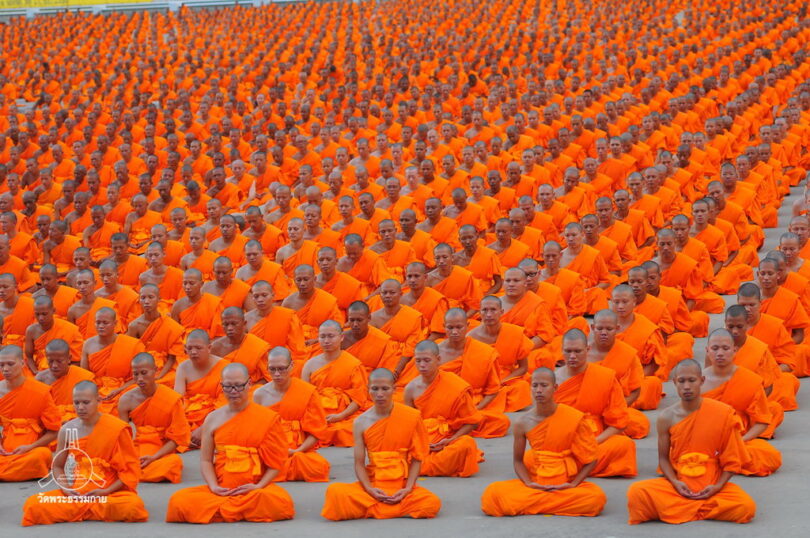 Molecules were steadily getting replaced with pixels, and physical bodies by selfies and avatars.

However, this year really passed the tipping point into full-blown, solitary confinement where the ‘real’ and ‘unreal’ could truly be questioned.

There are many ways to spin this year’s tumultuous events, but every coin nonetheless has two sides. One person’s lockdown is just another’s home retreat.

On the bright side here, many of us have realized renewed focus as we’re when denied our usual outs.

In essence, we as a society were prescribed a global Vipassanā, a time to take a literal breather from the routine rat race and allow our perpetual motion hamster wheels to run themselves out.

This time, if take mindfully, is a chance to take stock, recharge, and possibly reinvent ourselves for the future

Vipassanā is just one traditional form of mindfulness meditation that cultivates insight. By remaining still and quiet for long durations, one’s psychological house of mirrors is illuminated and cards collapse.

As reflections and reactions are extinguished from their actual origins within, we can stop the endless feedback loop that runs our lives like a tiresome treadmill.

We’re left standing in an empty boxing ring with no opponent left to fight… but our inner darkness. But the truth is just beyond the shadows. This is liberation in a nutshell! What an opportunity!

Of course, there are many types of meditation, and Vipassanā is just one.

All forms of meditation aim to release blockages and restore full flow, proper alignment, and coherence across all spectrums of spirit, mind, emotion, and the body. It is not uncommon for these to have degenerated through millennia.

Various meditation methods may incorporate different focuses to attain openings and activations but in essence, they all clear the dross and dirt from our inner selves.

The end result is generally a more inspired flow state, and less egoic resistance to that state.

Whichever meditative style you chose, the effects can often be further amplified by practicing meditation with others, creating unified force fields. We are all fractal parts of All, and this connection is innate.

Meditation just reminds us that we are part of a larger, conscious organism. We are both particles and waves, with the ability to choose how our world next materializes.

In Nature, we can physically see this waveform connection with mycorrhizal networks linking entire forests together through their roots and fungal hyphae.

In physics, we find remote connections between quantum-entangled particles infinitely far apart. And technologically, what good would computers or cellphones be without the internet or cloud?

We have also been united this year by the shared experience of crisis, and while it has been an unsettling experience, all experience can drive us back to the path of enlightenment.

While individual meditation may largely change your life, mass meditation may also change the world at large. Therein lies its greater power, that of a force-multiplier.

Transcendental Meditation’s Maharishi Mahesh has actually proven the measurable effects of mass meditation since the 1960s.

Over 600 studies conducted with more than 125 independent research institutions have scientifically-documented its validity now.

Maharishi’s studies show that when at least 1% of a community’s population meditates on a specific outcome like love, peace, or harmony, the coherence of the group’s energy field impacts the collective consciousness of others.

Even violent crime including homicide rates can be significantly reduced with mass meditation.

When a 1993 study measured mass meditation’s effects on crime in New York City, a notorious hotbed for murder, race riots, and theft, it was found that crime dropped more than 23%.

In short, this demonstrates how powerful collective consciousness can be! Not only for each participant, but their focus as a whole. Individual meditation is life-changing, but mass meditation may be even better!

In light of these facts, why not join forces and meditate together with synchronized intent? It requires no more individual effort, yet may bear greater results, for both you and the planet.

All outer change starts within. And this is just an easy win-win for all involved that we could sure use more of right now.

Commit your energies to the mass meditation today.

Please join us in a simple 20 minute meditation that will occur simultaneously worldwide at the exact time of 6:22 pm UTC.

​Please forward this information to everyone in your sphere of influence to quickly spread the word far and wide around the globe! ​

The more people participate in this meditation the quicker the humanity and our planet will ensure a peaceful, healthy and abundant future. ​

WE HAVE ACHIEVED OVER A MILLION MEDITATORS SIMULTANEOUSLY PARTICIPATING IN A GLOBAL MEDITATION BEFORE, AND IF WE ALL UNITE – WE CAN DO IT AGAIN!

More info HERE. Also read this: Let’s Unite In LOVE And Meditation, NOW! We Have The Solution!