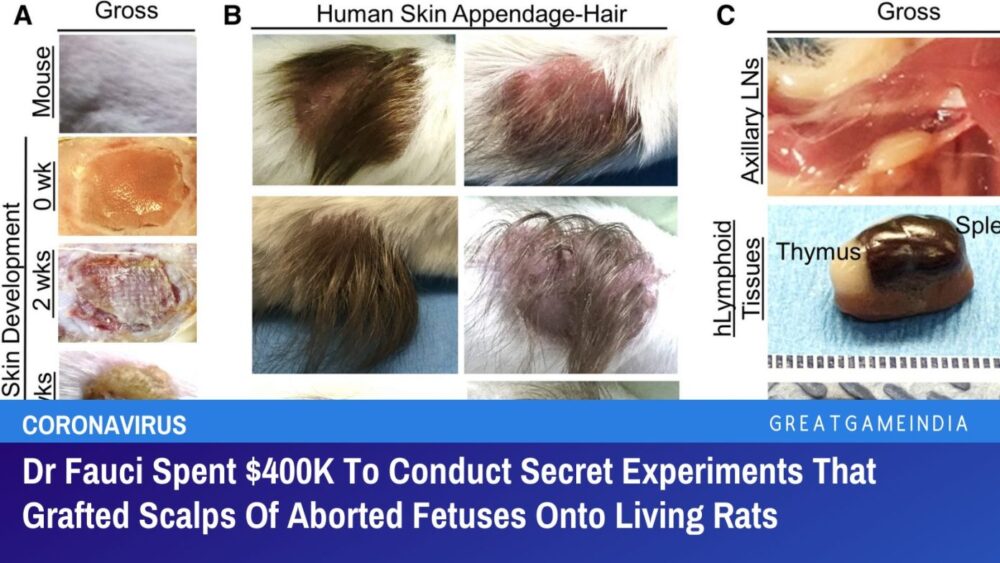 Dr. Anthony Fauci’s agency, the National Institute of Allergy and Infectious Diseases, has been conducting a series of secret experiments that grafted the scalps of aborted fetuses onto living mice and rats.

Almost $400,000 have been spent on these experiments. These studies were meant to investigate the tendency of human skin to develop infections. 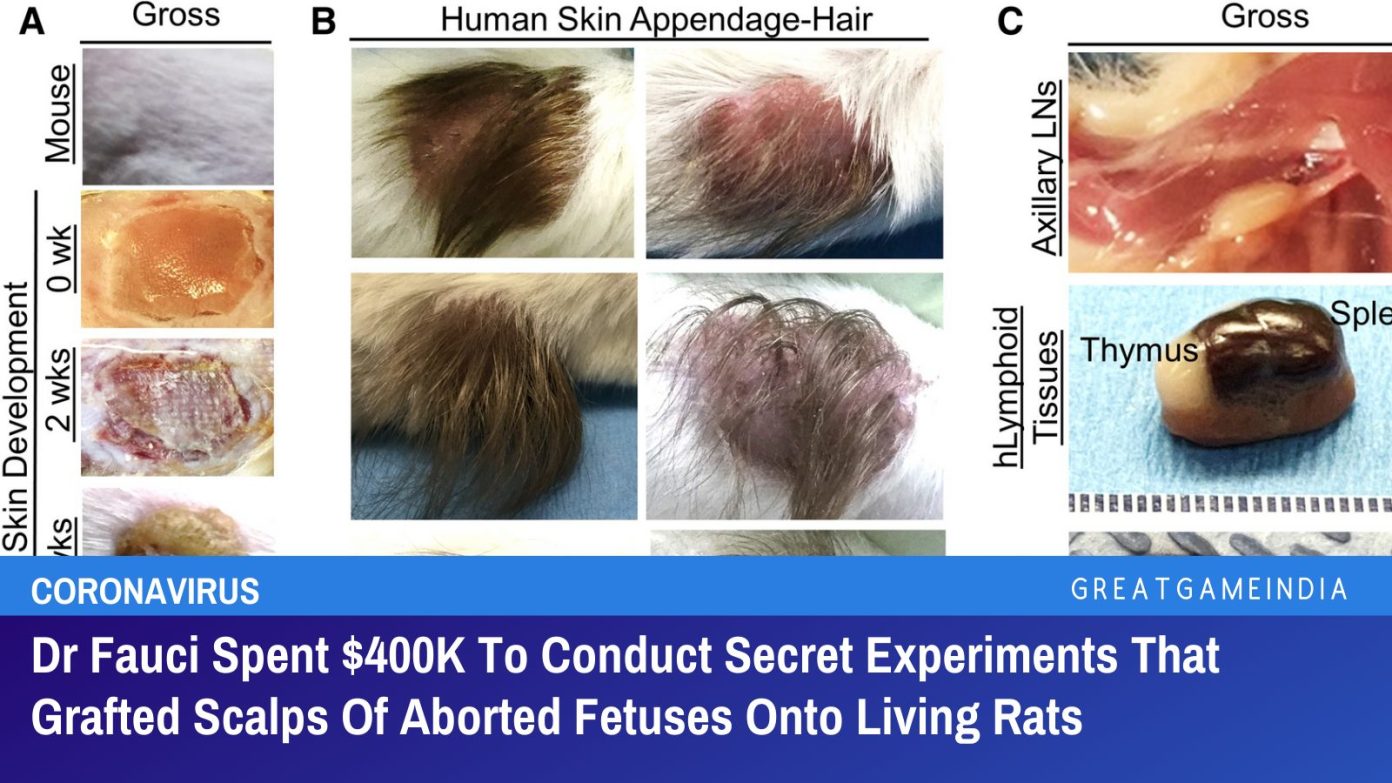 The research was published in the journal Nature during last fall.

The experiments performed by a dozen scientists out of the University of Pittsburgh involved developing rat and mouse “models” using, in part, “full-thickness fetal skin” in order to “provide a platform for studying human skin infections.”

The report (read below) notes that the “human skin tissues” used in the skin grafting experiments were obtained “from the scalp and dorsum” of “donors,” namely aborted fetuses.

“Full-thickness human fetal skin was processed via removal of excess fat tissues attached to the subcutaneous layer of the skin, then engrafted over the rib cage, where the mouse skin was previously excised,” the study states.

As per the study, some of the grafted fetal skin matured into “adult-like human skin.” Some of the grafts even developed “human skin appendages,” including “human hair evident at 12 weeks post-transplantation.”

Patches of human skin grafted to rodent bodies can be seen in the photographs taken during the study and it is clearly sprouting human hair.

The research was referenced during a Pennsylvania state legislature hearing on fetal experimentation, this week.

The research was published last year without any publicity and therefore it received relatively little attention outside of pro-life circles.

In that hearing, a pro-life activist and journalist, David Daleiden, criticized the scientists, whom he described as “scalping 5-month-old aborted babies and grafting their scalps onto the backs of lab rats.”

Earlier, Judicial Watch, a legal accountability group shared a 600 page report detailing that the US government has been buying and trafficking “fresh” aborted baby body parts.

According to the report these body parts were purchased by the FDA to perform biological experiments such as drug testing and to “humanize” mice.

Dr Fauci is the ‘Godfather’ of gain-of-function research that was taking place at the Wuhan laboratory which was then named as the site of the coronavirus outbreak.

As reported by GreatGameIndia earlier, American tax-dollars were used to fund controversial research in China at the Wuhan Institute of Virology on gain-of-function which is the ability of a virus to jump from animals to humans.

This cross-species jump was not natural and was achieved by the team lead by the Batwoman of China, Shi Zhengli. You can read more about it in detail in COVID19 Files – Scientific Investigation On Mysterious Origin Of Coronavirus.

Their research was funded by a ten-year, $200 million international program named PREDICT.

This project backed-up by Dr. Anthony Fauci diverted US funds to engineer Coronavirus at Wuhan lab via a company now under federal investigation.

That company is EcoHealth Alliance, headed by Peter Daszak.

The interesting part is that Peter Daszak is the same guy who orchestrated the publication of a ‘scientific’ paper in Lancet claiming that the virus made the cross-species jump naturally.

Peter Daszak is also the same guy the WHO sent to China to investigate the claims whether the virus evolved naturally or was coronavirus engineered.

Many scientists have criticized gain of function research, which involves manipulating viruses in the lab to explore their potential for infecting humans, because it creates a risk of starting a pandemic from accidental release.

Similar controversial research was also conducted by Dutch Virologist Ron Fouchier, a controversial figure in the field of Viroscience.

Ron Fouchier created world’s deadliest virus strain and his research sparked a global controversy to de-fund and shutdown such experiments.

Since these projects were shutdown in the west due to heavy criticism, they were exported to other countries like China and India.

Experts have raised concerns legally that such experiments could not only lead to a global pandemic but could also lead to bio-terrorism.

Earlier in February last year the Indian government launched an investigation into another secret research being conducted on bat hunters in the eastern Indian state of Nagaland, funded by the US Department of Defense in collaboration with Wuhan Institute of Virology and the Bill and Melinda Gates Foundation.

Recently, even the Canadian parliament erupted over a heated debate regarding the cover-up of Chinese spies stealing coronavirus from the Winnipeg based BSL-4 lab to the Wuhan Institute of Virology in China.

The Chinese espionage story was first reported by GreatGameIndia in Jan, 2020, for which we are being actively targeted by the NATO’s war propaganda arm – the Atlantic Council. 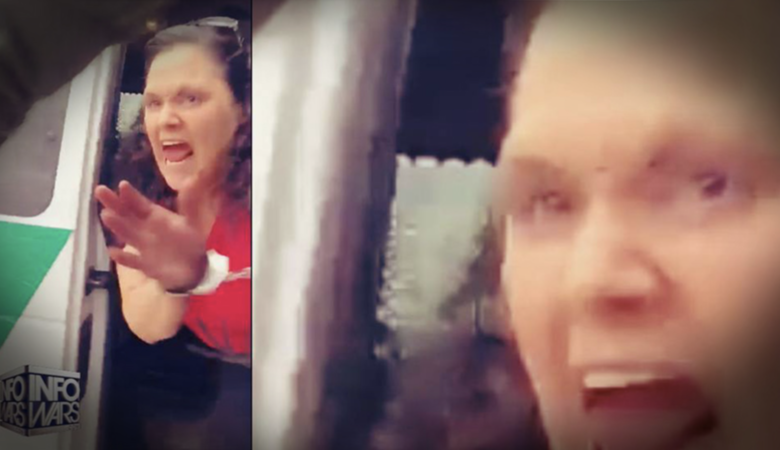 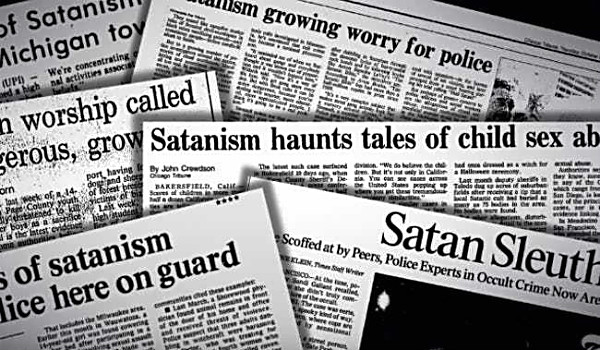 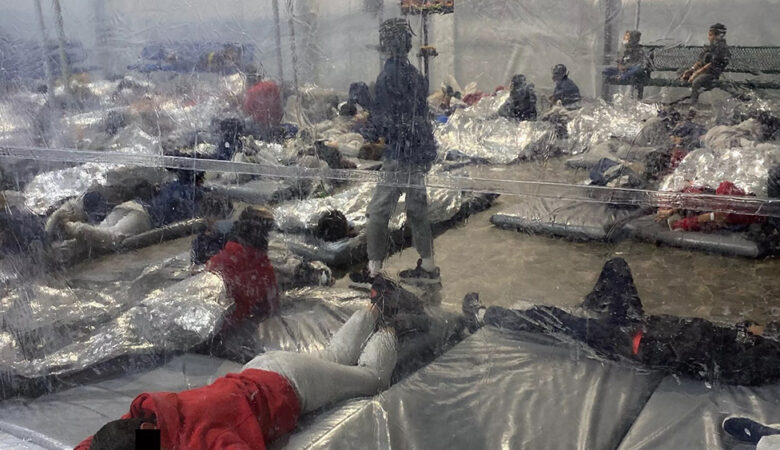 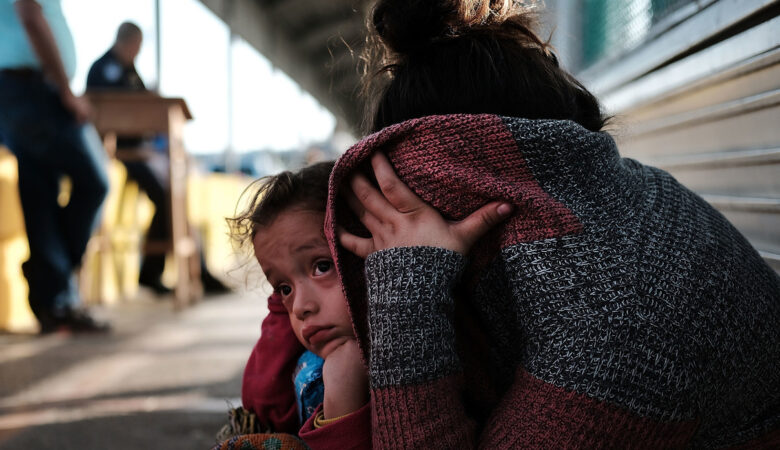