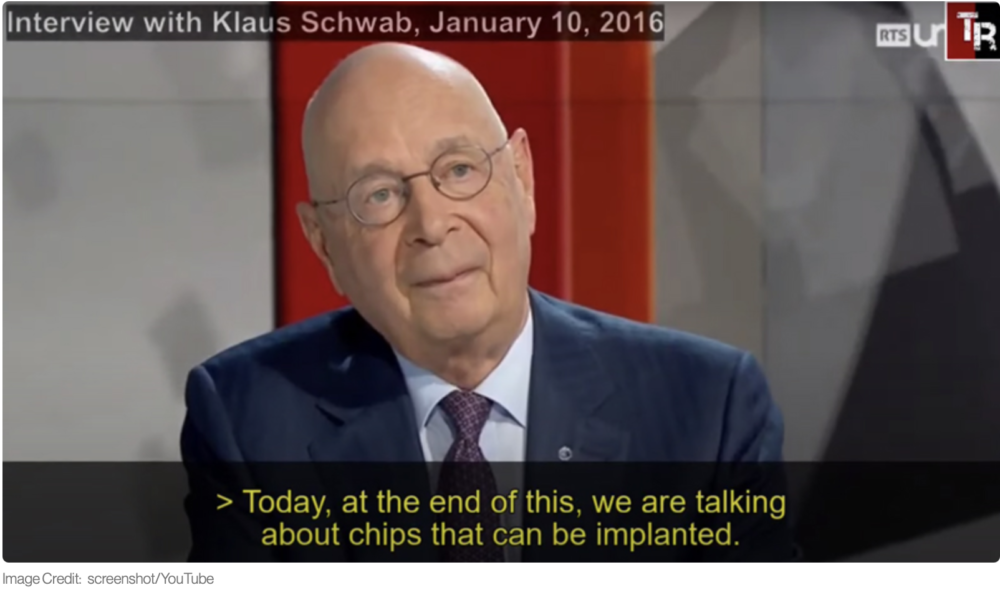 Billy Boy and other globalists used MIT and other universities to develop these systems, but when the public resists this Orwellian takeover, they denounce it as a conspiracy theory — the ultimate form of gaslighting.

But now, World Economic Forum founder Klaus Schwab called for a mandatory global health pass in the form of implantable microchips within 10 years. 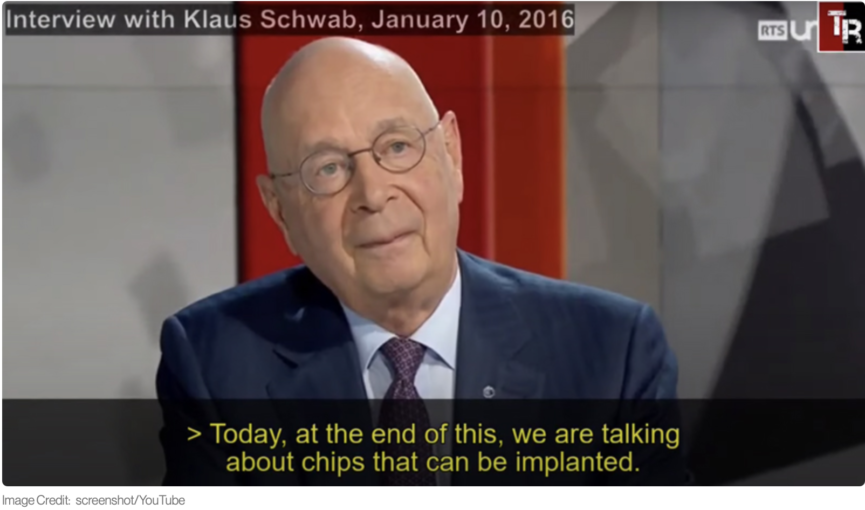 In a 2016 interview that’s now gaining national attention, Schwab, also the founder of the globalist Great Reset agenda, explained that within a decade humanity will be required to have implantable microchips to serve as a global health pass.

Watch Alex Jones break down Klaus Schwab’s 2016 prediction that humanity will be microchipped within a decade.

The interviewer asked Schwab in French, “we are talking about chips that can be implanted. When will that be?”

“Certainly in the next 10 years,” Schwab responded.

Schwab went even further, describing the globalists’ transhumanist dream of a direct “fusion” of consciousness to the “digital world.”

“And in the end, maybe, there will be a direct communication between our brains and the digital world,” he said.

“What we see is a kind of fusion of the physical, digital, and biological world.”

He insisted that people will soon be able to simply say “I want to be connect with anyone now” to directly link their minds with another person’s.