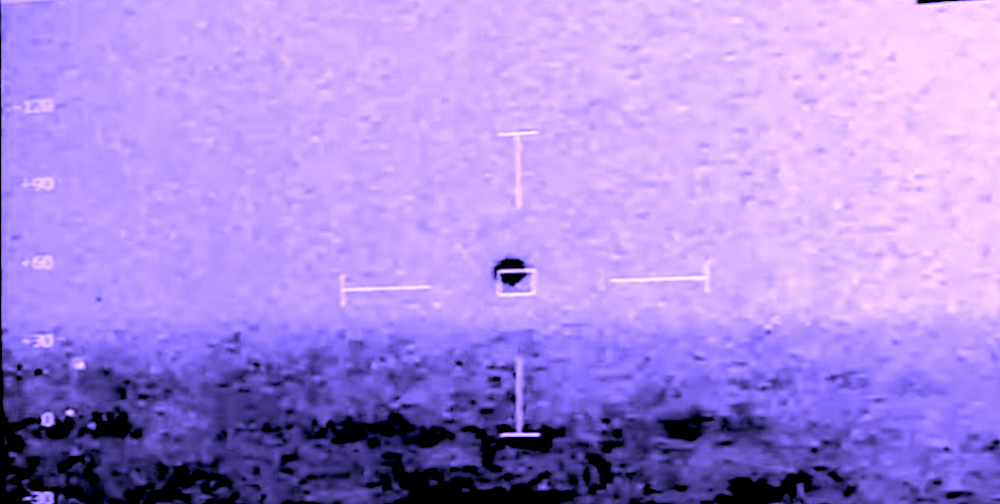 US Navy: New Footage of UFO Disappearing Into the Ocean

Footage filmed (video below) in the CIC (Combat Information Center) of the USS Omaha on July 15th 2019 off the coast of San Diego depicting an unidentified flying object (UFO) has made its way into the pubic domain.

It’s one of several incidents when U.S. warships were what seems to be continuously observed by multiple objects of unknown origin. 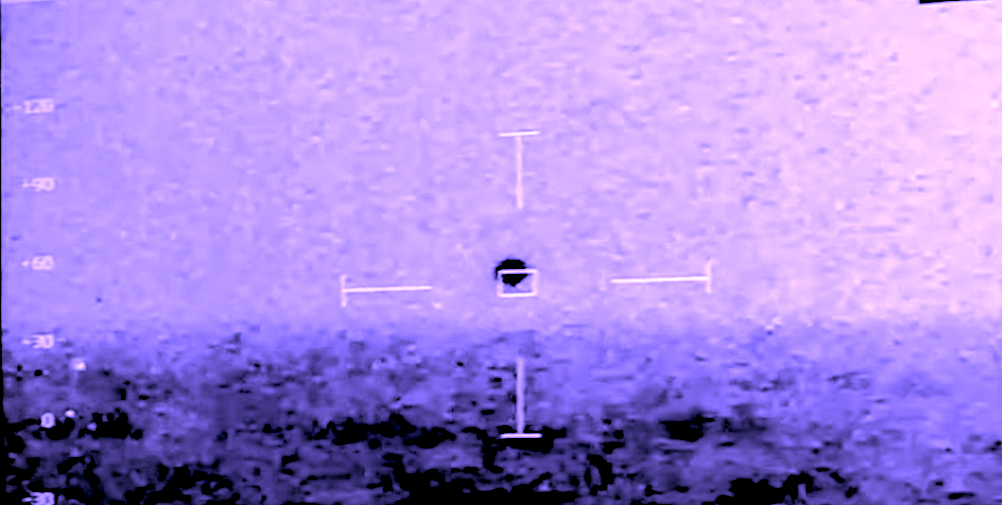 One video and multiple images have been released of these particular incidents, and the Pentagon confirmed these leaks that are apparently being investigated by the Department of Defense’s Unidentified Aerial Phenomena Task Force (UAPTF).

The Pentagon has also confirmed this particular video to be authentic as well.

“The Debrief reached out to the Pentagon about the newly leaked video asking whether it could be confirmed as authentic, and whether it was obtained by Navy personnel aboard the USS Omaha.

“I can confirm that the video was taken by Navy personnel, and that the UAPTF included it in their ongoing examinations,” said Pentagon spokesperson Susan Gough in an email response.”

This particular video is the second one that has been leaked, the first one mentioned above shows triangular or “pyramid” shaped UFOs flying near the military vessels, again, the footage was confirmed to originate from Navy personnel. They did not release anymore information about the incident.

In the new video below, we see a small spherical object hovering, changing direction, flying above the ocean and also capable of “flying” underwater it seems, hence the term “transmedium.”

Navy submarines searched for the object but did not recover anything. This object was filmed using Night Vision and FLIR technologies, and was also tracked on military radar. It was released and published by investigative filmmaker Jeremy Corbell.

One thing that’s important to stress is the fact that military encounters with UFOs is not a new phenomenon, in fact it dates back decades.

“The phenomenon reported is something real and not visionary or fictitious… The reported operating characteristics such as extreme rates of climb, maneuverability, (particularly in roll), at the actions which must be considered evasive when sighted or contacted by friendly aircraft and radar, lend belief to the possibility that some of the objects are controlled either manually, automatically or remotely.” – General Nathan Twining, U.S. Air Force, 1947. (source)

One ‘Conspiracy’ After Another Proven True: UFO ‘Crash Retrievals’ Hits The Mainstream Discussion – But Why?

Common themes among these objects, based on our research here at Collective Evolution, seem to be evasive maneuvers as well as the capability to travel at speeds and perform maneuvers that no known man made piece of machinery can.

It’s not uncommon for these “vehicles” to enter and exit our oceans, and what seems to be materializing and dematerializing, starting and stopping on a dime, splitting into multiple objects and much more.

In one incident released by the U.S. Navy in 2016, the pilot described one of the objects descending from 60,000 feet and stopping right above the ocean surface, instantaneously.

Here’s one example from Iran in 1976 when military jets attempted to fire on one of these objects. At that exact moment, their weapons and electronic systems were “paralyzed.”

How could the occupants or “controllers” of these objects know the exact moment they would be fired upon?

As far as what these objects are, where they come from, why all of a sudden the mainstream is legitimizing this topic after years of secrecy and ridicule, it’s impact on human consciousness and more, we’ve had these discussions and speculations quite a bit.

You can access our article archive on the topic here if interested. There are a lot of articles we’ve published that go more in depth than this one.

We’ve been covering this topic since our inception in 2009, and one thing we believe is that it’s OK to speculate and discuss possibilities.

Relying on mainstream media as well as government to constantly tell us what something is doesn’t seem to be, in our opinion, the most intelligent thing to do.

Years of lies, propaganda (perception manipulation) on various global issues make it clear that independent investigation into this issue is quite important.

We must ask ourselves, why does information and evidence need to come from the government for it to be confirmed as real? What does this tell us about ourselves and the influence these “institutions” may have over human consciousness?

That being said, it’s great to see more legitimacy pertaining to this topic emerge into the public domain. So far,what we’ve seen is great.