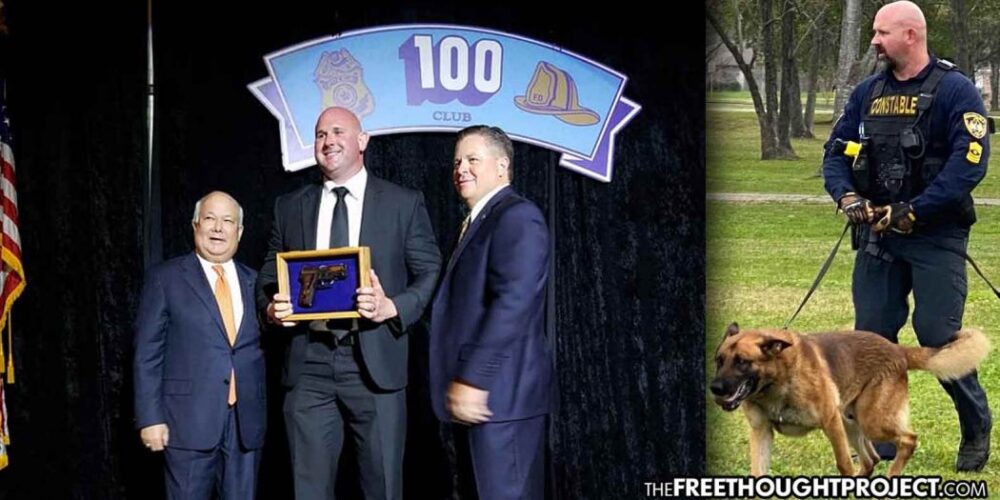 Officer of the Year Confesses to Child Rape Ring, Names Fellow Cops, Then Kills Himself

Liberty County, TX — Last week, a standoff took place between Liberty County law enforcement and a fellow cop from one county over. Harris County Precinct 1 deputy Robert Johnson engaged in a standoff with multiple SWAT officers for several hours before taking his own life. 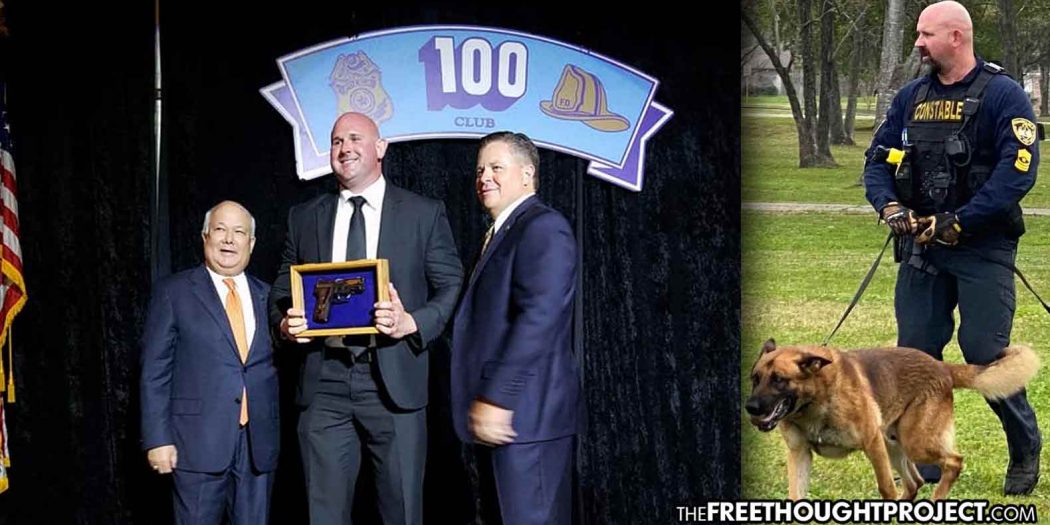 After his suicide, we learned that during this standoff, this decorated Houston cop had confessed to utterly horrifying crimes against children. He also named names.

According to authorities in Liberty County, Johnson became the subject of an investigation earlier this month over allegations he had sexually abused a child.

On May 14, the investigation began when a dispatcher was being evaluated on their work performance, according to Pct. Constable Alan Rosen.

He said during the evaluation, the dispatcher made an outcry about the child abuse allegations involving Precinct 1 Deputy Constable Robert Johnson.

Rosen said the allegations were reported to Internal Affairs and the investigation began.

He said on Monday morning the department contacted the Houston Police Department to investigate the case, where investigators found out the incidents took place in Alvin.

Rosen said HPD and CPS contacted the Alvin Police Department about the allegations. He said Alvin police tried to make contact with Johnson.

On Wednesday morning, Rosen said that the same dispatcher who made the outcry said she was with Johnson and that he was threatening to kill her and take his life.

When police attempted to find Johnson for questioning, they engaged in a traffic stop. The stop turned into a dangerous chase with Johnson reportedly travelling at high speeds into oncoming traffic.

Eventually Johnson came to a stop on the FM 787 bridge over the Trinity River where a standoff ensued.

During the standoff he reportedly called his supervisor and confessed to the allegations of sex abuse of multiple children.

He also named other employees within the Harris county sheriff’s office who were involved.

“Chief Harrison spoke to Johnson for hours because it was important to us to try to prevent a suicide and most importantly to get any and all facts relative to this case that we could get from him,” Harris County Constable Alan Rosen said.

Two of the people mentioned by Johnson during his confession have since been arrested.

Dispatcher Christina McKay and deputy Chonda Shalett Williams were fired from the police department before being arrested for their involvement in the child sex ring as alleged by Johnson.

“There was a lot of people who spoke highly of him as a police officer. It’s pretty apparent that everyone around this guy had no idea he was a pedophile. No idea. Not his wife. Not his friends. Not his coworkers. Nobody,” Rosen said.

But as the two arrests show, his coworkers did know and actually participated in it.

According to court documents, Johnson and Williams drugged a child together before raping them. The allegations were made by the child who came forward to report the incident which happened in December 2020.

Williams reportedly admitted to the incident and admitted to seeing Johnson rape an unconscious child in a hotel room.

According to the same court documents, McKay admitted to providing Johnson with pills so he could use them to render his child victims unconscious.

McKay knew about the abuse, according to the records, as far back as August 2020 but never reported it out of fear of Johnson’s retaliation.

Highlighting the scope and frequency of the abuse, McKay admitted to booking hotel rooms and supplying drugs at least 20 times in the last 12 months.

BluebonnetNews.com spoke to a former girlfriend of Johnson, on the condition of anonymity, who said there may be many more victims coming forward.

She told Bluebonnet News that he was an abusive narcissist who preyed on vulnerable women, particularly those with children. With Johnson now dead and no longer a threat, other young victims may come forward, she said.

Others apparently had no idea this man was a pedophile in a uniform and despite being fired in 2012 for an inappropriate relationship, Johnson went on to Harris county where he was hired with open arms and received multiple awards, including officer of the year.

Nikola Tesla, Ether, Antigravity and Harnessing the Power of the Universe Previous post
Johns Hopkins Prof. Says Half Of Americans Have Natural Immunity: 'Please, Ignore the CDC Guidance' Next post