Texas Gov. Greg Abbott elicited criticism from Dr. Fauci and a host of Democrats when he decided to drop all COVID-19-linked restrictions in the Lone Star State back in March. 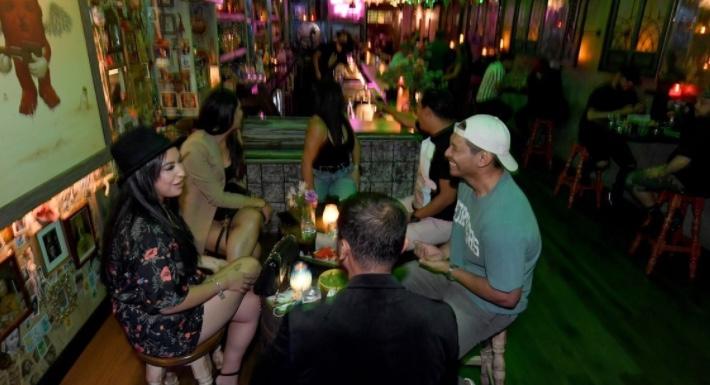 Now, as states across the country are falling in line with President Biden’s aggressive new mask guidance (clearly intended to encourage more holdouts to accept the jjab) Texas is reporting a milestone that many of these critics once believed unthinkable:

On Sunday, the state’s Department of State Health Services reported its first day without a single COVID-19 deaths since March 21, 2020.

Confronted in an interview last month, Dr. Fauci finally acknowledged that he couldn’t explain Texas’ success. And President Biden memorably slammed Republicans in Texas (and in other southern states like Mississippi that followed Texas’ lead) as “Neaderthal-thinking” Republicans.

Still, as the Houston Chronicle admits, it’s clear Texas has “turned a corner” and that the takeaway from the zero-death day is that the state has done remarkably well in combating COVID. 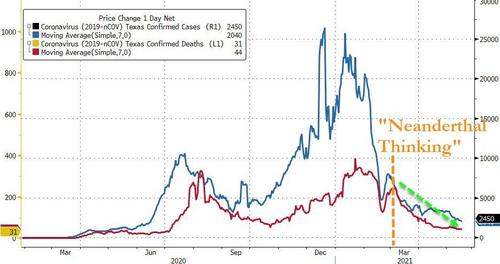 And in a social media post, Gov. Abbott recently rattled off a host of stats illustrating just how successful the state has been.

* 0 Covid related deaths–the only time that's happened since data was tracked in March, 2020.

* the fewest Covid cases in over 13 months

* the lowest Covid hospitalizations in 11 months.

Adding to this, the state reported a record low seven-day positivity rate of 3.9% last week, and cases and hospitalizations have fallen to their lowest marks since last summer.

Funeral homes in the area rejoiced at finally seeing business return to a more normal pace.

Bradshaw-Carter Funeral Home owner Tripp Carter said they haven’t had a COVID-related service since early March, which she credited in part to Houstonians abiding by precautionary measures.

“We are right in the heart of the city, and so it’s just great that we haven’t seen any more cases,” Carter said. “Houstonians, or at least certainly in the inner loop, were very conscious about following CDC guidelines.”

Texas counted only 624 new confirmed infections on Wednesday according to state data, with a seven-day average of 2,072 new cases per day.

To put this all in context, Texas was reporting nearly 30,000 new cases per day and upward of 400 deaths a day earlier this year.

It once was home to the worst outbreak in the country, and last summer became the first state to top 1 million confirmed cases.

Deaths finally began to slow in March, as jjab eligibility was gradually expanded.

To date, 41% of Texans have received at least one jjab dose, and nearly one in three are fully vaccinated against coronavirus, which lags the rate in many other states.

Now, the state can focus its attention on the new crisis of 2021: the fester crisis at the southern border caused by a surge in migrants responding to Biden’s pledge to welcome immigrants.

At least now, with the COVID numbers down, maybe Biden will deem it safe enough to hold more photo-ops at the border where he lectures the GOP on immigration policy.

India: COVID Cases Plummet After Government Promotes Use of Ivermectin and Hydroxychloroquine Previous post
CCP-Affiliated Professor: USA Was Defeated in ‘Biological War’ With China Next post