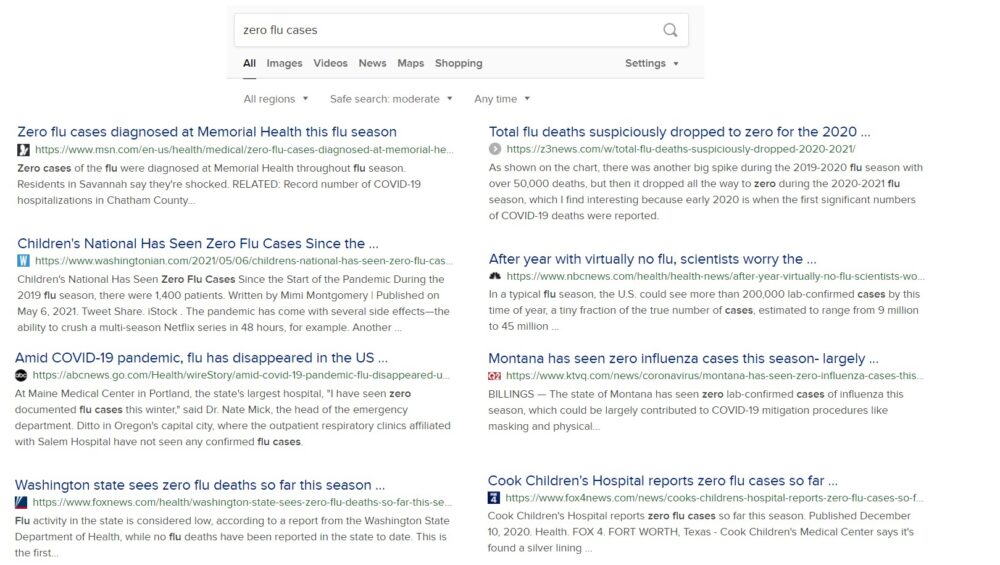 In a report published by CBC in Canada, government health officials are saying that they have not found a single case of seasonal flu this year. 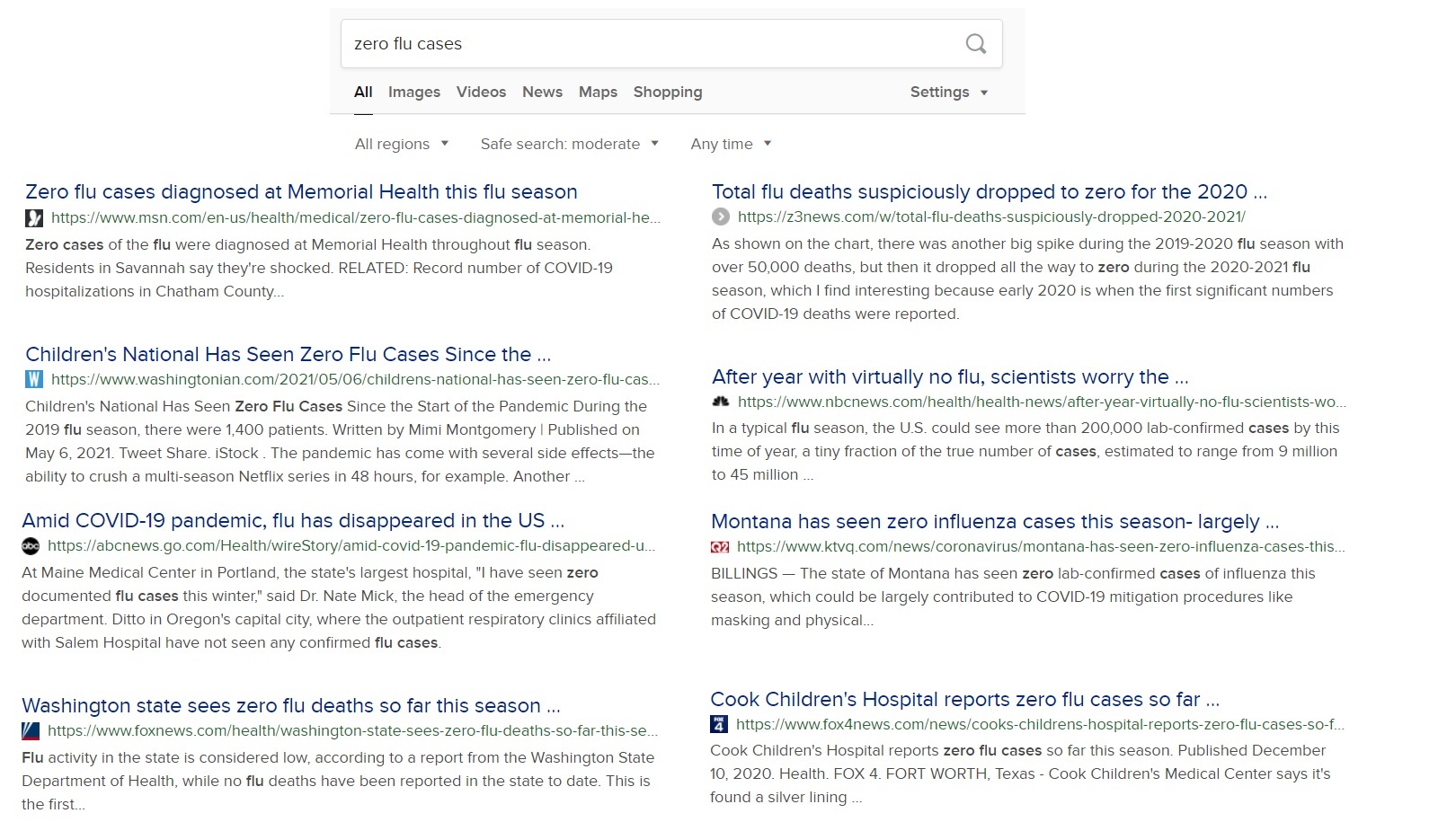 Health officials in B.C. have not detected a single case of influenza circulating in the community since flu season began, continuing an “exceptional” nationwide trend even as the province sits in the thick of its regular flu season.

“It’s still a big goose egg in terms of influenza detection provincially. It’s really quite exceptional how low the influenza activity is,” said Dr. Danuta Skowronski, the lead for influenza and emerging respiratory virus monitoring at the BCCDC.

“I’ve been on the influenza beat for 20 years and I’ve never seen anything like this … and that’s not for lack of trying.”

But if you continue reading the article, you will see that they have actually tested some people positive for influenza via nasal swabs: those who were injected with the live-attenuated influenza jjab.

The BCCDC has tested 30,000 samples for influenza this year. Only a dozen of those tests came back positive and all were linked to people who’d received a jjab, which doesn’t count as community spread.

By comparison, the centre found 861 positive tests last year with roughly one-third of the testing.

B.C.’s experience is reflected across the country. A report from the Public Health Agency of Canada on Thursday said there hasn’t been enough influenza cases to even declare that the 2020-21 flu season has begun in Canada.

The 30,000 tests run for the flu this year is four times the average number of tests B.C. has done over the past five flu seasons.

The dozen positive results were all connected to people who’d received the “live attenuated” flu jjab, which is made from weakened influenza virus and delivered by nasal spray.

“It’s not unusual to pick up the jjab virus in the nose swab,” Skowronski said. “What is unexpected is to find no influenza viruses otherwise at all in the province.” (Source)

This is not a new phenomenon, of course. For years now there have been no cases of polio in most countries around the world, except among those who are vaccinated for polio.

I wondered if this phenomenon of zero flu cases was also being experienced in the U.S., so I did a search on the term “zero flu cases.”

The result is in the graphic at the top of this article, which shows that many communities, hospitals, cities, and even states, are reporting the same thing as Canada.

Of course, the reason being given as to why the flu just all of a sudden disappeared is because of COVID-19 measures, which stopped the flu, but not COVID-19.

Not even the experimental COVID-19 “jjabs” have stopped COVID-19, as the majority of people dying today with a COVID-19 diagnosis have been “fully vaccinated.”

And yet people in the public actually believe this explanation as to why the flu has suddenly disappeared??

Who are these people running these government health agencies and telling the public such bold-faced lies?

(I am sorry for all of you who would like to republish this but will now be dissuaded simply because I quoted some Bible verses, but there just is no other explanation for this phenomenon. Feel free to edit this part out if you wish.)

You belong to your father, the devil, and you want to carry out your father’s desire. He was a murderer from the beginning, not holding to the truth, for there is no truth in him. When he lies, he speaks his native language, for he is a liar and the father of lies. (Jesus – John 8:44)

How can the masses in the public continue to believe such obvious lies?

For this reason God sends them a powerful delusion so that they will believe the lie and so that all will be condemned who have not believed the truth but have delighted in wickedness. (2 Thessalonians 2:11-12)

AAPS Sues the FDA to End Its Arbitrary Restrictions on Hydroxychloroquine Previous post
Physicist: Climate Change is a ‘Fiction of the Media’ – Politicians Have ‘Never Read the Science’ Next post