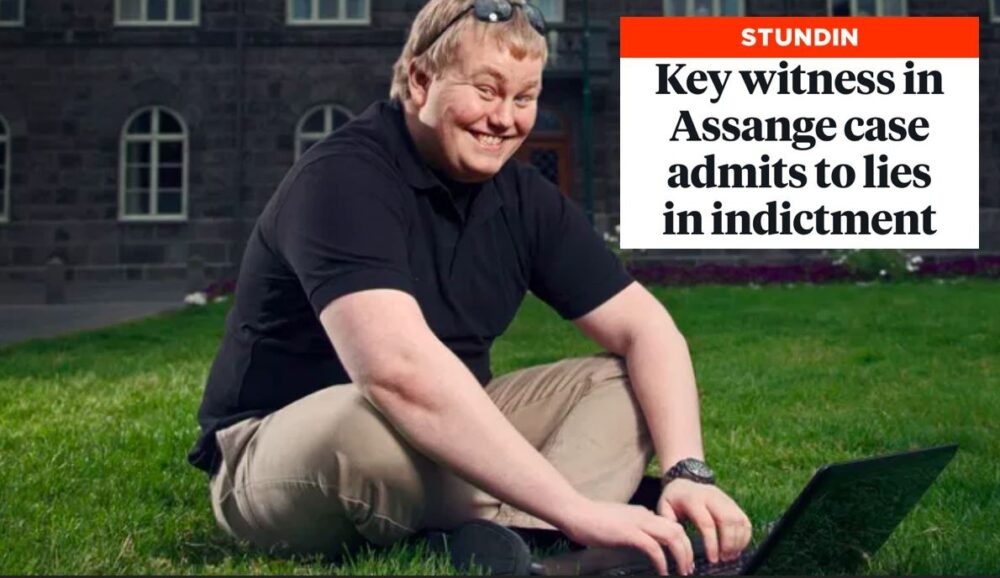 The End of the Case Against Julian Assange: Prosecution Relied on False Testimony from a Diagnosed Sociopath and Convicted Pedophile

The Icelandic newspaper Stundin reports that a key witness in the US prosecution of Julian Assange has admitted in an interview with the outlet that he fabricated critical accusations in the indictment against the WikiLeaks founder. 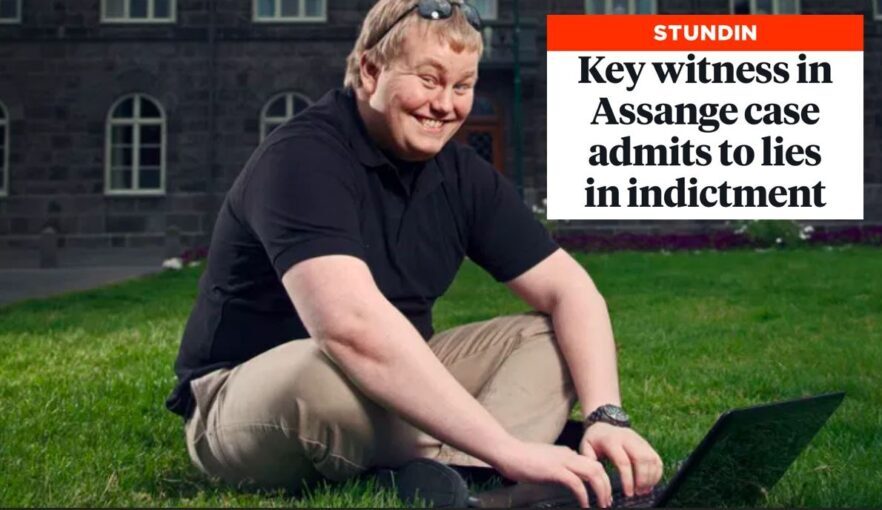 “A major witness in the United States’ Department of Justice case against Julian Assange has admitted to fabricating key accusations in the indictment against the Wikileaks founder,” Stundin reports.

“The witness, who has a documented history with sociopathy and has received several convictions for sexual abuse of minors and wide-ranging financial fraud, made the admission in a newly published interview in Stundin where he also confessed to having continued his crime spree whilst working with the Department of Justice and FBI and receiving a promise of immunity from prosecution.”

BREAKING: Lead witness in US case against Julian Assange admits to fabricating evidence against him in exchange for a deal with the FBI #Assange https://t.co/kZxsTi62q0

This major witness would be Iceland’s Sigurdur “Sigi” Thordarson, a paid FBI informant who after his short-lived association with WikiLeaks has been found guilty of sexually abusing nine boys as well as embezzlement, fraud, and theft in his home country. A court-appointed psychologist has found him to be a sociopath.

“The court found that Sigurður is by all definitions a sociopath, suffering from a severe anti-social personality disorder. However, the court found that he did know the difference between right and wrong and could not be considered insane and could therefore stand trial,” Iceland Magazine reportedin 2015 during Thordarson’s child abuse case.

This was all public knowledge when the US government was building its case to extradite Julian Assange to America and try him under the Patriot Act for journalistic activity which exposed US war crimes, a prosecution for which Assange is still locked up in Belmarsh Prison pending Washington’s appeal of a UK court’s denial of the extradition request. And now we know for a fact that the odious person whose testimony formed the basis for much of that prosecution was lying.

“US officials presented an updated version of an indictment against him to a Magistrate court in London last summer,” Stundin says. “The veracity of the information contained therein is now directly contradicted by the main witness, whose testimony it is based on.”

What this means is that the US decided to add more accusations to its previous indictment because charging a journalist for standard journalistic practices was too weak on its own, and now this decision has bitten them in the ass.

The article’s authors explain that contrary to the claims in that indictment, “Thordarson now admits to Stundin that Assange never asked him to hack or access phone recordings of MPs” and “further admits the claim, that Assange had instructed or asked him to access computers in order to find any such recordings, is false.”

Judge Baraitser: "he also asked [Thordarson] to hack into computers to obtain information including audio recordings of phone conversations between high-ranking officials, including members of the Parliament, of the government of “NATO country 1”.”
This is false, says Thordarson https://t.co/oDXLARJuGK

Thordarson’s testimony was cited extensively by British Magistrate Vanessa Baraitser when she was providing her ruling on the extradition request which is currently under appeal, and it looks pretty silly now that we know it was bogus.

Her ruling repeats the prosecution’s claim that Assange “asked Teenager [code for Thordarson] to hack into computers to obtain information including audio recordings of phone conversations between high-ranking officials, including members of the Parliament,” but Thordarson has now recanted this claim.

While the judgement on the extradition request reads, “It is alleged that Mr. Assange and Teenager failed a joint attempt to decrypt a file stolen from a ‘NATO country 1’ [ code for Iceland] bank”, Thordarson told Stundin that “this actually refers to a well publicised event in which an encrypted file was leaked from an Icelandic bank and assumed to contain information about defaulted loans provided by the Icelandic Landsbanki,” and that “Nothing supports the claim that this file was even ‘stolen’ per se, as it was assumed to have been distributed by whistleblowers from inside the failed bank.”

While the ruling repeats the claim that Assange “used the unauthorized access given to him by a source, to access a government website of NATO country-1 used to track police vehicles,” Thordarson told Stundin that “Assange never asked for any such access.”

These revelations are entirely damning.

“This is the end of the case against Julian Assange,” tweeted NSA whistleblower Edward Snowden, adding, “If Biden continues to seek the extradition of a publisher under an indictment poisoned top-to-bottom with false testimony admitted by its own star witness, the damage to the United States’ reputation on press freedom would last for a generation. It’s unavoidable.”

“Now it’s time to have an international inquiry on how Sweden, UK, US, Ecuador and Australia have handled the Julian Assange case. My FOIA provides evidence nothing is normal in this case,” tweeted investigative journalist Stefania Maurizi.

It just says so much that the most powerful government in the world, with all its essentially limitless resources, needed to build its case against Assange on false testimony from a diagnosed sociopath and convicted child molester.

That’s how strong their case was against a journalist whose only “crime” was telling the truth about the powerful.

This after we learned that Assange and his lawyers were spied on by the CIA, that he is being tortured, that his seven-year de facto imprisonment prior to his two-year stay in Belmarsh was arbitrary detention and unjust from the very beginning, and that the pretext for keeping him there was itself fallacious.

This is a farce. The fact that this man remains behind bars is an outrage.