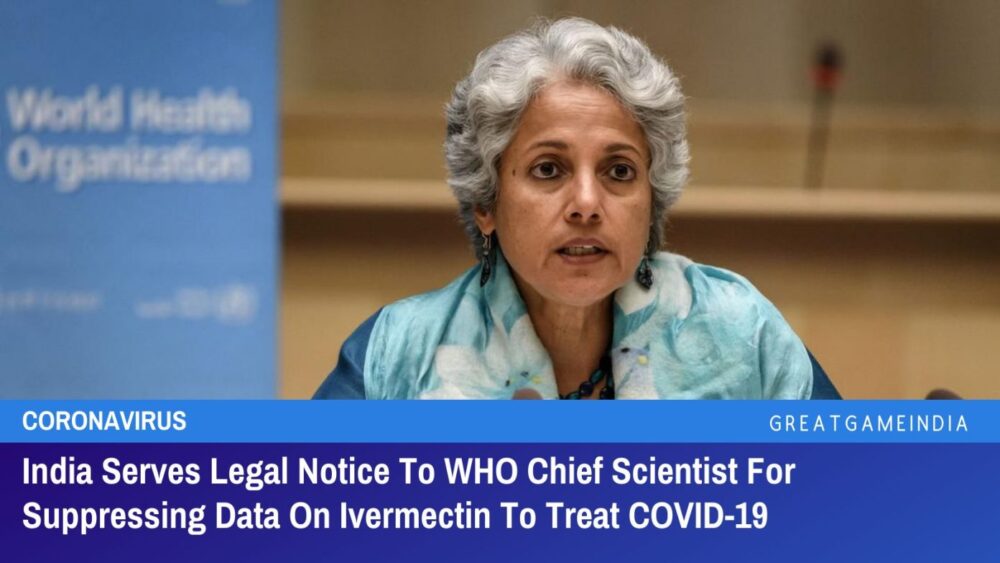 The Indian Bar Association has taken legal action against the World Health Organization’s (WHO) Chief Scientist Dr. Soumya Swaminathan for her role in spreading disinformation and suppressing data on the use of Ivermectin to treat COVID-19. 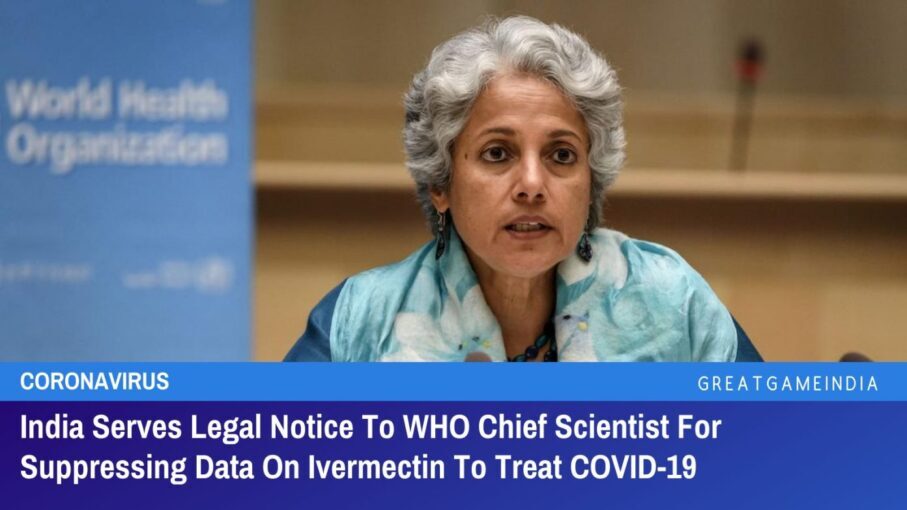 The association (IBA) served a legal notice (read below) on Swaminathan on May 25, claiming that she was “spreading disinformation and misguiding the people of India, in order to fulfill her agenda” and sought to prevent her from “causing further damage.”

They further stated that Swaminathan, in her statements against the use of Ivermectin, ignored research and clinical trials from two organizations — the Front Line COVID-19 Critical Care (FLCCC) Alliance and the British Ivermectin Recommendation Development (BIRD) — who have presented solid data showing ivermectin prevents and treats COVID-19.

“Dr. Soumya Swaminathan has ignored these studies/reports and has deliberately suppressed the data regarding effectiveness of the drug Ivermectin, with an intent to dissuade the people of India from using Ivermectin,” the IBA said in a statement (read below).

“Safety and efficacy are important when using any drug for a new indication. WHO recommends against the use of Ivermectin for COVID-19 except within clinical trials.”

Swaminathan made the post soon after Goa’s health minister announced that every Goa resident 18 and older would be given ivermectin as prevention regardless of their COVID-19 status, as part of the Indian state’s effort to stop the transmission of the virus.

With the support of the Hon'ble CM @DrPramodPSawant, the Government of Goa will be starting the Prophylaxis treatment for those above 18 years of age. I have given instructions for immediate implementation of the treatment. (1/4)

India has been hit hard in the second wave of the virus pandemic beginning in March 2021.

India saw nearly 750% increase in COVID-19 cases in less than a month. Many health experts have suggested that it was the mass vaccination drive in metro cities that caused the second COVID-19 wave in India.

The legal notice calls for a clear response from Swaminathan on a number of key points, and the association said that in the case of a failure to provide a clear response, it reserves the right to initiate prosecution under sections of the Indian Penal Code and Disaster Management Act, 2005.

The Indian Bar Association cited the case of 80-year-old Judith Smentkiewicz, who made a full recovery after being on a ventilator and told she only had a 20 percent chance of survival.

Her family obtained a court order that allowed her to receive additional doses of Ivermectin after doctors were hesitant to give her more than one dose, according to Buffalo News.

Smentkiewic’s family and attorneys say they believe that Ivermectin saved her life.

The WHO has been accused of suppressing every other alternative treatment for COVID-19 which is outside its recommendations, regardless of whether it works or not.

As reported by GreatGameIndia earlier, even the President of Madagascar himself has made a sensational claim that the WHO offered him $20m bribe to poison COVID-19 cure. The herbal remedy called COVID-19 Organics made from Artemisia can cure COVID-19 patients within ten days said the President. He also raised the question that if it was a European country that had actually discovered this remedy, would there be so much doubt?

Read the Press Release below: 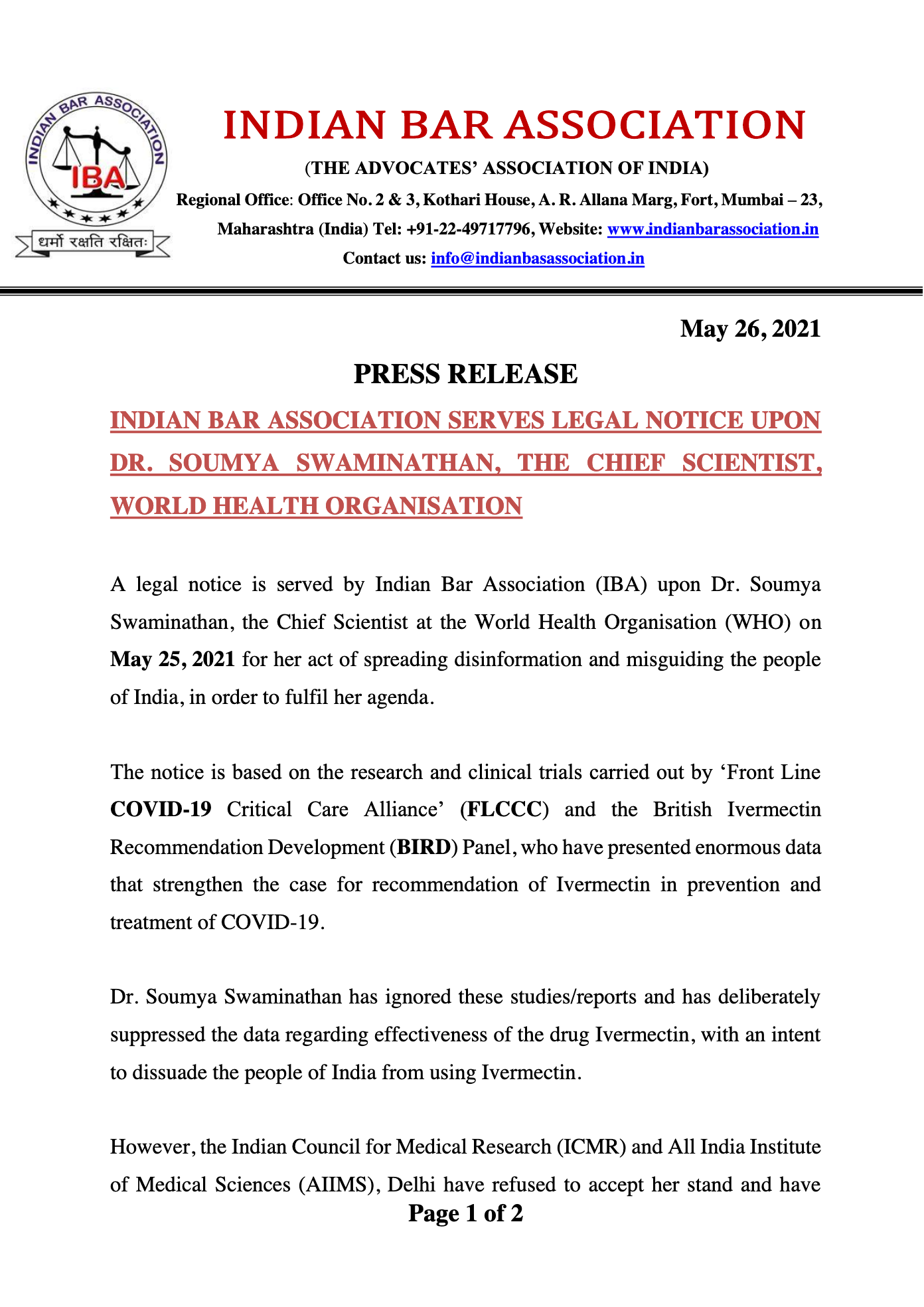 Read the Legal Notice below: 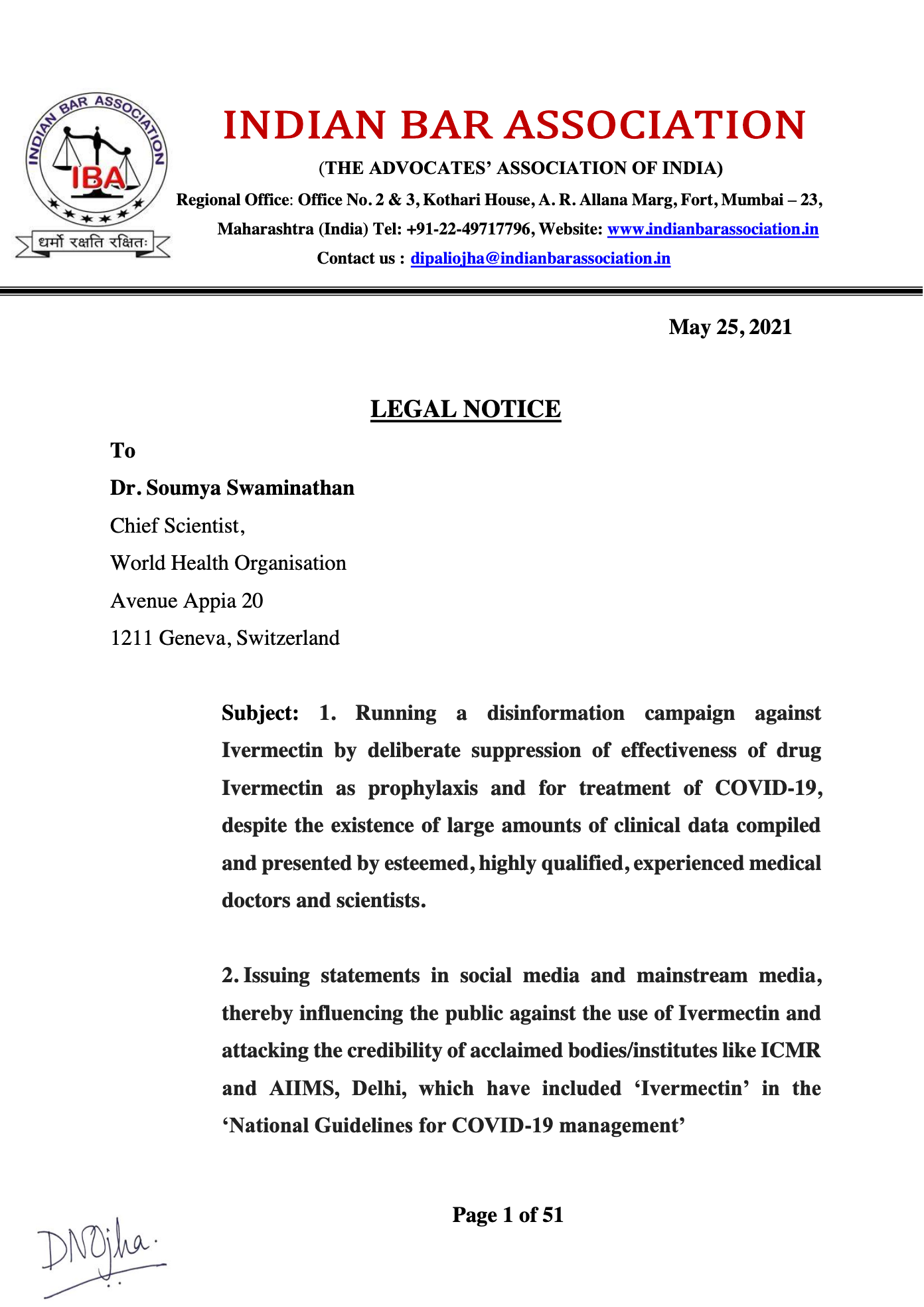 Apple and TSA Team Up to Create Digital ID for Air Travel Previous post
German Study: Lockdown ‘Had No Effect’ on Stopping Spread of Coronavirus Next post