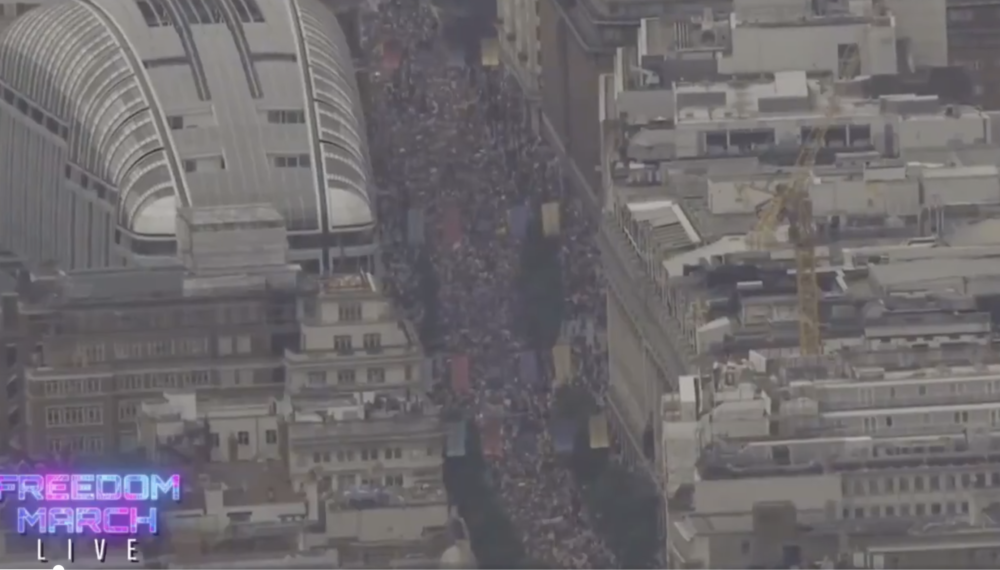 The people of London have had enough. Massive protests against COVID lockdowns have broken out in London. The event is called the “Freedom March.” 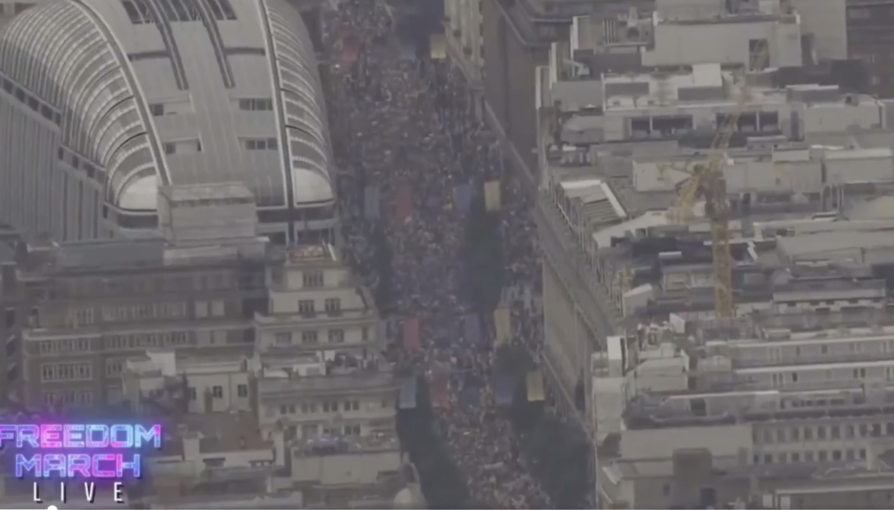 The crowd size is massive:

Wow! Easily the biggest yet and it's still early! #londonprotest pic.twitter.com/S3PZLepJH0

Many are also protesting jjab passports:

Former European Parliament member and Brexit Party leader Nigel Farage spoke out on the protest and threw his support behind it:

It was exposed that Matt Hancock, the UK Health Secretary was caught breaking the COVID rules he preached while having an affair with one of his aides:

Married Matt Hancock was yesterday branded a hypocrite for canoodling with his mistress despite preaching to the nation to hug “carefully”.

We exclusively revealed the Health Secretary’s affair with aide Gina Coladangelo, including how they were caught on camera snogging on May 6.

The Sun can today tell how they were “all over each other” again this week in the same ninth-floor Whitehall office.

On May 16 — with indoor hugging still banned — Hancock warned the country: “We should all be careful. We all know the risks. Of course there are people who have been yearning to have some physical contact.