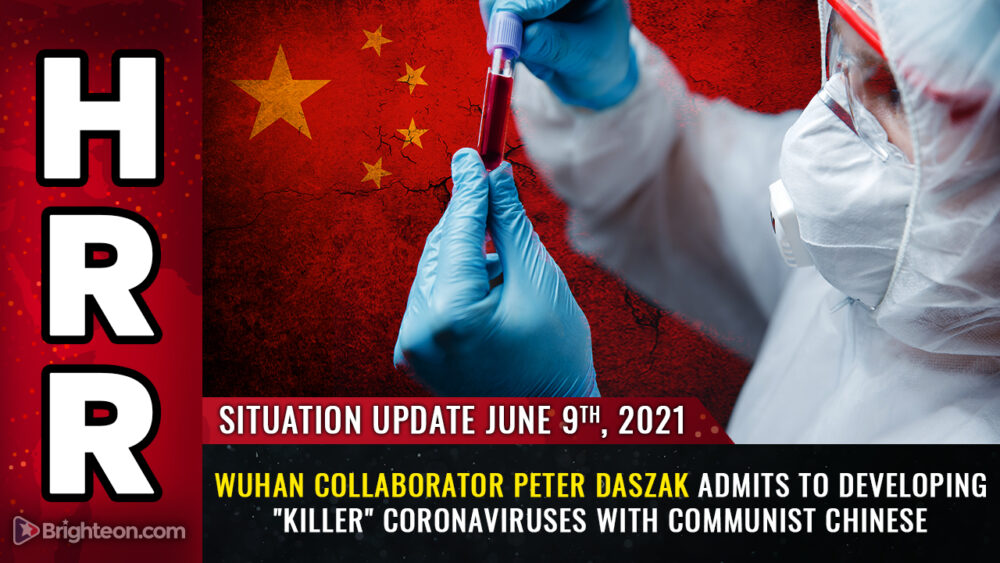 We now know that Peter Daszak of EcoHealth Alliance, who funneled millions of dollars to the Wuhan Institute of Virology that carried out gain-of-function weaponization experiments, bragged about his Chinese colleagues (whom he helped fund) creating “killer” coronaviruses. 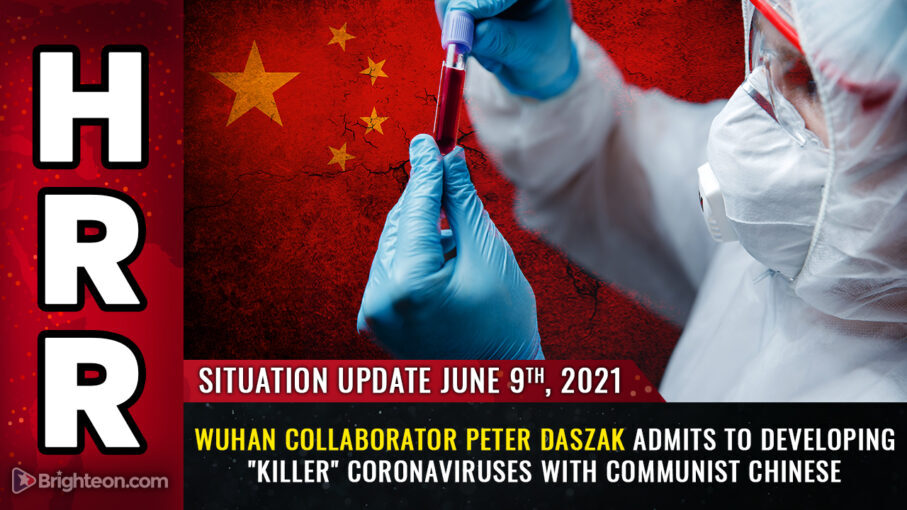 A video unearthed by The National Pulse and widely circulated yesterday shows Daszak boasting about his research:

Then when you get a sequence of a virus, and it looks like a relative of a known nasty pathogen, just like we did with SARS. We found other coronaviruses in bats, a whole host of them, some of them looked very similar to SARS. So we sequenced the spike protein: the protein that attaches to cells.

Then we… Well I didn’t do this work, but my colleagues in China did the work. You create pseudo particles, you insert the spike proteins from those viruses, see if they bind to human cells. At each step of this you move closer and closer to this virus could really become pathogenic in people… You end up with a small number of viruses that really do look like killers.

Daszak was essentially describing the weaponization of the SARS-CoV-2 spike protein that is now known to cause vascular damage, blood clots, strokes and other tissue damage while attacking the ovaries, testes, adrenal glands and neurological tissue.

Here’s the video of Daszak:

Fauci, Daszak, Baric and the international conspiracy to build biological weapons with the communist Chinese military

As more videos and emails continue to emerge, they describe a global money laundering operation and apparent criminal conspiracy to evade U.S. laws that prohibit gain-of-function research by funneling NIH money to communist China where the CCP military oversaw the weaponization experiments.

Whether deliberate or not, this weaponized virus escaped the Wuhan laboratory and proceeded to devastate the world due to the toxicity of its spike protein nanoparticle “payload.”

While the virus replication engine itself appears to be nearly harmless, the spike protein payload is toxic and deadly, and that’s the nanoparticle that’s being placed into covid jjabs.

Thus, what Peter Daszak is essentially admitting to is an international conspiracy to hand communist China the funding and know-how to create weaponized nanoparticles (the spike protein) that are then placed into so-called “jjabs” and injected into people across America and around the world, potentially leading to global depopulation and infertility.

Dr. Byram Bridle is one doctor among many who are sounding the alarm about this spike protein as new bio-distribution studies show it circulates through the entire body, attacking the brain, heart, adrenal glands, spleen, large intestine, liver, ovaries and testes, among other organs:

It is no coincidence that communist China has long sought to develop coronavirus bioweapons to attack the West. As reported by LifeSiteNews:

Titled ‘The Unnatural Origin of SARS and New Species of Man-Made Viruses as Genetic Bioweapons’, the paper is said to have suggested that the third world war would be fought with biological weapons, revealing how Chinese scientists were discussing the weaponisation of SARS coronaviruses five years before the COVID-19 pandemic hit.

The executive director of the Australian Strategic Policy Institute (ASPI), Peter Jennings, said the document is as close to a “smoking gun as we’ve got”.

“I think this is significant because it clearly shows that Chinese scientists were thinking about military application for different strains of the coronavirus and thinking about how it could be deployed,” Jennings was quoted as saying by news.com.au.

And then, from the UK Daily Mail:

China was preparing for a Third World War with biological weapons – including coronavirus – SIX years ago, according to dossier produced by the People’s Liberation Army in 2015 and uncovered by the US State Department

It now appears that Fauci and Daszak helped with the funding and virology support of China’s effort to build a biological weapon that could be deployed against America and the West.

All those who promote covid jjabs are, in essence, working to help communist China carry out its attack against the West by promoting the injection of Americans with spike protein bioweapons developed by communist Chinese military bioweapons researchers.

The jjab contains the biological weapon that was developed in China, in other words.

Rep. Devin Nunes Calls for Ashli Babbit’s Murderer to Be Named & 14,000 Hours of Capitol Security Footage to Be Released Previous post
Global Pushback Against Tyranny Has Begun Next post