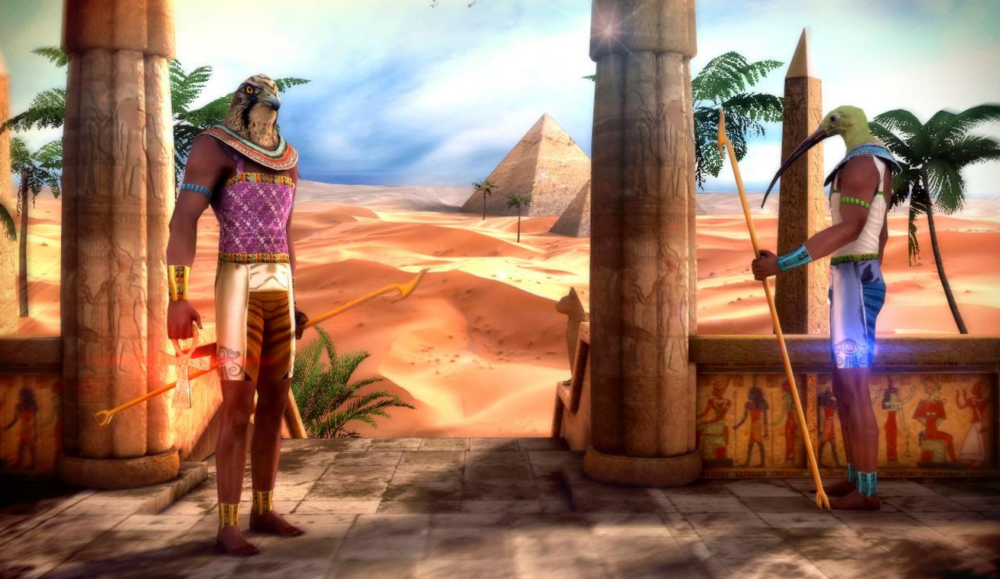 When Gods Ruled the Earth: Egypt Before the Pharaohs

According to Plutarch: “Ra departed to the heavens and Osiris became pharaoh of Egypt with Isis and they built Thebes [the present Luxor]”. 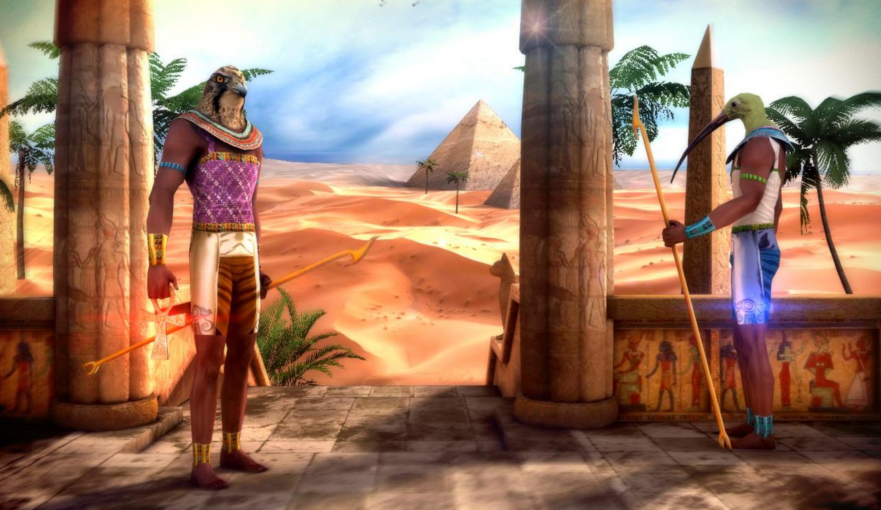 Have you ever wondered about Pre-Pharaonic Egypt and its rulers, not according to mainstream scholars but according to ancient texts written thousands of years ago?

This time in history, the pre-pharaonic period remains a great mystery for most scholars and Egyptologist, mostly because they cannot accept that what is written since it goes directly against the beliefs of most historians, archaeologists, and Egyptologists.

The time before 3000 BC, the date when the first official Pharaoh appeared in Egypt is a great enigma.

It is not a secret that the ancient Egyptians consider their civilization as the legacy of Gods who came not from Earth but from elsewhere in the cosmos, and Pre-Pharaonic Egypt seems to back up this theory.

One of the most important ancient texts that can tell us more about this time in history is the Papyrus of Turin, which lists all the Pharaohs who ruled over Ancient Egypt.

Not only does this list include all of the ‘official’ historic Pharaohs of Ancient Egypt, but it also includes the deities or “Gods” who came from above and reigned over the lands of Egypt before the first mortal Pharaoh of Egypt with a lineage that spreads over 13,000 years.

It is a great enigma why mainstream scholars consider this ancient text as pure myth and why most details of the ancient text have been overlooked and omitted from the history books.

There are some researchers who believe that by calculating the decrypted information obtained from the Papyrus of Turin, we obtain the initial period, referred to as the kingdom of Ptah, creator and first ruler of ancient Egypt, dating back 39,000 years.

Egyptology and the official historiography tells us that everything to the pre-dynastic era is regarded as a myth, without much historical value.

The Palermo stele is another incredible ancient text that mentioned the pre-dynastic rulers of Ancient Egypt. This ancient Stele even makes reference to Egyptian God Horus, suggesting that he was a physical ruler of the Ancient Egypt thousands of years ago. Another Egyptian God, Thoth is said to have reigned over the lands of Ancient Egypt from 8670 to 7100 BC.

Interestingly, Egyptian High Priest Manetho, who had access to unlimited ancient texts from the Ancient Library of Alexandria, and who wrote for the Pharaoh the history of Ancient Egypt in 30 volumes makes reference to the divine beings that ruled during Pre-Pharaonic Egypt. (source)

If you look at today’s Egyptologists, you will find out that they too make use of Manetho’s dating considering it as a very reliable tool when studying the officially recognized dynasties, yet for some mysterious reason, the same Egyptologists have decided to avoid anything related to Pre-historic dynasties, carefully selecting certain details and adopting them as their own while rejecting anything that does not fit into their view of history.

We can trace back the rulers of Egypt in a series of ancient “Royal Lists”. The Royal List of Abydos for example, located on the wall of the Temple of Sethos I in Abydos offers us a chronological order of seventy-six rulers of ancient Egypt that range from Menes to Sethos I.

In addition to this list we have the Royal List of Karnak which can be found in Louvre, which has sixty-one rulers, ranging from Menes to Tuthmosis III. These two lists offer us insight into the tradition of Upper Egypt. The Royal list of Sakkara displays forty-seven kings previous to and including, Ramses II. (source)

More important than any of the above mentioned is the Turin Papyrus: This ancient text written in hieratic on the verso of the papyrus, with accounts of the time of Ramesses II. on the recto (which gives the approximate date, c. 1200 B.C.).

In its original state, the papyrus must have been an artistically beautiful exemplar, as the script is an exceptionally fine one. It contains the names of kings in order, over 300 when complete, with the length of each reign in years, months, and days; and as the definitive edition of the papyrus has not yet been issued, further study is expected to yield additional results.

The papyrus begins, like Manetho, with the dynasties of gods, followed by mortal kings also in dynasties. The change of dynasty is noted, and the sum of the reigns is given: also, as in Manetho, several dynasties are added together, e.g.” Sum of the Kings from Menes to [Unas]” at the end of Dynasty V. The arrangement in the papyrus is very similar to that in the Epitome of Manetho. (source)

Manetho provides us with a number of interesting details about the so-called “divine” rulers of Ancient Egypt and their dynasties which he divides into three different categories: The Gods, Heroes and “Manes” but many other authors, Eusebius, bishop of Caesarea in Palestine, and Syncellus speak of a lineage of Gods who reigned on Earth for a total of 36,600 years. After this period of rule come the mortal Pharaohs of Ancient Egypt.