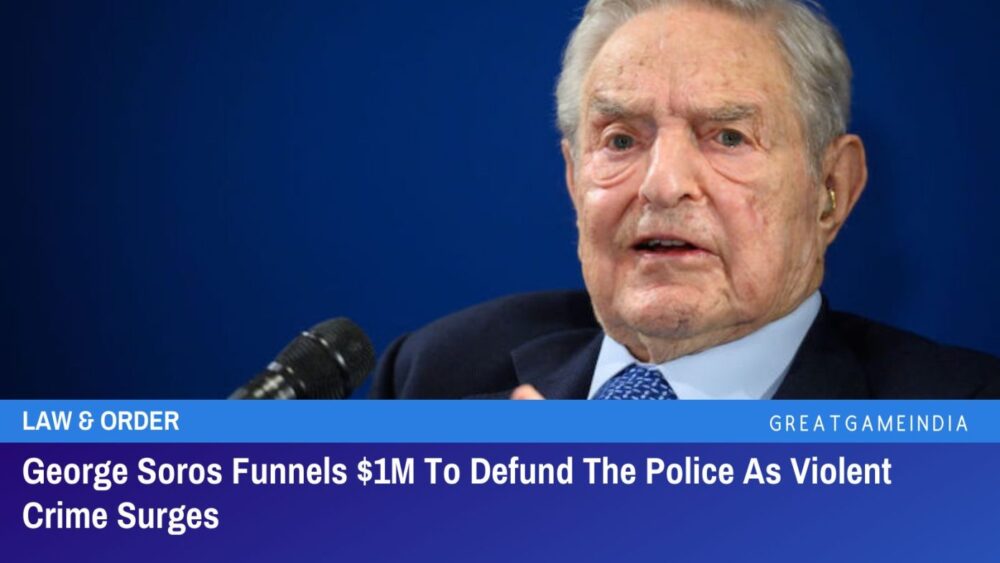 George Soros is funneling $1 million to support defunding the police, as violent crime spiked across America. 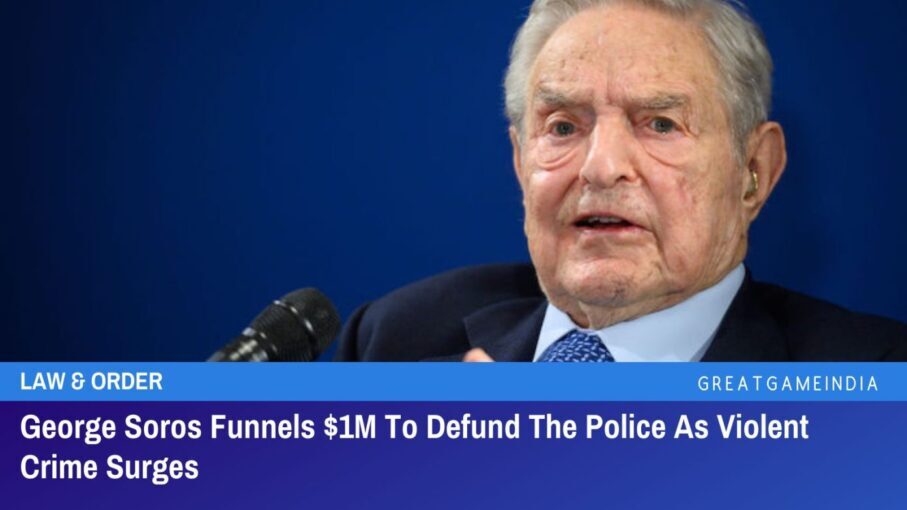 Soros gave $1 million to Color Of Change PAC on May 14, according to records filed with the Federal Election Commission. It is the progressive billionaire’s largest political contribution of the 2021 election cycle and his first to the political action committee since 2016.

Color Of Change, which bills itself as the largest online racial justice group in the country, is a vocal supporter of defunding the nation’s police departments. It led an online political outreach campaign last year to defund police departments following the killings of George Floyd and Breonna Taylor.

An online petition organized by the group reads, “Invest in black communities. Defund the police.” The petition also called for “divesting from and dismantling the systems that unjustly harm Black people.”

Color Of Change supported an effort by the Minneapolis City Council to divert funds from the police department after officer Derek Chauvin murdered Floyd.

“Policing is a violent institution that must end. We imagine a country where there is enough money to educate our children, care for our sick and feed those who are financially unstable. Defunding the police allows for this vision,” Color Of Change president Rashad Robinson said in a statement supporting the city council’s effort.

The defund movement has lost some steam over the past year as violent crime has surged. But Color Of Change remains committed to dismantling police departments.

A campaign director for Color Of Change told a Brooklyn newspaper last month that the group was calling for “no more police and no more mass incarceration.”

The funding to these groups could eventually end up in the hands of terrorists. Numerous Black Lives Matter organizers have ties to extremist movements of the past, and are not some brand new movement simply fighting for marginalized people today.

Black Lives Matter declared war on the police and released a blueprint for Black Panther style armed ‘patrols’ monitoring police officers on the streets. BLM’s leader revealed in an exclusive interview that they were mobilizing a highly-trained military arm.

A leading Black Lives Matter (BLM) group has atleast one terrorist on its board of directors. Thousand Currents – the group funding the core operations of BLM – is known to have a terrorist Susan Rosenberg as a Vice Chair on its board. Susan is an expert in civil unrest and cultural warfare.

She was the ringleader of “America’s only woman-run terror group”. She tried to derail Ronald Reagan’s reelection campaign by orchestrating a violent movement based on racial oppression and spent 16 years in federal prison for domestic terrorism.

The co-founder of the Black Lives Matter movement Patrisse Cullors resigned recently after making millions of dollars. Her resignation comes amid controversy over the group’s finances and Cullors’ personal wealth — including a real-estate buying spree in which she snagged four high-end homes for $3.2 million in the US.

Meanwhile, in an investigation it has been found that 99.64% of the Black Lives Matter’s ‘Defund the Police’ donations go to Joe Biden via ActBlue, a Democrat fundraising platform that is the top donor to Biden for President campaign.

New York Times Admitted the CDC is Broken Beyond Repair Previous post
The Word for it is ‘Propaganda’: Wikipedia Co-Founder Says Website Has Morphed Into Playground for Rich and Powerful Manipulators Next post