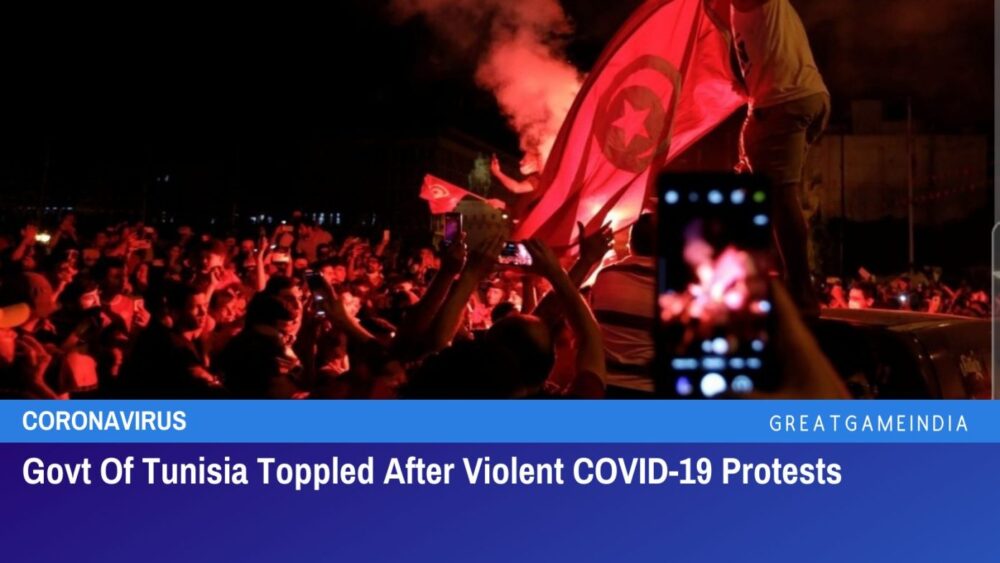 Tunisia’s president has sacked the PM and suspended parliament becoming the first government in the world toppled in the wake of nationwide violent mass COVID-19 protests. 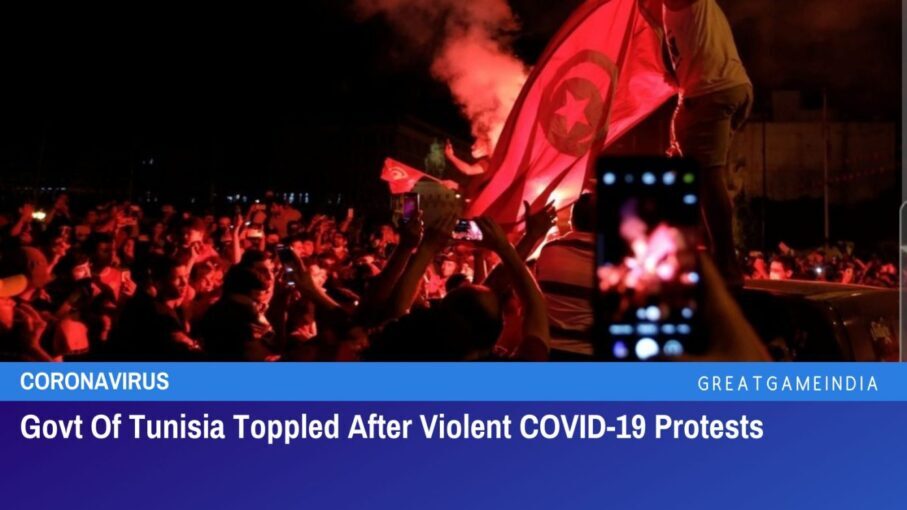 Tunisia’s president dismissed the government and froze parliament amid unrest over the “dysfunctional” political system and crumbling healthcare. His opponents decried the move as a “coup” and called for street protests.

Following an emergency meeting at his palace on Sunday night, President Kais Saied announced his decision to sack Prime Minister Hichem Mechichi and suspend the parliament.

In a televised address, he promised to consolidate power and “save” the country with the help of a new prime minister.

We have taken these decisions… until social peace returns to Tunisia and until we save the state.

WATCH: Tunisia's President Kais Saied announced that he was freezing parliament, suspending the immunity of all MPs, dismissing Prime Minister Hicham Mechichi and taking charge of the executive power pic.twitter.com/95rRxMzOvK

Hundreds of people who had rallied against the government earlier in the day celebrated the drastic move in the streets, cheering, honking, and singing, as military vehicles surrounded the parliament building and state TV.

The President of #Tunisia, Mr. Kais Saied meeting his people and walking around greeting them through Alhabib Borqaiba Street in the heart of the capital Tunis. (Video by Tunisian Television) @antonioguterres @PmTunisia @UKUN_NewYork @franceonu @USUN @Chinamission2un @RussiaUN https://t.co/5gBTV6FNqj

The parliament speaker and leader of the Muslim Brotherhood-inspired ‘moderate’ Islamist Ennahda party, Rached Ghannouchi, defied the order but was blocked from entering the parliament.

Ghannouchi denounced Saied’s move as “a coup against the revolution and constitution,” and called for street protests in a video message to supporters.

We consider the institutions still standing, and the supporters of the Ennahda and the Tunisian people will defend the revolution.

Saied, however, warned his political opponents against unleashing street violence, saying that the military won’t hesitate to use guns to quell unrest if it turns deadly.

I warn any who think of resorting to weapons… and whoever shoots a bullet, the armed forces will respond with bullets.

Crowds of people flooded #Tunis to celebrate the news that Tunisia's President #KaisSaied dismissed the government and froze parliament, in a move that dramatically escalated a political crisis, but that his opponents called a coup.#Tunisiahttps://t.co/JC5JfcvxI0 pic.twitter.com/KfLh4rQ7Bg

Under the constitution, the president is only directly responsible for military affairs and foreign relations, but last week, he put the army in charge of the Covid-19 pandemic response – after PM Mechichi sacked the health minister, blaming him for the collapse of the healthcare system.

Praised as the cradle of the Arab Spring, Tunisia adopted a new constitution in 2014, but still has no constitutional court to settle disputes, and consistently fails to form a stable government. President Saied and the parliament were both elected by popular vote in 2019, while Mechichi took office last year.

Ghannouchi’s Ennahda, which was banned before the 2011 uprising, has since become the dominant force in parliament, locked in constant political rivalry with the president and prime minister.

The smell of tear gas was also noticable when we passed the main office in Montplaisir earlier tonight#Tunisia https://t.co/b0fbvZ1Uvk

Angered by the “dysfunctional” political system and collapsing economy, thousands of protesters, not openly backed by any of the major political forces, once again rallied in the capital, Tunis and other cities on Sunday.

Clashes erupted amid the protests when people tried to storm the Ennahda party offices, forcing police to deploy tear gas. The violence was apparently the last straw for Saied, prompting him to take drastic measures.