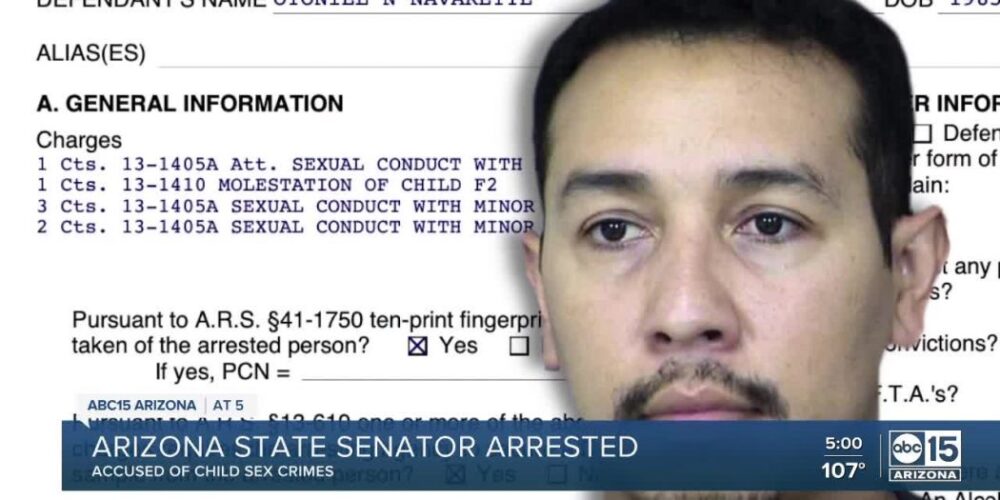 Arizona State Senator Tony Navarrete is in the process of being “booked into jail” by Phoenix police following reports of multiple instances of sexual abuse involving a minor, local media have said, citing authorities. 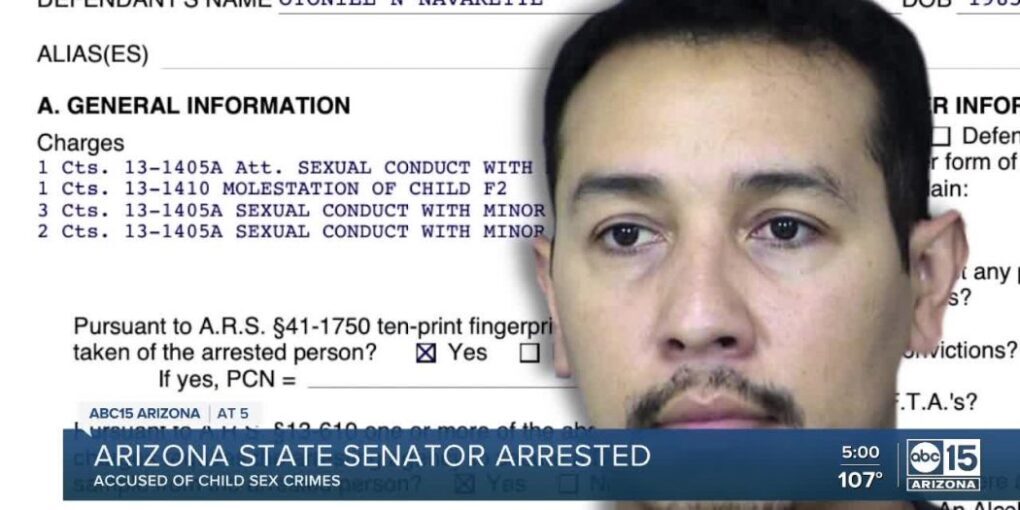 The 35-year-old Democratic senator was arrested on Thursday. Police took him into custody after receiving a report of sexual conduct with a minor that occurred in 2019, Arizona’s Family news outlet reported. Navarrete is reportedly suspected of multiple counts of misconduct, and other charges are also believed to have been brought against him.

“The suspect was arrested and is currently in the process of being booked into jail for multiple counts of sexual conduct with a minor, among other charges,” said a law enforcement report published by a journalist from ABC 15 Arizona.

The police statement, which doesn’t mention the suspect’s name, says an adult male has been arrested after interviews with a juvenile male victim and witnesses.

Another local Senate reporter said she had received confirmation from police that it is Navarrete who has been “arrested on suspicion of molestation.”

We'll have more details once he's fully booked and charged.https://t.co/PbytoxO2T0

An arrest of a Senate member was also confirmed by Navarrete’s colleagues, but further comments were not provided.

“We are aware one of our members has been arrested and are awaiting further details and for law enforcement to do its job,” a statement from Senate Democrats said, as quoted by local media.

The Senator – said to be openly gay – served one term in the state House of Representatives following a 2016 election before being elected to the Arizona Senate in 2018. He already made local headlines this week, when it was reported that, despite being vaccinated against Covid-19, he tested positive for the virus. Having confirmed that news, the politician said it was “not a death sentence” but rather an “uncomfortable inconvenience.”

Rand Paul Calls for Resistance to COVID Tyranny: ‘They Can’t Arrest All of Us’ Previous post
Recipe for a False Flag: Military Mass Casualty Drills Happening Now (Right After Billy Boy Warned of Bioterrorism) Next post