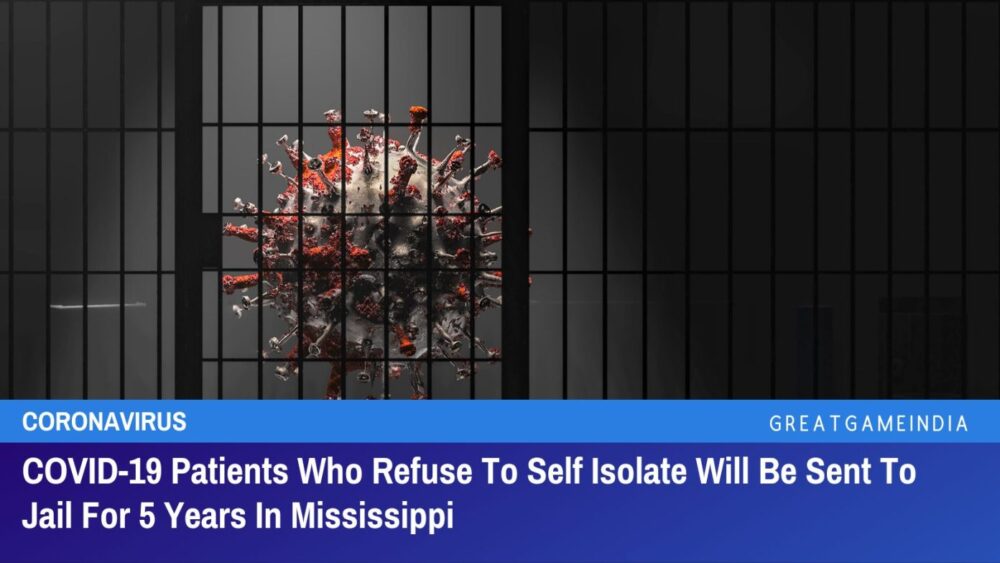 According to Mississippi Health Office, the patients of COVID-19 who refuse to self-isolate may be fined $5000 and even sent to 5 years in jail or both. 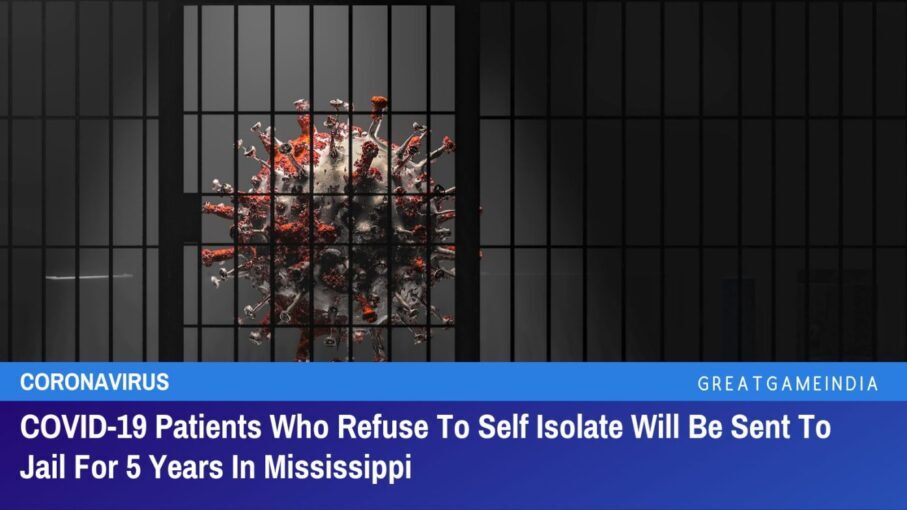 The state health officer for Mississippi issued a COVID-19 isolation order on Friday, telling people that if they test positive for COVID-19 and refuse to self-isolate, they could face fines or possible jail time.

In his isolation order (read HERE), Mississippi State Health Officer Thomas Dobbs said that people have to isolate themselves at home once they become aware that they are infected.

People are expected to remain home for 10 days after becoming ill or testing positive for COVID-19, regardless of whether they are fully vaccinated.

“A negative test for COVID-19 is not required to end isolation at the end of 10 days, but you must be fever free for at least 24 hours with improvement of other symptoms,” the order said.

The order stated that refusal to obey could include several fines or punishments. Someone who refuses to obey the order of a health official could receive a $500 fine, up to six months in jail or both.

However, when a life-threatening disease is involved, the refusal to obey the order could include up to $5,000 in fines, five years of jail time or both.

The state has been struggling with a relatively low vaccination rate — only 37 percent of the population is fully vaccinated, according to data from Johns Hopkins University.

As GreatGameIndia reported earlier, students at Connecticut’s Quinnipiac University will be fined up to $2,275 and lose internet access if they fail to comply with the university’s COVID-19 vaccination policies.

French #Vaccine Police have started patrolling the streets of Paris enforcing a Virus Pass and slapping fines as high as 9,000 Euros.

Meanwhile, French Vaccine Police have started patrolling the streets of Paris enforcing a Virus Pass and slapping fines as high as 9,000 Euros.

Australian Council SHOT SHELTER DOGS Dead Instead of Allowing Volunteers to Collect Them, Because... Covid Previous post
What You Should Know About Climate Change, Covid, Control and Criminals Next post