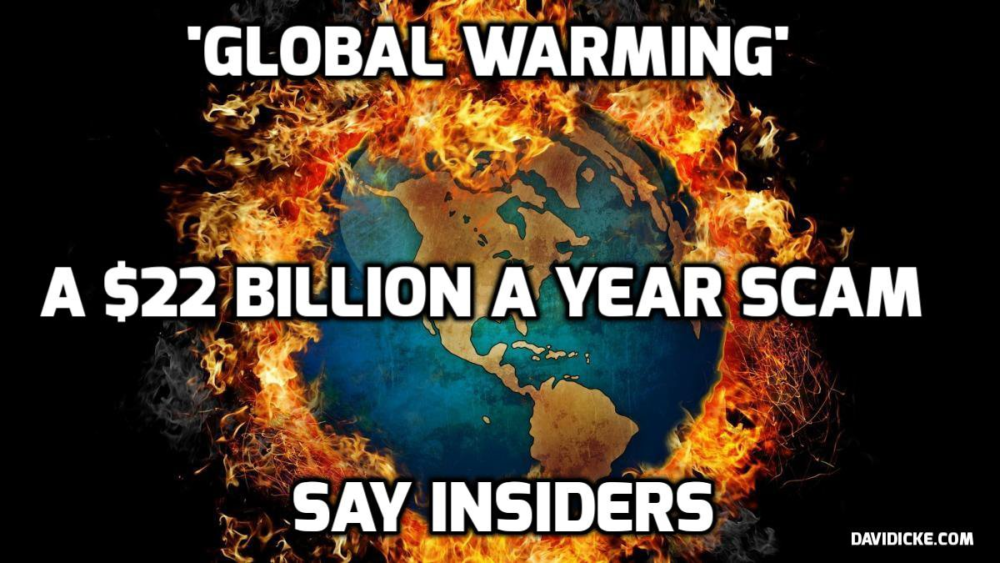 Agenda 2030 and Your Carbon Allowances

Personal carbon allowances are being advanced in alignment with the goals of Agenda 2030, the UN’s Sustainable Development Goals (SDGs) and the manmade climate change hoax. I have written about this hoax before in articles such as Good Hearts, Fooled Minds: Top 4 Fallacies of the Hijacked Environmental Movement where I have pointed out that humanity is indeed polluting the planet, but that such pollution has absolutely nothing to do with carbon dioxide or CO2, which is a gas of life.

Since Operation Coronavirus is a natural outgrowth of the New World Order (NWO) agenda in general, it is to be expected that its pattern of deception would mimic other scams and hoaxes promoted by the cabal. 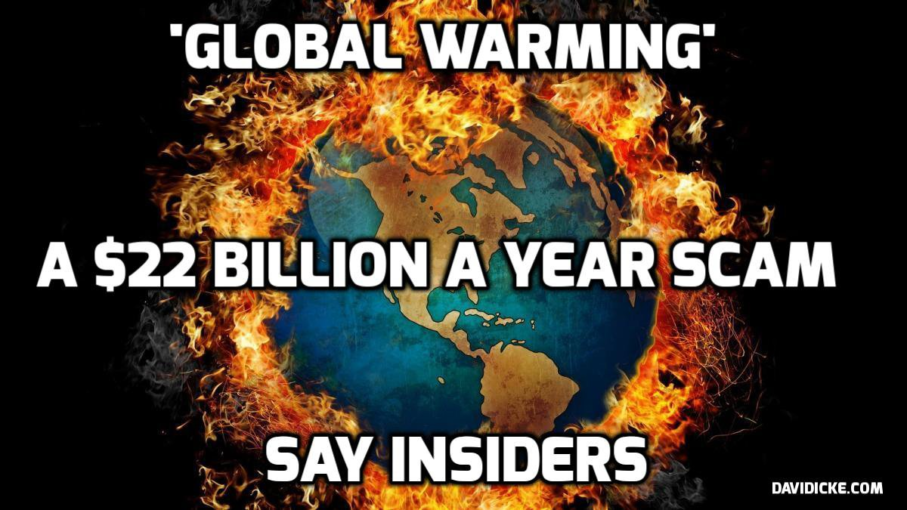 There are many examples of this, but are 2 quick ones: check out the similarities between COVID and 9/11 (the 20th anniversary of which just recently passed), and between COVID and the manmade climate change scam. This article will explore the latter, especially the specific area of personal carbon allowances.

The Technocratic Idea of Carbon Credits 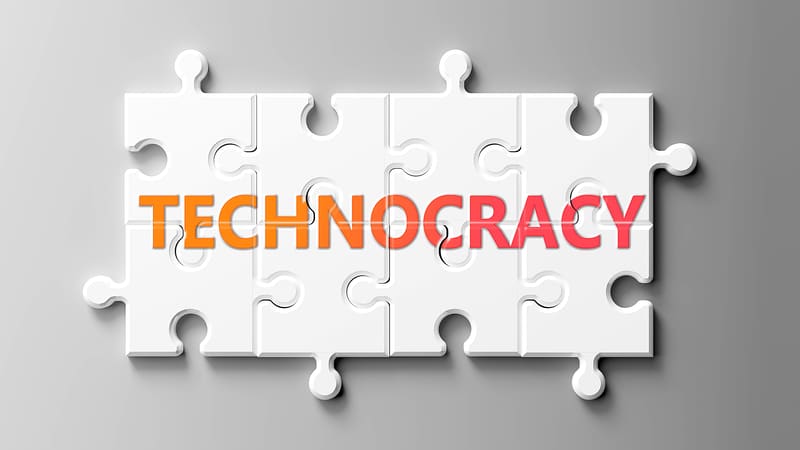 The idea of personal carbon allowances and carbon credits has been around a long time, and has its roots in technocracy, which can be defined as “a government or social system controlled by technicians, especially scientists and technical experts.” The technocrats want to set up a system where the energy unit of society is under their control, and thus all people, naturally dependent upon energy, would also come under their control.

In a way, we have such a system now, where money is energy and that form of energy is under the control of private central banks. But carbon credits take the idea way, way further.

Imagine a world where everything people did – eat, drink, travel, use appliances, use electricity in any way, even breathe – was all tied to their personal carbon allowances. And imagine if all carbon credits were controlled and distributed by technocrats. Any dissident could then easily be cut out of the system at the flick of a switch, with devastating real life consequences.

To those familiar with the NWO agenda, ‘climate goals’ is an Orwellian term which basically translates to the creation of an artificial limit to human energy consumption (to fulfill the technocratic objective) and the creation of propaganda to make people think they are somehow saving the planet or helping the environment by going along with it. Here are a few quotes from the study:

“Here we discuss how personal carbon allowances (PCAs) could play a role in achieving ambitious climate mitigation targets. We argue that recent advances in AI for sustainable development, together with the need for a low-carbon recovery from the COVID-19 crisis, open a new window of opportunity for PCAs.

“Furthermore, we present design principles based on the Sustainable Development Goals for the future adoption of PCAs. We conclude that PCAs could be trialled in selected climate-conscious technologically advanced countries, mindful of potential issues around integration into the current policy mix, privacy concerns and distributional impacts.”

This is designed to dictate every little detail of your life:

“the allowance could cover around 40% of energy-related carbon emissions in high-income countries, encompassing individuals’ carbon emissions relating to travel, space heating, water heating and electricity. Allowances were envisioned to be deducted from the personal budget with every payment for transport fuel, home-heating fuels and electricity bills. People in shortage would be able to purchase additional units in the personal carbon market from those with excess to sell. New, more ambitious PCA proposals include economy-wide emissions, encompassing food, services and consumption-related carbon emissions, for example.”

This next quote lets the cat out of the bag. The whole point is that personal carbon allowances are about behavioral modification or behavioral change. This entire scheme is a psychological operation designed to change your actions. They want you to perform carbon budgeting which would mean, essentially, becoming OCD about your every act! There is yet another parallel with COVID, which has been encouraging people to be OCD about touching any surface or having human interaction:

“Building on this literature, PCAs are envisaged to deliver carbon-emissions-related behavioural change via three interlinked mechanisms: economic, cognitive and social. Similar to a carbon tax, a policy with which it is often compared, the economic mechanism of PCAs is envisaged to influence decision-making by assigning a visible carbon price to the purchase and use of fossil-fuel-based energy in the first instance, and possibly also to consumption-related emissions in more advanced PCA designs.

“However, in addition to the economic mechanism, PCAs aim to influence energy and consumption behaviour by increasing carbon visibility, by evoking users’ cognitive awareness of carbon in their daily routines and by encouraging carbon budgeting. Moreover, the shared goal of emissions reduction and the equal-per-capita allocation of PCAs is envisaged to create a social norm of low-carbon behaviour.”

It Worked for COVID, So Why Can’t It Work for Climate Change?

Here is same theme yet again, which goes something like this: it worked for COVID, so why can’t it work for climate change? If the NWO controllers can trick people and propagate mass fear over a bogus virus that has never been proven to exist, why not try the same thing over an imaginary impending carbon apocalypse?

“In particular, during the COVID-19 pandemic, restrictions on individuals for the sake of public health, and forms of individual accountability and responsibility that were unthinkable only one year before, have been adopted by millions of people. People may be more prepared to accept the tracking and limitations related to PCAs to achieve a safer climate and the many other benefits (for example, reduced air pollution and improved public health) associated with addressing the climate crisis. Other lessons that could be drawn relate to the public acceptance in some countries of additional surveillance and control in exchange for greater safety.

“For instance, in many countries, mobile apps designed for COVID-19 infection tracking and tracing played an important part in limiting the spread of the pandemic. The deployment and testing of such apps provide technology advances and insights for the design of future apps for tracking personal emissions.”

Introducing AI into the Decision-Making Process

Remember the creepy Google video The Selfish Ledger (my analysis here) which outlined a dystopian future where decision-making was surrendered to AI (Artificial Intelligence) in the ultimate act of social engineering? That’s also promoted right here:

“Finally, advances in digitalization and AI for sustainable development promise to shrink implementation costs and logistical challenges for PCAs … An ever-increasing number of decision-making tasks are being delegated to software systems, allowing the presentation of targeted personalized information to future users on their emissions patterns. The latest science on AI for learning, including the use of virtual agents, could help refine the type of information that users are shown to manage and reduce their carbon emissions. To the user, all of the above could be packaged in an easy-to-use smartphone app that presents tailored information and advice on personal carbon emissions and facilitates carbon savings.”

Some scams and hoaxes need an injection of new variants to keep the official fear narrative alive. We now have ISIS-K (sounds like a cereal) and the dreaded Delta variant and Mu variant.

At some point, after all the new variants, jjabs, boosters and whatever else, the NWO controllers may find it is too difficult to keep up the pretense that there’s an imminent threat.

They may then pivot to the decades-old concocted climate change threat and push for personal carbon allowances, riding on the back of COVID or other propaganda. The details of the scam du jour may change, but the patterns of manipulation remain the same.

We must remember that the war on carbon is a war on life, since we are carbon-based creatures living in a world of carbon-based life. The dodgy or rather non-existent science behind the official COVID narrative is the same non-existent science behind the manmade climate change narrative. Don’t give up your freedom and rights or sell yourself short by confining your behavior to a carbon scheme that purports to save the environment when it does nothing of the sort.

Makia Freeman is the author of the book Cancer: The Lies, the Truth and the Solutions.