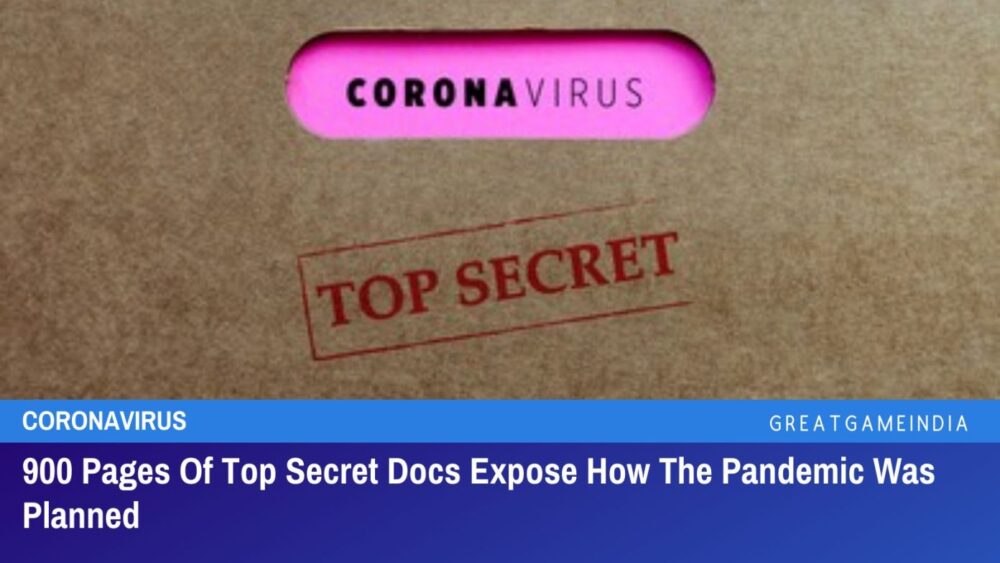 Bombshell: 900 Pages of Top Secret Docs Expose How the Pandemic Was PLANNED

More than 900 pages of newly released top secret documents on the pandemic expose for the first time through official materials how the US funded deadly coronavirus research at the Wuhan lab through an organization called the EcoHealth Alliance. 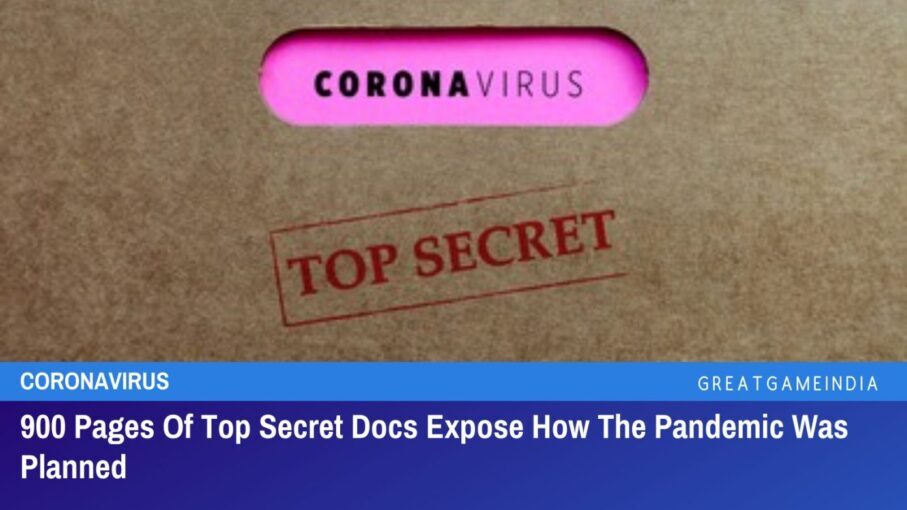 Newly released documents provide details of U.S.-funded research on several types of coronaviruses at the Wuhan Institute of Virology in China.

The Intercept has obtained more than 900 pages of documents detailing the work of EcoHealth Alliance, a U.S.-based health organization that used federal money to fund bat coronavirus research at the Chinese laboratory.

Although our regular readers would know much of this information and documents and more has already been published by GreatGameIndia since the beginning of the declared pandemic (as the embedded links in the article would show).

Ultimate Proof: Covid-19 Was Planned to Usher in the New World Order.

The trove of documents includes two previously unpublished grant proposals that were funded by the National Institute of Allergy and Infectious Diseases, as well as project updates relating to EcoHealth Alliance’s research, which has been scrutinized amid increased interest in the origins of the pandemic.

The documents were released in connection with ongoing Freedom of Information Act litigation by The Intercept against the National Institutes of Health. The Intercept is making the full documents available to the public.

“This is a road map to the high-risk research that could have led to the current pandemic,” said Gary Ruskin, executive director of U.S. Right To Know, a group that has been investigating the origins of Covid-19.

One of the grants, titled “Understanding the Risk of Bat Coronavirus Emergence,” outlines an ambitious effort led by EcoHealth Alliance President Peter Daszak to screen thousands of bat samples for novel coronaviruses. The research also involved screening people who work with live animals.

The documents contain several critical details about the research in Wuhan, including the fact that key experimental work with humanized mice was conducted at a biosafety level 3 lab at Wuhan University Center for Animal Experiment — and not at the Wuhan Institute of Virology, as was previously assumed.

The bat coronavirus grant provided EcoHealth Alliance with a total of $3.1 million, including $599,000 that the Wuhan Institute of Virology used in part to identify and alter bat coronaviruses likely to infect humans.

Even before the pandemic, many scientists were concerned about the potential dangers associated with such experiments.

The grant proposal acknowledges some of those dangers:

“Fieldwork involves the highest risk of exposure to SARS or other CoVs, while working in caves with high bat density overhead and the potential for fecal dust to be inhaled.”

Alina Chan, a molecular biologist at the Broad Institute said, “In this proposal, they actually point out that they know how risky this work is. They keep talking about people potentially getting bitten — and they kept records of everyone who got bitten. Does EcoHealth have those records? And if not, how can they possibly rule out a research-related accident?”

According to Richard Ebright, a molecular biologist at Rutgers University, the documents contain critical information about the research done in Wuhan, including about the creation of novel viruses.

“The viruses they constructed were tested for their ability to infect mice that were engineered to display human type receptors on their cell,” Ebright wrote to The Intercept after reviewing the documents.

The grant was initially awarded for a five-year period — from 2014 to 2019. Funding was renewed in 2019 but suspended by the Trump administration in April 2020.

The second grant, “Understanding Risk of Zoonotic Virus Emergence in Emerging Infectious Disease Hotspots of Southeast Asia,” was awarded in August 2020 and extends through 2025.

The proposal, written in 2019, often seems prescient, focusing on scaling up and deploying resources in Asia in case of an outbreak of an “emergent infectious disease” and referring to Asia as “this hottest of the EID hotspots.”

Meanwhile, controversial British scientist Peter Daszak has been removed from the COVID-19 commission looking at the origins of the pandemic after helping secretly denounce the lab leak theory while failing to mention his close ties to the same facility.

BOOM! Head of WHO Origin Investigation Team Admits Communist China Ordered Them What to Write in Report.

Although, the mainstream media is only now veering towards the lab leak theory, there is ample evidence as has been published by GreatGameIndia which show that the pandemic was infact planned all along.

Our Ancestors Might Have Known the Secrets of Levitation Previous post
We Should All Be Worried About the United Nations (UN) Food Systems Summit: The Battle For the Future of Food Next post