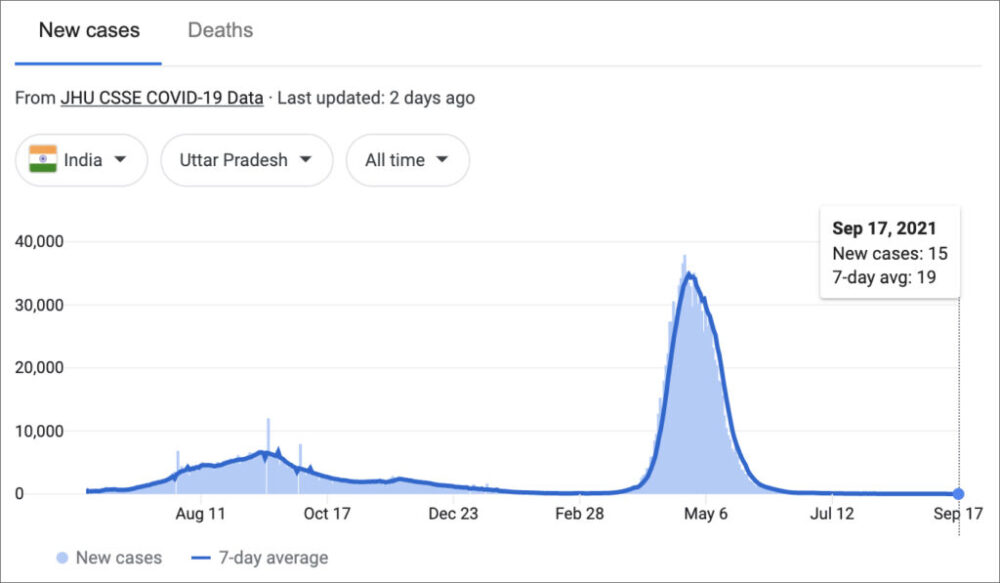 The state of Uttar Pradesh in India, which has the equivalent of two-thirds of the United States population, has been declared COVID-free, the state government announced last week. There are no more active cases of coronavirus in the 33 districts of Uttar Pradesh, which has a population of 241 million people.

“Overall, the state has a total of 199 active cases, while the positivity rate came down to less than 0.01 per cent. The recovery rate, meanwhile, has improved to 98.7 per cent,” Hindustan Times reported. 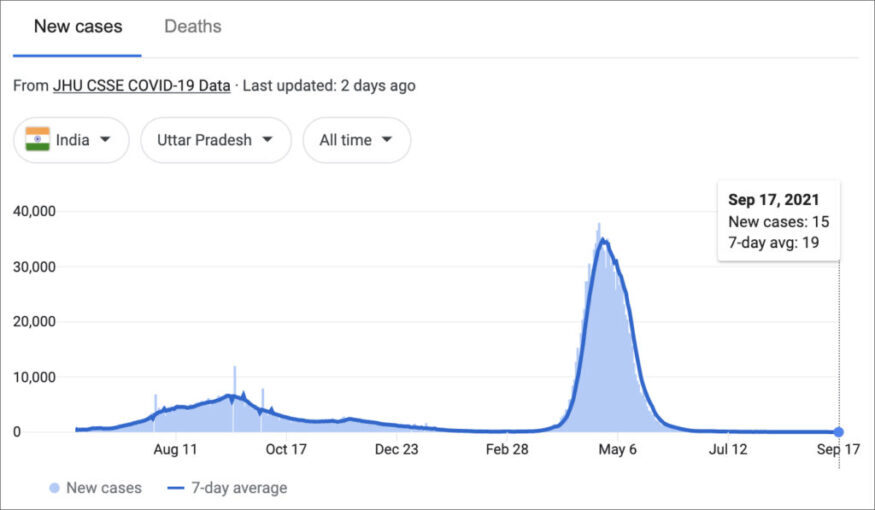 How is it that Uttar Pradesh has fully recovered from COVID despite the fact that only 5.8% of its population has been fully vaccinated, compared to the USA that has 54% fully vaccinated?

The answer is likely because of the government’s early use and distribution of ivermectin to its citizens.

From the Indian Express:

“Uttar Pradesh was the first state in the country to introduce large-scale prophylactic and therapeutic use of Ivermectin. In May-June 2020, a team at Agra, led by Dr. Anshul Pareek, administered Ivermectin to all RRT team members in the district on an experimental basis. It was observed that none of them developed Covid-19 despite being in daily contact with patients who had tested positive for the virus,” Uttar Pradesh State Surveillance Officer Vikssendu Agrawal said.

He added that based on the findings from Agra, the state government sanctioned the use of Ivermectin as a prophylactic for all the contacts of Covid patients and later cleared the administration of therapeutic doses for the treatment of such patients.

He said that apart from aggressive contact tracing and surveillance, the lower positivity and fatality rates may be attributed to the large-scale use of Ivermectin use in the state, adding that the drug has recently been introduced in the National Protocol for Covid treatment and management. “Once the second wave subsides, we would conduct our own study as there has been an emerging body of evidence to substantiate our timely use of Ivermectin from the first wave itself,” Vikasendu told The Indian Express.”

One would think the World Health Organization, Big Pharma, the mainstream media, and Dr. Anthony Fauci would be overjoyed by this development that ivermectin is undoubtedly saving lives.

But don’t count on them celebrating that, because that would hurt their bottom lines of profit and power from their experimental and ineffective jjabs.

That’s why they’ve been melting down over ivermectin after Joe Rogan successfully used it to treat his COVID infection earlier this month.