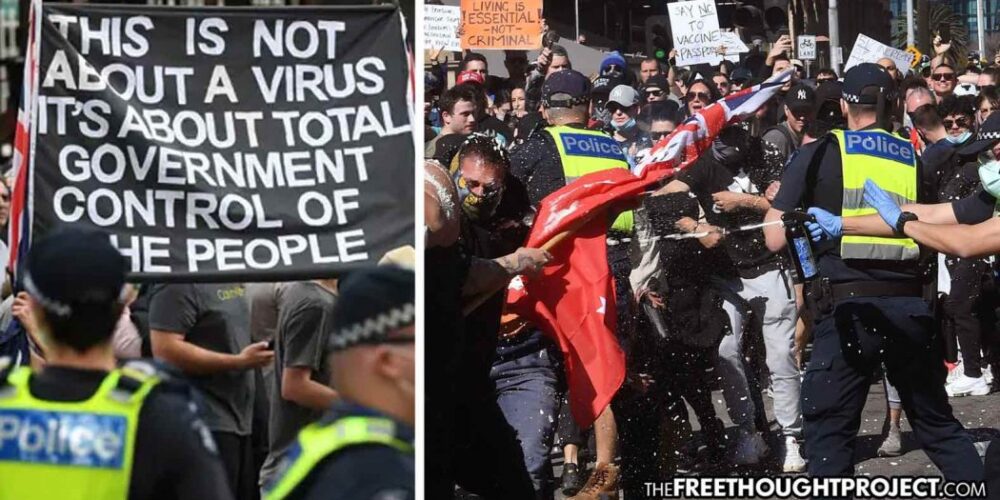 Anti-lockdown protests have become more common in Australia since the latest round of “snap” lockdowns began two months ago.

Initially, those lockdowns were supposed to last a week. But months later, with tensions running high, millions of Australians are fed up with the government’s lockdowns and jjab requirements. 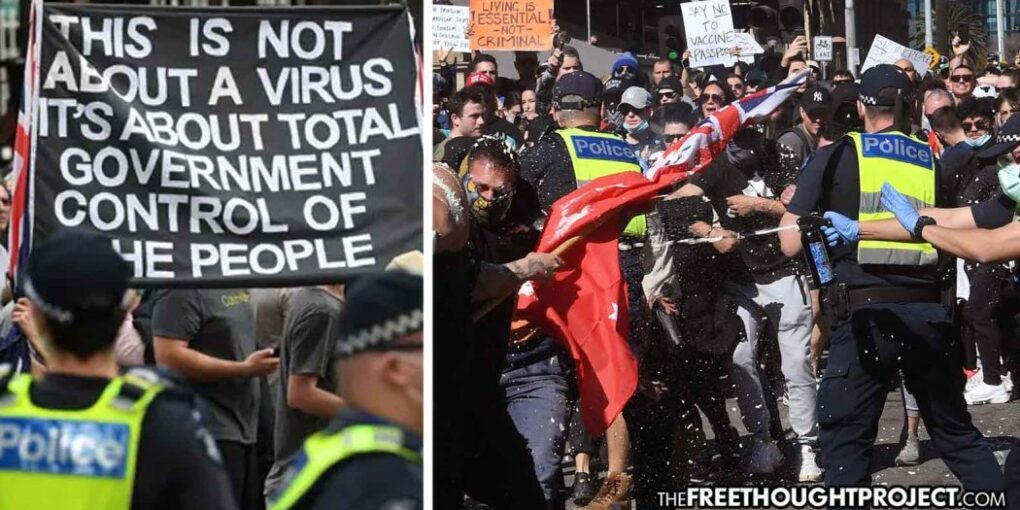 And although Aussie health authorities have at the very least acknowledged that their “COVIDZero” approach isn’t actually feasible, frustrations among the Australian people are running high (perhaps intensified by the country’s latest diplomatic faux pas, which angered France and made PM Scott Morrison look like he stabbed President Macron in the back).

On Tuesday in Melbourne, authorities were forced to confront this blazing public anger as protesters executed an “extremely dangerous maneuver” by marching onto a busy freeway and blocking traffic in a tactic that some Americans might remember from last summer’s BLM protests inspired by the killing of George Floyd.

Right now in Melbourne, Australia the most severe clash to date between workers and the state over mandated jabs as thousands of unionized construction tradesmen take the streets.

Victoria Premier Dan Andrews has shut down all construction for two weeks pic.twitter.com/lnM7yi2puS

Thousands converged on the city for a second consecutive day on Tuesday, with shocking footage capturing dozens moving onto the West Gate Freeway into the path of cars. Traffic on the freeway, which is the busiest stretch of highway in Australia, was forced to a standstill in both directions as police tried to disperse the crowd.

Footage circulating on social media showed protesters tossing glass bottles and flares toward police, while some approached officers with their hands up, chanting “you serve us”. One was heard shouting “this is our bridge”.

The police responded by deploying tear gas and firing off rubber bullets. They were filmed telling protesters to move on via loudspeakers around the area.

In response, a huge chorus of men could be heard shouting, “everyday” in response, implying they would show up every day until their demands were met.

Thousands of angry protesters attempted to shutdown a highway in Melbourne, as police struggled to get a grip on the massive demonstration – using rubber bullets and tear gas.

Organizers of the event, who mostly relied on the messaging app Telegram, said the “Victorian Workers Rally For Freedom” said the rallies would continue until victory had been won.

“Bring your friends and family in support. Wear work gear. Bring food and drinks,” they instructed attendees on Telegram.

Elsewhere, mounted police were filmed in the city as an announcement telling protesters to move on played over a speaker.

The government in Victoria estimated more than 20K people joined the protest on Tuesday following the announcement of a two-week industry shutdown on Monday night.

Many of those who participated were union members and tradesmen responding to the government’s latest business shutdown.