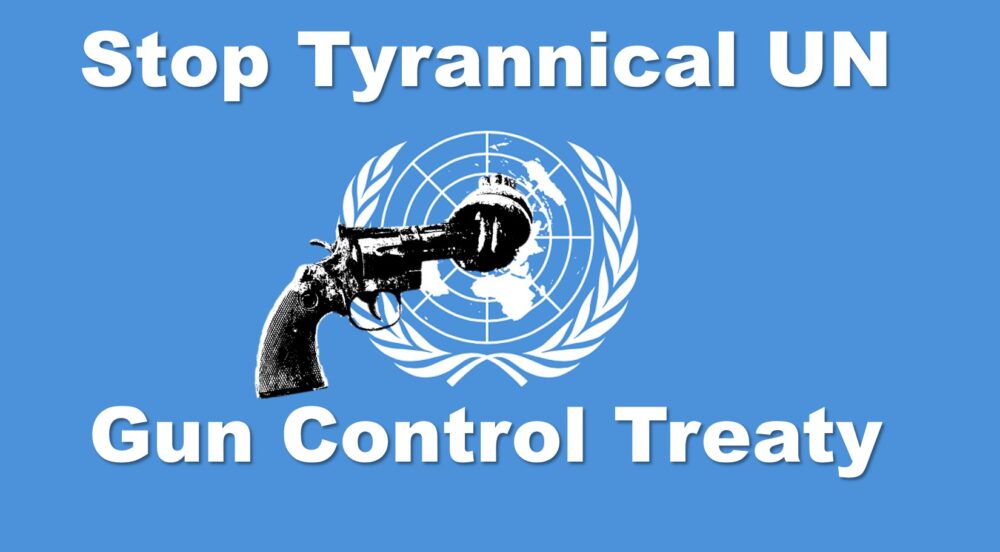 The following video discusses a UN treaty the Biden administration is aiming to enter into. This treaty would require Americans to be placed on an international gun registry that will be public to all nations and to everyone in the world. 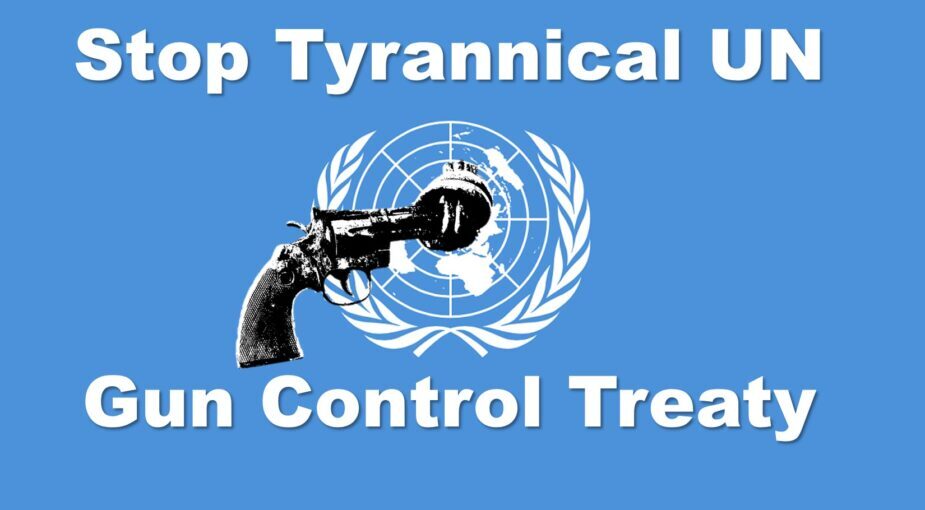 The United Nation’s “Small Arms Treaty” has been the Gun Control Lobby’s crown jewel for decades. They’ve been waiting for an anti-gun President, like Joe Biden, to take the White House so they can launch an all-out effort to ratify it in the U.S. Senate.

Now, they think they finally see their opportunity to ram it through! But you and I have a chance to stop them cold — as long as we take IMMEDIATE action to help kill this dangerous Treaty by signing your Firearms Sovereignty Survey. Thank you for supporting the National Association for Gun Rights’ efforts!

Send Message To Your Senators and Representatives Now!

“The Biden administration wants to join and ratify the UN Arms Trade Treaty, which would severely infringe upon the Second Amendment. In March 2013, the Arms Trade Treaty’s (ATT) text and tyrannical provisions were released, and the UN General Assembly adopted it the following month — with the U.S. voting in favor. Then-Secretary of State John Kerry signed the treaty on behalf of the U.S. on September 25, 2013.

If ratified, the ATT would decimate the Second Amendment’s protections. Among its other provisions, it would deny individuals the fundamental right to keep and bear arms, and its provisions would regulate all firearms, firearm components, and ammunition. Furthermore, it requires countries to establish invasive firearm registries that allow the government to know exactly who owns a firearm and the model they own. To enforce the treaty, countries are allowed to engage in civilian disarmament, and the UN is allowed to assist countries in their disarmament schemes.

The ATT went into effect on December 24, 2014. However, as the U.S. Senate had not ratified the treaty, it had no legal bearing in the United States. Nonetheless, the Obama administration advocated for its ratification and called it “a tool that we can use, energetically and effectively.” The Left’s goal of using the ATT to disarm the American people was temporarily deflated when President Donald Trump withdrew the U.S. from the treaty.”

It is imperative that this unconstitutional treaty be rejected.”

The site has a form here for you to send a message to your senators and representatives.

The 2013 article The Constitution vs the UN Arms Treaty explains why the US Constitution cannot be amended or overridden by a treaty.

“Last week, Secretary of State John Kerry signed a UN arms treaty that opponents say will implement a broad firearms registration scheme and eventually lead to global bureaucrats imposing gun control on the American people in spite of the Second Amendment. Despite the Obama administration’s support for the treaty, it remains to be seen whether the Senate will ratify it.

The Obama administration and other supporters of the arms treaty will likely claim that the Supremacy Clause of the U.S. Constitution places treaties above the Constitution and other U.S. laws as the supreme law of the land. Under this interpretation, they believe they can get around the Second Amendment protections on the right to keep and bear arms.

What did the founders say?

The founders very clearly stated the conditions under which the U.S. Constitution could be amended, or changed in Article V. It is quite illogical to conclude that they would write such a brilliant document only to create a giant backdoor for foreign governments to come in and destroy the liberty they worked so hard to achieve. In fact, the founders themselves said otherwise.

“I do not conceive that power is given to the President or the Senate to dismember the empire, or alienate any great, essential right. I do not think the whole legislative authority to have this power.” – James Madison

“I say the same as to the opinion of those who consider the grant of treaty-making power to be boundless. If it is, then we have no Constitution.” – Thomas Jefferson

Considering three of the most prominent founding fathers explicitly said that the Constitution does not permit the dismantling of itself via treaty, there must be some other meaning to the Supremacy Clause. By properly reading the clause, it becomes clear that not only did the founders not leave a backdoor, they actually expressly forbade this type of maneuver in Article VI. The answer to the riddle that confuses many people isn’t to be found in an indecipherable tome on constitutional law, but instead in simple English grammar and a little attention to detail….

While Barack Obama and John Kerry may claim that they can legislate via treaty, this clearly was not the intent of our Founders. Will this knowledge stop them from attempting to shred the Constitution and the Second Amendment by signing on to gun control treaties? Probably not. But we can rest firm in the knowledge that our Founders did not give the Federal government the power to usurp the Constitution by treaty, and that the Constitution is the supreme law of the land, not treaty law.”

Back in 2019 Fauci Said Masking and Social Distancing Was 'Paranoia,' Urging Healthy Eating and Exercise Instead Previous post
Agenda 2030 and Your Carbon Allowances Next post