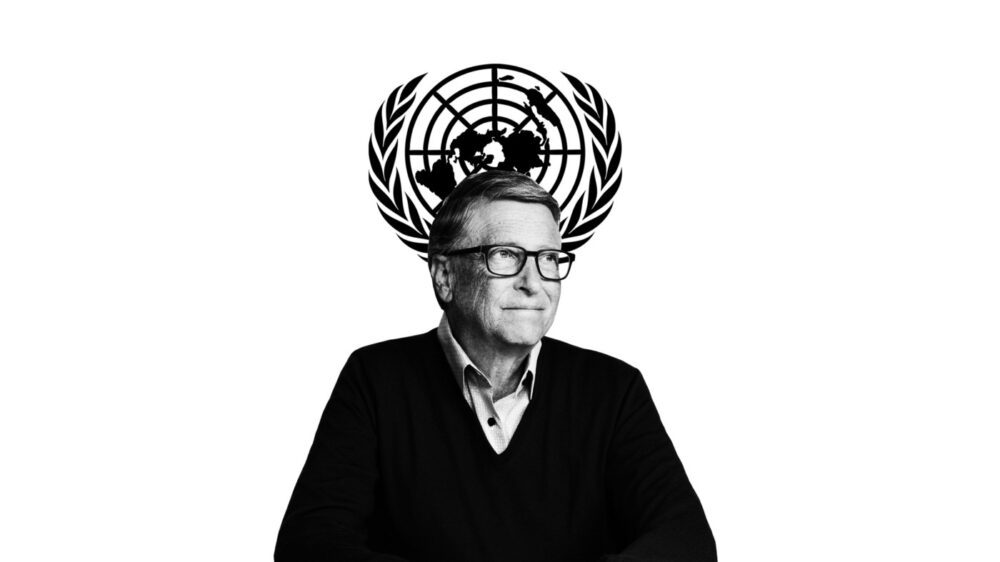 We Should All Be Worried About the United Nations (UN) Food Systems Summit: The Battle For the Future of Food

A battle for the future of food is already underway. There’s still time to change the outcome.

Later this year, the United Nations is set to hold a historic Food Systems Summit, recognizing the need for urgent action to disrupt business-as-usual practices in the food system. 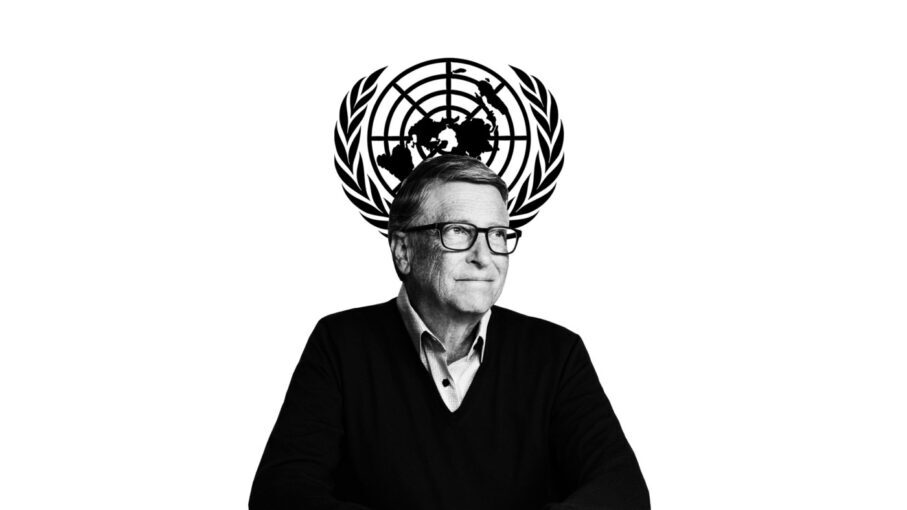 But far from serving as a meaningful avenue for much-needed change, the summit is shaping up to facilitate increased corporate capture of the food system. So much so, that peasant and indigenous-led organizations and civil society groups are organizing an independent counter-summit in order to have their voices heard.

At the heart of the opposition is the fact that the conference has been co-opted by corporate interests who are pushing towards a highly industrialized style of agriculture promoted by supporters of the Green Revolution, an approach that is meant to eradicate hunger by increasing production through hybrid seeds and other agrochemical inputs. It has been widely discredited for failing to achieve its goals and damaging the environment.

The Summit’s concept paper perpetuates the same Green Revolution narrative — it is dominated by topics like AI-controlled farming systems, gene editing, and other high-tech solutions geared towards large-scale agriculture, as well as finance and market mechanisms to address food insecurity, with methods like agroecology notably absent or minimally discussed.

A Crisis of Participation

But the problem is not only the subject matter that the conference has put on the agenda. It’s also the remarkably undemocratic way of choosing who gets to participate, and in what ways. The agenda was set behind closed doors at Davos, the World Economic Forum’s exclusive conference. As Sofia Monsalve, Secretary General of FIAN International puts it, “They have cherry picked representatives of civil society. We don’t know why, or which procedure they used.”

“The multi-stakeholder model of governance is problematic because it sounds very inclusive,” Monsalve continues. “But in fact we are worried about the concealing of power asymmetries, without having a clear rule in terms of accountability. What is the rule here — who decides? And if you don’t decide according to a rule, where can we go to claim you are doing wrong?”

The Summit claims that allowing groups to attend virtual sessions and give suggestions amounts to participation. But true participation means being consulted about crucial agenda items that have a massive impact on the communities they represent. This was not done.

“We didn’t have the opportunity to shape the agenda,” Monsalve explains.

“So you have a dinner table set, then the questions would be who set the table, who is invited to the table, who sits beside whom during dinner? And what is the menu? For whom and for what is the food summit? And right now, the way it has been, the agenda they’ve set leaves out crucial peoples and even their own UN nation agencies being left behind.”

Elizabeth Mpofu of La Vía Campesina, the largest peasant-led organization representing over 2 million people worldwide, explains how “The United Nation food systems summit, from the beginning, was really not inclusive of the peasants’ voices. And if they’re going to talk about the food systems, on behalf of whom? Because the people who are on the ground, who are really working on producing the food should be involved in the planning. Before they even organized this summit, they should have made some consultations and this was not done.”

The concerns are not only coming from outside the UN. Two former UN Special Rapporteurs to the Right to Food — Olivier De Schutter and Hilal Elver — as well as Michael Fakhri, who currently holds the position, wrote a statement to the summit organizers early on in the process.

“Having all served as UN Special Rapporteur on the Right to Food,” they write, “we have witnessed first-hand the importance of improving accountability and democracy in food systems, and the value of people’s local and traditional knowledge.

It is deeply concerning that we had to spend a year persuading the convenors that human rights matter for this UN Secretary General’s Food Systems Summit. It is also highly problematic that issues of power, participation, and accountability (i.e. how and by whom will the outcomes be delivered) remain unresolved.”

Michael Fakhri has also expressed concern about the sidelining of the Committee on Food Security (CFS), a unique civil society organization that allows “people to directly dialogue and debate with governments, holding them to account.”

As Fakhri explains, if the CFS is sidelined in this summit (as they have been thus far), there is a real danger that “there will no longer be a place for human rights in food policy, diminishing anyone’s ability to hold powerful actors accountable.”

Gertrude Kenyangi, executive director of Support for Women in Agriculture and Environment (SWAGEN) and PCFS member, stated during a Hunger for Justice Broadcast on April 30th that the problem comes down to one of fundamentally conflicting values:

“Multinational corporations and small-holder farmers have different values,” said Kenyangi. “While the former value profit, the latter value the integrity of ecosystems. Meaningful input of small-holder farmers, respect for Indigenous knowledge, consideration for biodiversity… will not be taken into account [at the Summit]. They will not tell the truth: that hunger is political; that food insecurity in Africa is not only as a result of law and agriculture production, but it’s a question of justice, democracy and political will. That’s our concern.”

The Presence of AGRA

The problems with the Summit were compounded further by UN Secretary General António Guterres choosing to appoint Agnes Kalibata, president of the Alliance for a Green Revolution for Africa (AGRA), as Special Envoy to the conference.

AGRA is an organization, funded by the Bill and Melinda Gates and Rockefeller Foundations (as well as our governments), that promotes a high-tech, high-cost approach to agriculture, heavily reliant on agrochemical inputs and fertilizers. They have been at the forefront of predatory seed laws and policies that marginalize and disenfranchise peasant farmers on a massive scale.

AGRA has devastated small-scale farmers under the mission of “doubling productivity and incomes by 2020 for 30 million small-scale farming households while reducing food insecurity by half in 20 countries.” Their approach has been proven to be markedly unsuccessful. Timothy Wise, a senior adviser at the Institute for Agriculture and Trade Policy, began to research AGRA’s efficacy in the last fourteen years of work.

Unlike many nonprofits who are held to strict transparency standards, AGRA refuses to share any information about their performance metrics with researchers. It took a U.S. Freedom of Information Act request to find out what AGRA has to show for their US$1 billion budget. Researchers found that AGRA ‘apparently’ had not been collecting this data until 2017 (eleven years after their founding in 2006).

Food security has not decreased in their target countries. In fact, for the countries in which AGRA operates as a whole, food insecurity has increased by 30% during their years of operation; crop production has fared no better. Yet this narrative continues to be pervasive around the world. It is the backbone of the UN Food Systems Summit and most development agendas. And AGRA’s president is leading the conference.

Attempts to build bridges with civil society organizations have failed. In sessions with civil society groups, Ms. Kalibata has demonstrated a lack of awareness of the growing peasant-led movements that reclaim traditional agricultural methods as promising avenues to a more sustainable food system.

Wise explains, “During the session she held with peasant groups, she basically indicated that she didn’t know about the peasant rights declaration that the UN had passed just two years ago. And she told them, why do you keep calling yourselves peasants? She said that she calls them business people because she thinks they’re needing to learn how to farm as a business.”

“It’s also a pretty significant conflict of interest, which people don’t quite realise,” Wise continues. “AGRA is a nonprofit organisation that’s funded by the Gates foundation and a couple other foundations — and our governments. They are about to enter a period where they desperately need to replenish their financing. And so they are going to be undertaking a major fund drive exactly when this conference is happening. And the summit is being positioned to help with that fund drive.”

Since Ms. Kalibata was named special envoy, there has been a public outcry over this clear conflict of interest. 176 civil society organizations from 83 countries sent a letter to the UN Secretary General António Guterres voicing their concerns over Ms. Kalibata’s corporate ties. They never received a response. 500 civil society organizations, academics, and other actors sent the UN an additional statement laying out the growing list of concerns about the Summit. Again, they received no reply.

While 676 total civil society organizations and individuals expressed clear concern over Ms. Kalibata’s appointment, only twelve people signed a letter supporting the nomination. The Community Alliance for Global Justice’s AGRA Watch team found that all but one of these individuals have received funds from the Gates Foundation.

This summit isn’t just a case of poor planning and a lack of genuine participation for peasant-led organizations. It represents a deeper and more insidious trend in food systems governance: the erosion of democratic decision-making and the rise of powerful, unaccountable, private-sector actors who continue to consolidate power over the food system.

The absence of practices like agroecology from the agenda shows how deeply the private sector has consolidated power — these methods are highly promising, low-input and low-cost solutions for farmers to increase their yields while farming more sustainably. But they are mentioned only in passing.

“If you ever look at a situation and see something that looks like the most obvious, sensible solution and it’s not happening, ask who’s making money from it not happening,” explains Timothy Wise.

The answer here is clear: high-input agriculture makes many people extraordinarily wealthy. This power allows them to set the agenda for food systems change, at the expense of farmers, and at the expense of the environment.

That’s why this conference is so important: it will set the stage for the approach to food systems change in the coming decades. We the people need to decide who should set the agenda for a food future that affects us all — one that preserves biodiversity and prioritizes human rights and well-being.

Are we willing to let the corporations who pursue profits at all cost continue to claim that they know what’s in our best interest?

Do we want a future governed by the likes of the Bill and Melinda Gates Foundation, in partnership with the largest agrochemical and seed companies in the world? Or are we ready to demand that those who actually grow our food — peasants, farmers, and Indigenous peoples around the world — be the ones to determine our direction?

This is what’s at stake. Right now, the most powerful players in the food system are poised to set an agenda that will allow them to continue amassing profits at staggering rates, at the expense of farmers, consumers, and the environment.

But there is still time to fight back. Where the conference holds most of its power is in its legitimacy. As groups mobilize, organize, and demand genuine participation, this false legitimacy driven by actors like the Gates Foundation begins to crumble.

We must stand in solidarity with the grassroots communities who are telling the truth about this conference and what it represents. We must get to work.

Bombshell: 900 Pages of Top Secret Docs Expose How the Pandemic Was PLANNED Previous post
COVID-19 Variant FRAUD Exposed: Why They Won’t Tell You Which Variant You Are Infected With Next post