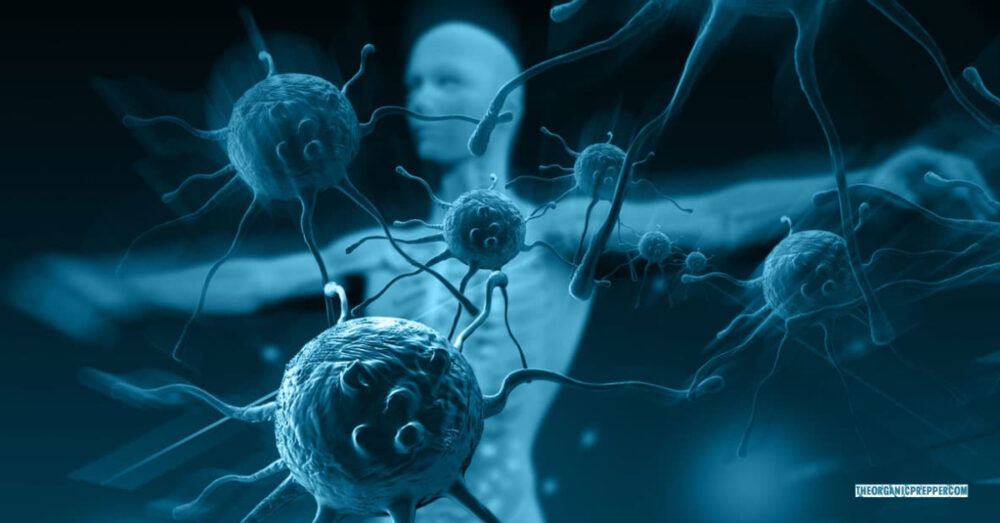 Why Isn’t Anyone Talking About Natural Immunity? 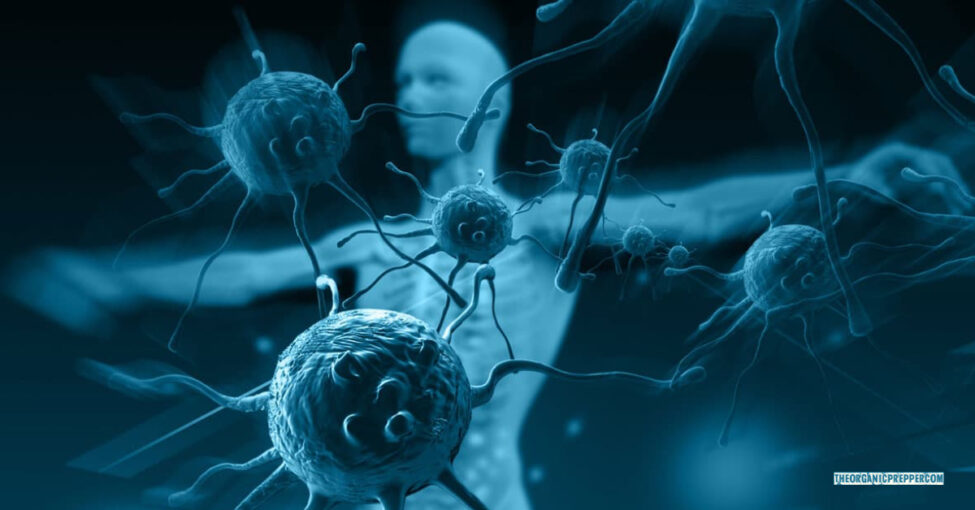 However, it is wrong at a more mundane level, as well. Public discourse surrounding the pandemic seems to focus solely on vaccination as a means of achieving herd immunity. Those who have recovered from the disease and have natural immunity, are being completely ignored.

The most frustrating thing to me, the past year and a half, has been the constantly changing narrative and the dismissal of formerly well-understood scientific truths. Natural immunity is one of those concepts from freshman biology that many seem to completely disregard these days.

I think this is a natural effect of the “cult of expertise” we have in the United States. Seemingly, anyone with specific credentials is automatically deferred to, regardless of how competent they are… or more insidiously, where their financial interests lie.

If more of us were willing to think critically about the “science” in the news these days, we could be more confident in managing our health. A healthy, confident population willing to argue and drag its feet on accepting medical treatments with which they aren’t comfortable is hard to push around.

A population willing to do anything to just “get back to normal” is not.

We’re not going “back to normal.”

As early as April of 2020, Daisy wrote that we were never getting “back to normal.” And I agree.

But we can move forward a little more well-informed.

I’ve gotten into some discussions with medical professionals about whether people who have recovered from the disease need to be vaccinated. These conversations would have been seen as utterly ridiculous three years ago. However, now, it seems, we all need to relearn freshman biology. So I’d like to review the concept of natural immunity to help organize my thoughts and maybe help others that feel like their heads are in a whirl.

I’ve got my old college biology textbook – Life: The Science of Biology, by Purves, Sadava, Orians, and Heller. I’ve got the sixth edition, published in 2001, so it’s about 20 years old. I also have a newer college biology textbook because I’m a big nerd. It’s Campbell Biology, by Reece, Urry, Cain, Wasserman, Minorsky, and Jackson, published in 2014. Both textbooks detail how our immune systems work, and both say pretty much the same thing.

Our bodies have two major ways of defending against disease.

Our innate defenses are things like our skin and mucus. We’re born with these, and they make it difficult for various pathogens such as bacteria, viruses, and multicellular parasites to enter our bodies. Our bodies also have an immune system that recognizes and attacks any infectious agents that make it past our innate defenses.

Our immune system is really sophisticated, and in healthy individuals, it works pretty well. Suppose some kind of pathogen makes it past the body’s innate defenses and begins infecting cells within the host. In that case, the host’s body will, in turn, start producing antibodies that will specifically attack the invading pathogen. The host body will continue producing antibodies until either the host dies or the invading cells die, and the patient’s body can return to normal.

The best part is, even after the active infection is over, the host’s body will retain the memory of the antibodies it produced during the infection. So if the formerly infected person reencounters the pathogen, the body will immediately have the antibodies to kill the pathogen. They rarely get sick again, and if they do, it’s generally very mild.

Even the incredibly pro-jjab Wall Street Journal had an article on this recently.

Usually, the WSJ leaves their articles up on the Opinion Page for about a week. However, within twenty-four hours, WSJ buried this article on natural immunity. Jeff had a great article about alternative media just the other day. This definitely feeds into his narrative about how much good info is getting buried right now.

In case you needed further proof of the efficacy of natural immunity.

Alex Berenson posted this information on Twitter on August 25, and the platform permanently banned him on August 28. However, medical professionals are starting to make noise about it, such as Martin Kulldorff, a Harvard epidemiologist. Hopefully, more people begin to listen.

The benefits of natural immunity shouldn’t be as shocking as they seem to be.

After all, we’ve been observing this with other diseases for a long time. A case in point: when I was a kid, everyone still got chickenpox. We all got to miss school and stay home for about a week. I’m the oldest of eight kids, and I think the jjab came out when my youngest siblings were kids. But I know the oldest four of us caught chickenpox.

One of my brothers caught it twice. The first time around, he caught it when I did. We were pretty sick for a few days and had a rash that covered our bodies for about a week. I never got chickenpox again. However, my brother picked it up a second time at school. He only had a very slight fever for one day and four or five blisters the second time around. That was it.

None of what I’ve said above is even remotely controversial.

In fact, if you look at the history of smallpox, records date back well over 2000 years that smallpox survivors nursed the sick. Even then, it was common knowledge that survivors wouldn’t get sick again.

Now, is smallpox exactly the same as Covid? No, not exactly. The story of smallpox eradication is an amazing one. Since then, we seem to keep hoping we can destroy every disease with jjabs. But that’s not necessarily realistic. For starters, smallpox has no recorded animal hosts. This means, once you wipe it out in humans, it’s gone. Covid, regardless of whether it originated in animals or a laboratory, is known to live in many different animal species. It will never really go away. Humans may gain the upper hand at times. But, it will always be living and evolving within a variety of animal hosts.

Now is not the time to despair.

So, should we all throw up our hands in despair over the fact that there is a new disease, unlikely ever to be eradicated, in our midst? No. We’ve been living with the cold and flu viruses for millennia. They won’t be eradicated either because they mutate rapidly and have a variety of hosts.

I’m not trying to be insensitive to the people that have suffered from Covid. And, as it now seems generally accepted that Covid originated in a laboratory, I’m also not trying to downplay the absolutely evil minds involved in making this disease what it is. But we’ve been living with diseases for millennia. We can learn to live with this one too.

Some people feel totally comfortable with the new mRNA jjabs.

Personally, I’m not comfortable with the mRNA. But, I won’t try to change anyone’s mind. I had Covid, and I’ve got natural immunity. I was extremely low-risk for complications from Covid. (In my late thirties, close to my ideal weight, and no outstanding vitamin deficiencies.) And sure enough, I only felt sick for about a day.

I never had any fever or respiratory symptoms. I was achy for about twenty-four hours and tired the day after. My sense of taste and smell disappeared, which was why I got tested. They have not returned, which is depressing because I love good food, but I can live without it. No child on this planet should miss one race or one get-together with friends because I can’t properly enjoy coffee anymore.

Others have had it way worse. You can read about Daisy’s experience with Covid HERE . She has also shared with her newsletter readers that she lost a close family member to Covid – a healthy man in his mid-40s who had no comorbidities. Bernie Carr, the founder of ApartmentPrepper.com, has had a lengthy battle that included hospitalization and long-term dependence on oxygen, and Greg Ellifritz, of ActiveResponseTraining.com, came pretty close to dying himself but is on the mend.

For anyone else who is jjab-hesitant yet still concerned about the disease itself, there are many other treatment options. Again, humanity treated disease for a long time before jjabs entered the scene. Some of the first doctors to treat Covid patients formed Front Line Covid-19 Critical Care Alliance to develop and share low-cost treatment options. This article talks about managing the symptoms of Covid at home for those who are not sick enough to require hospitalization.

This is not an argument for or against jjabs.

If no one were willing to try anything new, we’d never make any progress. But the trials need to be made by fully informed, consenting individuals. That isn’t what we have right now. What we have now is coercion.

I am trying to argue against fear and hysteria. I want to encourage anyone, like myself, who is even moderately scientifically literate, to revisit your old textbooks. Build your confidence to make your own decisions. There’s too much fearmongering out there surrounding this disease. We’re distracted by a disease that 99.5% of infected people under 55 will survive as our rights are taken away, and our international reputation for being even a little bit competent and reliable falls apart.

Don’t allow yourself to get swallowed up by fear. The same things that mostly kept us healthy in the past will mostly keep us healthy now. Eat nutritious food, exercise regularly, and get sunshine.

Does this mean that if you are healthy, nothing terrible will ever happen to you? Of course not, just as obeying all the traffic rules won’t necessarily prevent some drunk from slamming into you. We can’t eliminate risk in our lives. All we can do is try to stack the odds in our favor.

How will you build your resilience and mental strength?

Resilience and mental strength are a huge part of prepping. Going back to the first principles, educating yourself will help you gain confidence in your decisions for yourself and your family. Confidence will help you stand firm against the rising tide of crazy we see in the world. Are you confident in your preparations? Have you been educating yourself along the way? Let’s talk about it in the comments section.