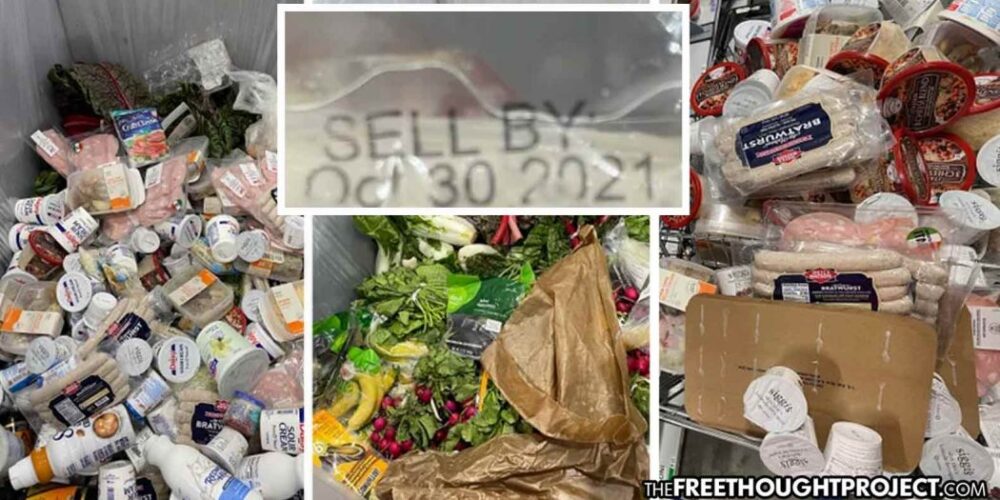 Food insecurity in the Land of the Free is at a historical high. Thanks to the fed printing trillions to pay for their irresponsible and economically devastating lockdown policies, food costs have gone through the roof, supply chains are disrupted, there are fewer workers, and the impact is empty shelves. According to a report in Bloomberg, some of the countries largest food distributors are reporting difficulties in fulfilling orders.

Naturally, if the retail food supply is in a rut, the food banks and charities reflect this. The U.S. Census Bureau reported in March that as many as 9 million children live in a household where they don’t eat enough because the parents can’t afford it. And now, those who are able to donate, can’t due to shortages in the supply chain. 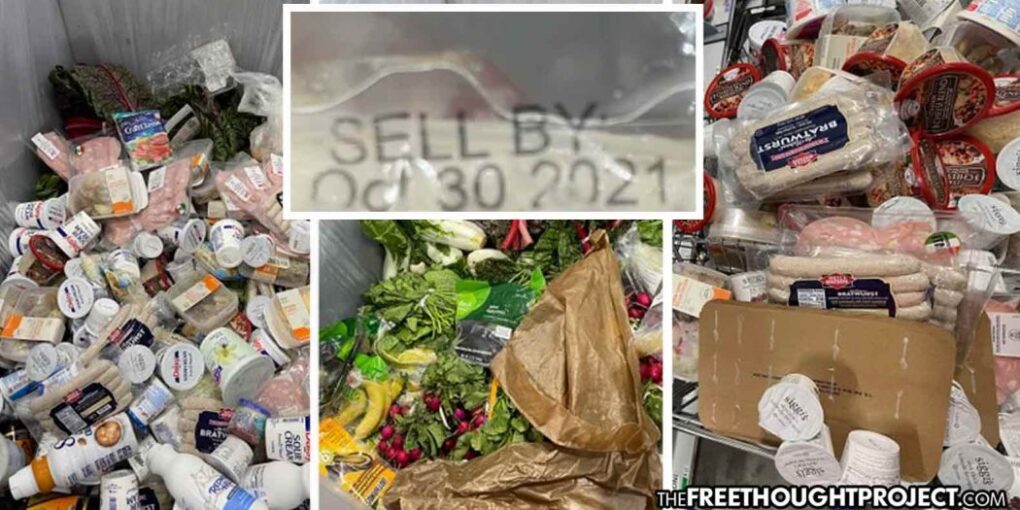 One company, however, isn’t reporting any shortages and, according to a shocking account, has an excess so large, they are throwing thousands of pounds of food away every single day.

An anonymous whistleblower from inside Amazon has exposed a practice by the delivery giant that removes any claims of Amazon running an efficient and sustainable ship. This person claims to be an employee inside an Amazon warehouse and has provided photographs of thousands of food items being destroyed on a daily basis — with the expiration dates days or weeks away.

The images were uploaded to a Reddit board by a person who claims to work inside an Amazon warehouse. The OP originally claimed that this was happening in all Amazon warehouses, claiming he had talked to other employees, but changed the post so he wouldn’t be sued by Amazon if, in fact, it wasn’t all warehouses.

According to the OP, “these food items are being scanned out as “exp-removal-donate” and being trashed at my facility. These items are on the same list as our daily donations lists we have. Canned, boxed, toiletry and other are donated accordingly but refrigerated and frozen are not at my facility at least.”

Unfortunately, these items are not making it to the donations area and instead are being destroyed on site. When asked why the food is being destroyed, the OP responded:

“This food is days or weeks away from the labeled best-by or sell by date on the packaging. New product is constantly coming in and room has to be made daily for such. These items are being scanned out with our daily donations lists we have. Canned, boxed, toiletry and other are donated accordingly but refrigerated and frozen are not at my facility at least. I have seen multiple pallets come in to the warehouse to be immediately thrown away as we did not have the storage capacity to store said product.”

Amazon could easily contact the multiple food banks in the area who are ready and willing to come by and pick it up for free, up to and including the frozen and chilled items.

“There are plenty of food banks and resources out there that are willing to pick up items in a refrigerated/frozen truck to disperse to ensure the items do not perish or go bad in transit,” the OP said.

But this is not happening. Instead, Amazon — who may be writing this food off as “donated” and receiving a tax break for it — is crushing the items in a trash compactor and sending them to a landfill.

Must-read: Farmer Warns That Food Scarcity is Being ENGINEERED by Globalists.

Apparently, there isn’t any place to store the food and other items and rather than donate them to charity, Amazon destroys them.

While many will be quick to blame this practice on the free market it is important to point out that Amazon owes its ability to operate in this manner directly to its relationship with the state. Mom and pop shops could never achieve such rampant waste practices — because they don’t have the same support from government.

It is no secret that Amazon has reached its monopoly-esque status because of its cozy relationship with the United States government. Because Amazon receives special privileges that are not available to all business owners, they have an unfair advantage in the market which allows them to easily snub out their competition who is forced to abide by the rules.

Amazon receives massive subsidies from the United States Postal Services, around $1.46 per package delivered. Given the millions of Amazon packages delivered in the US on a weekly basis, one does not need to do the exact math to realize the unfair advantage this relationship gives Amazon. What’s more, the true sinister nature of this deal may never be realized as the exact details remain a secret.

But that’s not all. Amazon uses government welfare to subsidize the pay of more than ten percent of their employees. A study by Policy Matters Ohio found that more than 700 Amazon employees were receiving food stamps. This is more than 10 percent of the tech giant’s 6,000-strong workforce in Ohio alone.

Amazon has insidious relationships with state governments too. According to Good Jobs First, a non-profit that tracks state tax breaks, since 2000 Amazon has received $1.115 billion in 129 communities in the U.S., leaving the previous leader in this category, Walmart, in the dust.

Amazon has an entire department devoted to seeking out these government subsidies and under the guise of “creating jobs” — subsidized by your tax dollars via welfare — the retail behemoth has managed to make itself immune from property taxes as well: to the tune of hundreds of millions of dollars.

One would think that a requirement for receiving so much corporate welfare that the government would keep practices like massive food destruction in check as a condition of said welfare. However, as this case illustrates, one would be wrong.

How Gates, Fauci, and Schwab Hijacked Covid-19 to usher in a New World Order that Will 'Build Back Better' Previous post
World Economic Forum: Replace Paper Passports With Vaccine Passports Next post