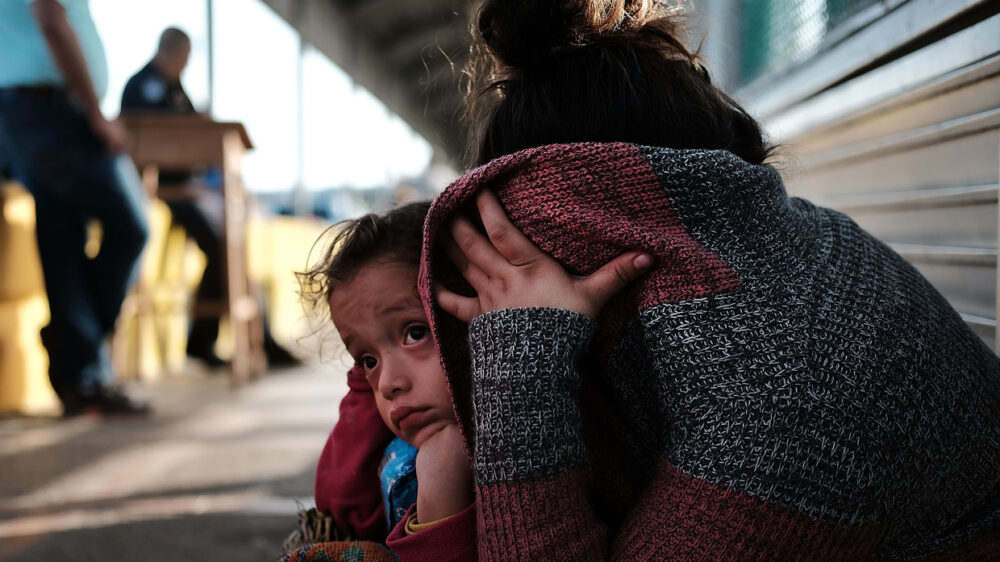 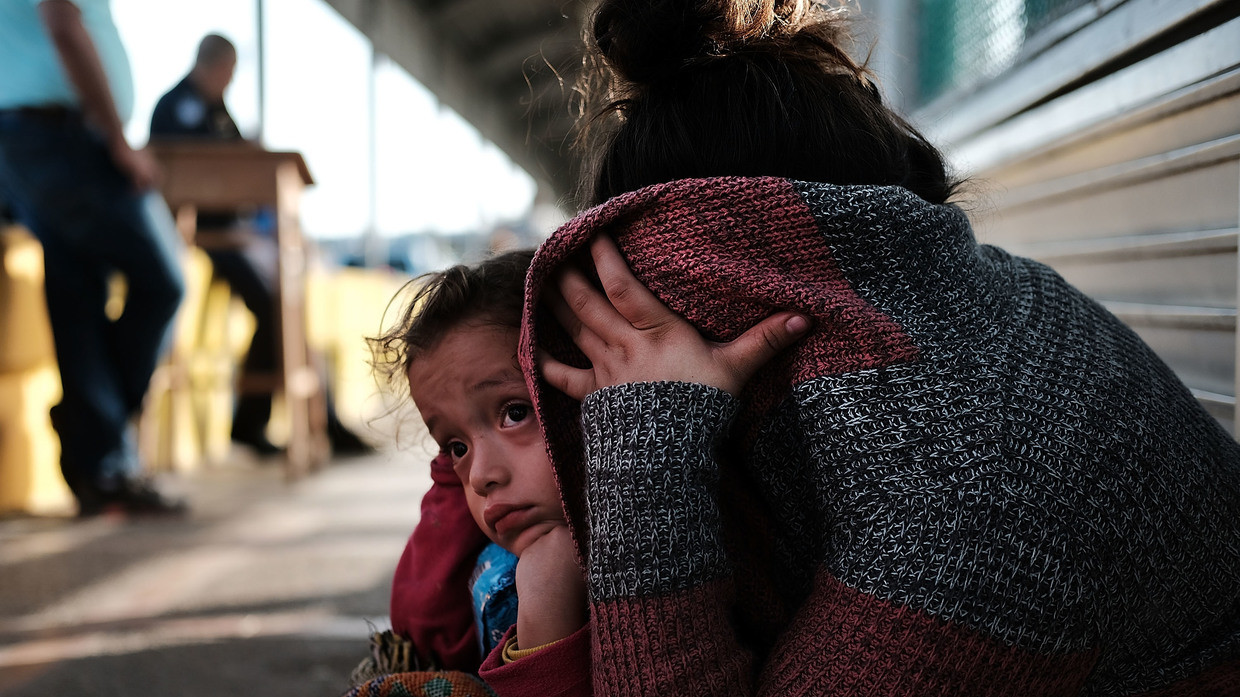 A Honduran child and her mother, fleeing poverty and violence in their home country, waits along the border bridge after being denied entry from Mexico into the US on June 25, 2018 in Brownsville, Texas. © Getty Images / Spencer Platt/Getty Images

This shouldn’t surprise anyone, because if there is one thing worse than liberal ideas, it’s liberal implementation of liberal ideas.

According to the progressive site Axios, Biden’s immigration czar – Hello? Vice President Harris? – has somehow managed to lose contact with 45,000 unaccompanied minors she let into the United States after they appeared at the border this year.

Justthenews said that, in part, the loss of these children is because the administration has weakened the vetting process for adult sponsors. And Biden weakened the process because they just want the kids to disappear rather than ending up in US facilities as part of a photo-op.

“The decision to weaken the vetting process contributed, in part, to the Biden administration’s loss of contact with 40% of the more than 114,000 unaccompanied children who entered the US illegally, according to a report by Axios. The report is based on data received through a Freedom of Information Act (FOIA) request,”according to Justthenews.

So now the kids, through the fault of the thousands of adults who have let them down, most especially the supposed adults in the Democrat Party, are subject to all the heinous torments that human traffickers can get away with here in the USA.

And we know this because it’s happened before. Hello? President Joe?

“If all this sounds familiar, that’s because it’s redolent of a 2014 incident in which UACs [unaccompanied minors] were found to have been placed with traffickers, who then forced them to work up to 12 hours a day, six to seven days a week, on egg farms in and around Marion, Ohio,” said the Center for Immigration Studies (CIS).

2014, you might remember, was the last time Joe Biden was responsible for enforcing border security, albeit when Joe was the lower of the two people billed on the Obama-Biden marquee – just as Kamala Harris is today.

The Democrats subsequently had the nerve to criticize the Trump administration for detaining “kids in cages” at the border in 2018 rather than releasing them to human traffickers. Democrats even sicced their Canadian fact-checkers at the Associated Press on Trump to support the lie.

But the liberals, at least at Axios, aren’t buying that anymore. That’s how bad the Democrats’ immigration policy and process have become.

“In 2018, the Trump administration was criticized for being unable to account for the whereabouts of around 1,500 children released from HHS shelters during a three-month period,” said Axios, comparing this with the Biden failures.

Missing 1,500 kids is cause for grave concern. But missing 45,000 is scandalous, Axios agrees.

And that’s not necessarily the worst part of the crisis at the border.

Because now shots are being fired on the southern border by the very cartel members who are trafficking kids into the US as unaccompanied minors.

CIS says that the current law encourages smuggling along the border, especially involving children, some of whom may have already been released to labor traffickersaccording to Bloomberg Law.

Hence the men on the borders are showing up with guns and flak jackets to keep Texas and immigration officials away.

“What’s been happening actually this past week is we see a group of individuals that are coming across – they’re smuggling people – but what they’re doing is they come across the river into the US and smuggle people, they go back into Mexico, and they get their weapons,” Texas Department of Public Safety spokesman Lt. Christopher Olivarez said during an interview on Wednesday, according to Yahoo News.

“These are assault rifles, OK, AK-47s. They’ll stand in the middle of the river, and then they’re brandishing their weapons and taunting the National Guard, who’s across on the US side,” Olivarez said.

Photos by Fox News’ Bill Megulin shared on Twitter show the men holding semi-automatic or automatic rifles, which Megulin says are being used to take shots across the river toward the Texas National Guard.

Do you suppose the cartel people who are smuggling kids across the river know the people up in Ohio – or anywhere else in the US – who use child labor from Mexico?

Because there is only one good reason for smugglers to use gun play at this point. It’s because they have a great deal of money at stake in keeping the smuggling on the southern border going.

“Some of these situations appear to involve dozens of unaccompanied minors all being released to the same sponsor and then exploited for labor in poultry processing or similar industries without access to education,” said the US Justice Department’s Human Trafficking Prosecution Unit director Hilary Axam on July 21 in an email obtained by Bloomberg Law about the numbers of unaccompanied minors arriving in at the border.

When Trump was president, there was a caravan of House and Senate members who investigated the border and the supposed abuse of “kids locked in cages.”

Those investigations culminated in the famous manufactured photo-op by Representative Alexandria Ocasio-Cortez (AOC) (D-NY), crying at an empty parking lot, at a facility where kids were never locked in cages.

But now it’s not just a parking lot of missing cars that’s at issue. It’s real kids who are missing, 45,000 of them. But AOC and her Democrat friends don’t care.

Ask yourself this: If it were 45,000 missing blonde girls, what would the government do?

We all know the answer to that one.