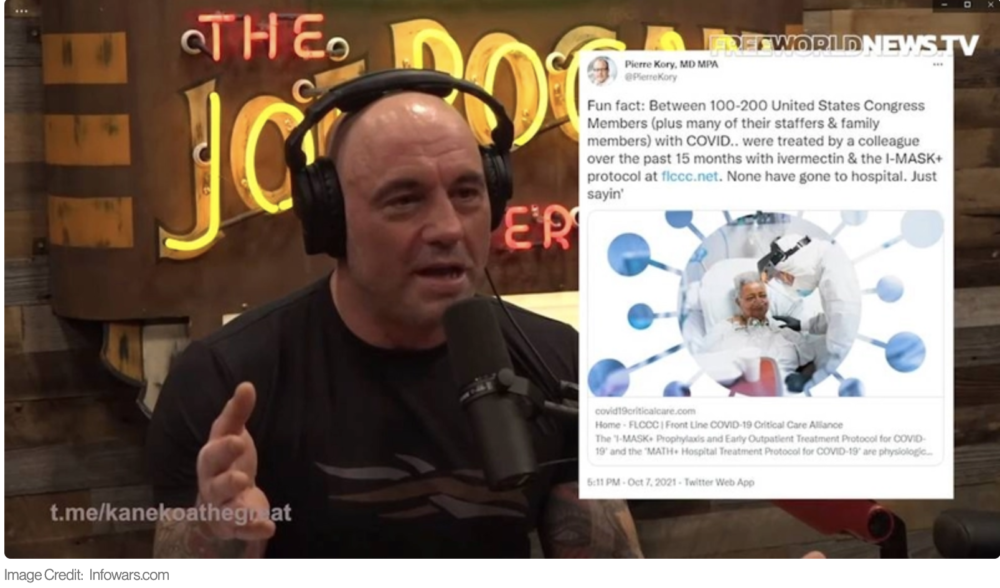 Joe Rogan: My Doctor Treated Over 200 Members of Congress With Ivermectin

This information about Dr. Peirre Korey broke over two weeks ago but is just now beginning to go viral.

The corporate media refuses to touch this story and it is next-level evil that members of Congress were helped by this drug and they have worked hard to suppress this knowledge from the American public. 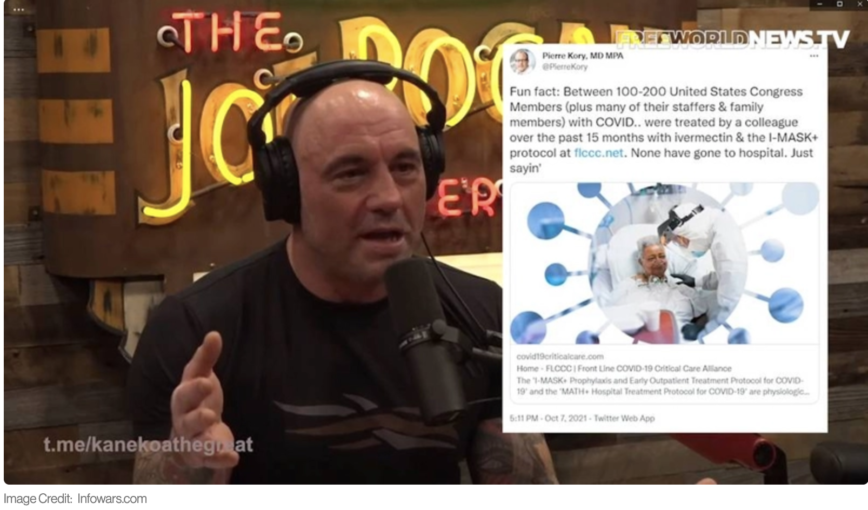 In the following segment, Alex Jones breaks down Joe Rogan’s bombshell info that over 200 members of Congress were treated with ivermectin while at the same time publicly denouncing the live-saving drug and suppressing its availability during the COVID crisis: