A U.S. patent approved August 31, 2021, reveals technology used to track people in order to pinpoint those allegedly more likely to spread Covid-19 and to identify unvaccinated individuals so they can be injected with the experimental shots.

Essentially, people will be given “scores” based on vaccination status, mask-wearing, behavior, movement, socialization and other factors.

Electronic devices communicating with each other will determine whether or not someone is a “super spreader” or a “non-super spreader” based on the various elements. 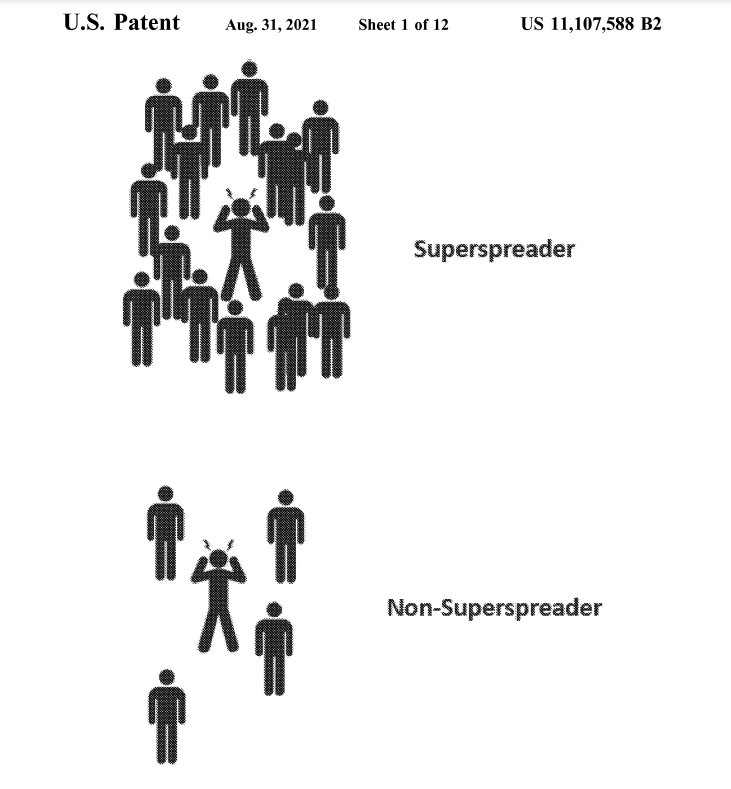 As seen in the diagram below, the collection of surveillance technologies will send data to be analyzed in order to determine a “score” that places the person into a group.

Each group is ranked so the government can prioritize who to vaccinate next. 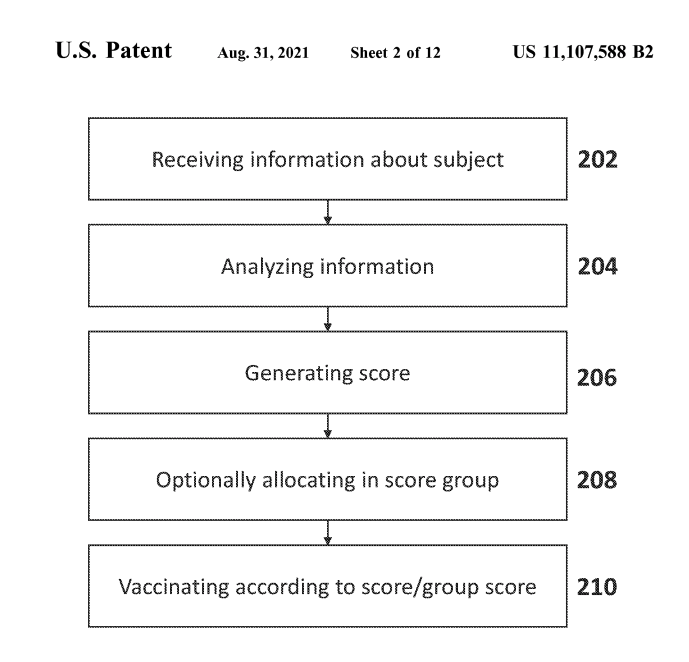 Another diagram shows a web of individuals being tracked while in public. 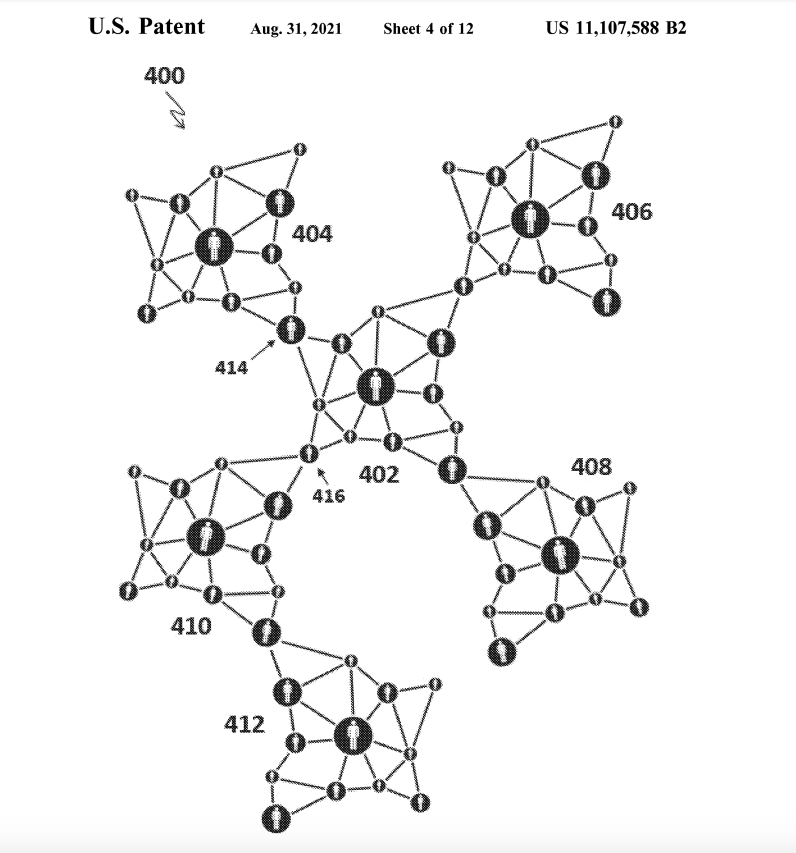 According to the document, “the government may order the citizens to install a dedicated application on their smartphones (or other smart devices like tablets, smartwatches, smart glasses, etc.) to help the government with the logistics of the vaccination procedures.”

“The government (or other body) provides the public with such dedicated smart devices,” it continues. “In some embodiments, the app and/or the smart device is configured to inform on the user’s location at all times and to communicate with adjacent smart devices (via Bluetooth for example( to assess the interactions between users, for example, vicinity between users, movement of users, etc.)”

The paper says existing technology could also be used to track people, such as Android and iPhone cell phone software. 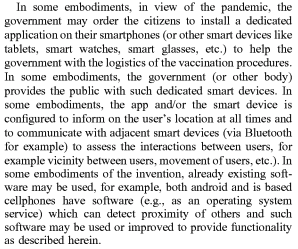 Big Brother Australia: You Have 15 Minutes To Take A Selfie And Send It To The Government. 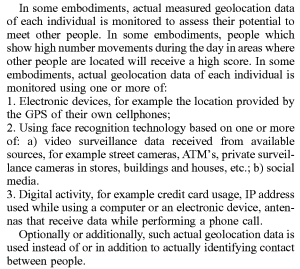 Some experts, such as Dr. Robert Young and Dr. Vladimir Zev Zelenko, suggest graphene oxide put into the human body via “vaccination” could interact with satellites or cell towers in order to deliver information about the subject.

“What I’m suggesting is the inoculation is a guise to literally put in metallic materials, that are potentially magnetic, to interact with satellites or cell towers with the human body,” Dr. Robert Young said. “In other words, rather than using a cell phone you can use your body and your cell phone for remotely testing, let’s say, blood sugars or blood pressure or oxygen levels. And this is what the patent actually suggests that Pfizer took out, that was awarded just last month, 31 August of this year.”

“This was the conclusion that I came to: that it is the very first patent that shows up in a list of about 18,500 for the purpose of contact tracing of, I believe, all vaccinated humans worldwide who will be or are now connected to the Internet of Things,” he told Stew Peters in September.

Around the 40:00 minute mark in the following interview, Dr. Zelenko describes the Covid tracking system in the patent.

“It describes a technology that already exists in the jjabs to measure your internal physiological data and transmit that information with your location to a third party,” he said.

The technocratic elite are preparing a dystopian “Black Mirror” society for humanity and the blueprints are all out in the open.