We first noticed Dr. Tedros shortly after the COVID outbreak in China was first reported in the press. Tedros claimed COVID had a mortality rate for those who caught the virus of 3.4%, scaring the entire world. This proved to be a faulty estimate based on faulty calculations we soon discovered.

We then uncovered that Tedros was a member of the terrorist regime that controls the African country of Ethiopia, where China has invested heavily. This we suspected was the reason he appeared to always promote a pro-China narrative. 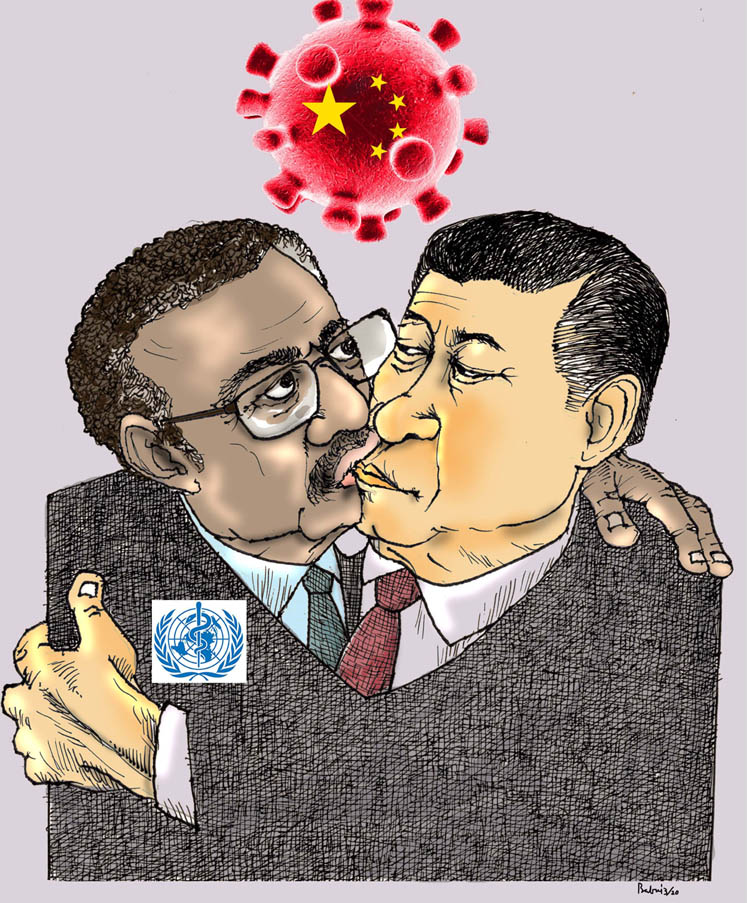 Now the WHO under Tedros has released a publication claiming climate change is the world’s most pressing issue. Breitbart reports:

In its report titled “The Health Argument for Climate Action,” the W.H.O. calls climate change the “single biggest health threat facing humanity” and calls on governments to “act to tackle the climate crisis, restore biodiversity, and protect health.”

“While no one is safe from the health impacts of climate change, they are disproportionately felt by the most vulnerable and disadvantaged,” the report asserts.

“The climate crisis is upon us, powered by our addiction to fossil fuels,” writes Dr Tedros Adhanom Ghebreyesus, W.H.O. Director-General in his foreword to the report. “The consequences for our health are real and often devastating.”

It is remarkable that given the magnitude of the negative impact of air pollution on human health, the United Nations is spending its efforts trying to convince first-world countries to curb the emission of carbon dioxide (a colorless, odorless, non-toxic gas) rather than focusing on cleaning the air in third-world countries where people are dying daily from the pollution.

In an October 7 essay in the Wall Street Journal, climate expert Bjorn Lomborg declared that working to end global warming “could hurt the poor more than help” because of its negative impact on economic development.

Malnutrition deaths “have declined dramatically over the past three decades and will continue to drop rapidly over the next three,” Lomborg noted, a phenomenon overwhelmingly driven by economic growth…

…It does not take a conspiracy theorist to wonder whether the U.N.’s exclusive interest in climate change — which has not been convincingly tied to a single death — and its relative disregard for the established killer air pollution is not tied to geopolitical and economic interests unrelated to human health.

[The Western world is being destroyed by the climate agenda, which is based on the lie that humans are responsible for global warming. Meanwhile, China is unaffected by the anti-human climate agenda in the West and stands to profit massively as a result. They are already the world’s biggest producers of almost everything.]

Tedros and his WHO are at it again. Promoting devasting and erroneous information that helps China, perhaps the biggest killer these past few years when accounting for COVID and air pollution, and harms the West.