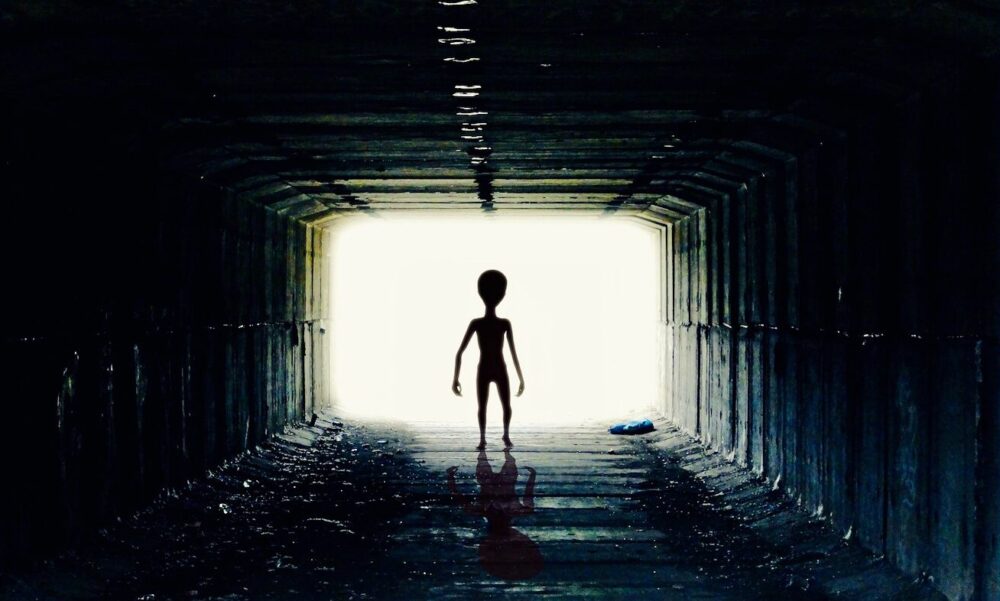 Exposing the ‘Alien Agenda’ (i.e. the NWO) Got This Whistleblower Killed

In the early 1990s, a whistleblower named Philip Schneider came forward with an incredible testimony. After being diagnosed with a terminal illness, he decided to share classified information with the world before it was too late. For over seventeen years the federal contractor worked on numerous black budget projects.

As an engineer and geologist with Top Secret clearance, he oversaw the construction of numerous deep underground military bases across America. 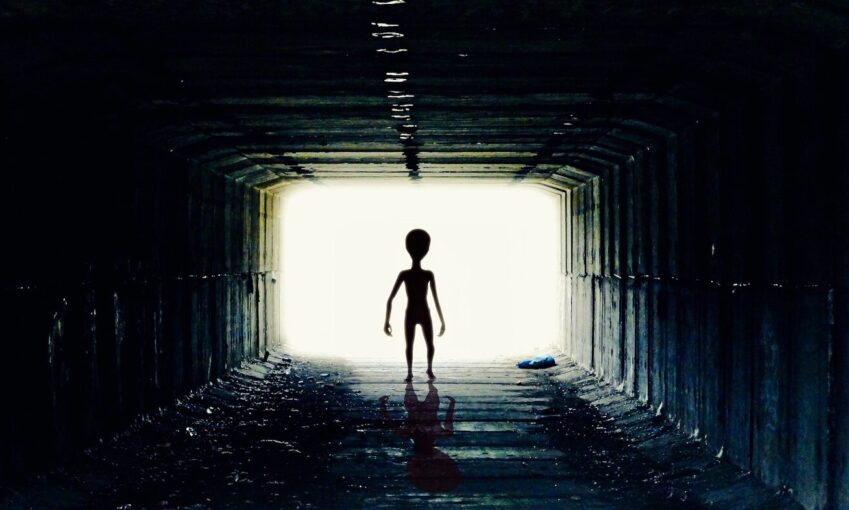 Phil stated there were nearly 1,500 bases in secret locations around the world.

While excavating one particular facility, an inconceivable event occurred. At precise that moment the staggering depth of our government’s deceit and corruption were unveiled.

In fact, what he would later reveal publicly would ultimately cost him his life.

Each year in the United States billions of taxpayer dollars go unaccounted for. According to Schneider, covert appropriation is used for subterranean operations. More than 1,477 of these locations exist globally. Most are connected by high-speed railways which utilize magnetic levitation trains. An entire labyrinth of tunnels, freeways, and cities exist miles beneath the Earth. Technologies developed here are decades beyond applications present on the surface. Within these bunkers, both humans and extraterrestrials have headquarters where various confidential experiments are conducted. Multiple floors descend into deeper levels of obscurity.

Phil was stationed in the scorching New Mexican desert in August of 1979. His team had been hired to construct a new installation on a former nuclear test site. Oddly, green and black berets were deployed to the mineralogy camp. As workers dug four preliminary tunnels, the boring machines kept breaking at a specific depth. In order to investigate what was causing damage to their machinery, he and several colleagues were lowered into the hole.

Upon reaching the bottom, he could barely believe his eyes. Standing before the unsuspecting structural mastermind was a seven-foot-tall alien gray. It produced a putrid stench worse than rotting garbage. Without hesitation, he instinctively reached for his pistol and began shooting.

During a lecture in 1996 Mr. Schneider recounted the terrifying ordeal:

“I killed two of them — yes they are mortal and they do die. In the process, one of them waved his hand in front of its chest and a blue beam hit me. He opened me up like a fish. It took off my fingers, my toenails, burned my left foot, and blew my shoe off. It was like an electrical force. I was in and out of consciousness.

“The Green Beret, who was right behind me, put me into the basket and sent me up. He lost his life. Sixty-six Secret Service agents, Green & Black Berets, and troops, also lost their lives because the United States government lied and did not warn us about the alien threat. There is a war going on down there. Our military, the Russian military, and militaries of the world have been in constant conflict with the aliens: small grays, tall grays, reptilians, and others.” 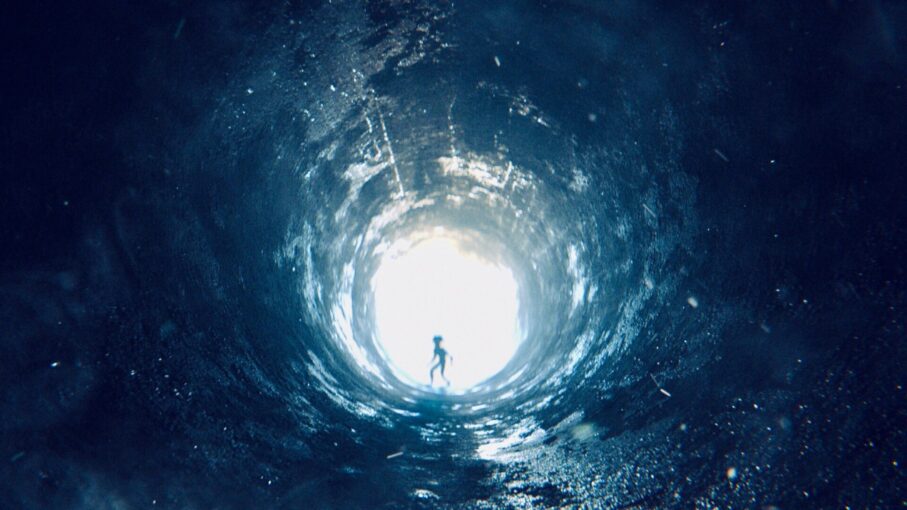 Following this terrifying incident, Phil began to learn about the grave reality of what was transpiring on our planet.

Alien Species: At least eleven distinctive types of otherworldly beings are currently known, nine are malevolent and hostile. Some can barely be distinguished from humans. Many reside in colonies throughout the underground bases. Phil suspected a significant number of unsolved missing person cases involve these creatures.

Adrenochrome: The nefarious extraterrestrials see people merely as a food source. However, they are not cannibalistic and do not physically eat flesh. Reptilians feast on fear-based secretions harvested from our adrenal glands. It gets them high and produces an effect similar to cocaine.

[Adrenochrome is being produced by the human body during intense sessions of torture and extreme fear. Being all-natural, it cannot be traced in the blood like the other drugs. It’s also a substance that allegedly gives the “purest high” (especially if extracted from children) to those who ingest it, so it is highly sought after by these addict sickos in positions of power. It is believed that many of the world’s top celebrities are being hooked on Adrenochrome early on, as a means on control. Being extremely scarce, the only place where they can get it from is from their illuminati masters – and that’s how they are being kept so obedient to the Cult].

And here’s a very good documentary on the subject:

New World Order: Mankind was overtaken by a sinister nonhuman force long ago. Global governments are hijacked and completely infiltrated. These parasitic entities desire complete control of the planet. They lack any empathy and plan to kill off nearly 90% of the population with survivors used as a slave class.

Phil Schneider is famous for stating that “the New World Order agenda is the alien agenda.” Imagine discussing the New World Order back in the 1990s, AND explaining that those behind it are actually non-human entities. To have access to this sort of information 30 years ago, I am certain you would have to be an insider. And 30 years later, we are beginning to see just how right he was.

In his presentation, he discussed engineered diseases, such as Ebola and AIDS (Pfizer’s clinical trials have shown that their injection compromises the immune system in the exact same way as AIDS, and Brazil’s president was censored for showing official documents linking the jjab to AIDS), which he suspected to be bioweapons created from alien DNA.

Phil Schneider also explained that “the New World Order agenda is the alien agenda.” Watch the full conference below (please note that Phil even mentioned Agenda 2030 – even though back then it was just a nameless chapter of the NWO takeover – and which is the depopulation of around 7 billion people by year 2030):

Phil Schneider was killed in his apartment

On January 17, 1996, the renegade’s unresponsive body was discovered in his Oregon apartment. Reports state he’d been strangled by a catheter and ruled the death a suicide. Records indicate the rubber hose was wrapped around his neck three times then tightly knotted.

Cynthia Schneider Drayer, Phil’s ex-wife, explained such a feat would be physically impossible for her former partner. Several fingers on his hand were missing and he suffered from extremely limited arm mobility. She also reported to detectives that personal photos, lecture material, and journals were stolen from the home. Valuable items remained untouched.

Family members and friends affirm their loved one was murdered at the hands of those he tried to expose.

Whoever is responsible for this brave man’s untimely departure failed to silence him. Mr. Schneider’s declarations solidify with each passing year.

Amid one of his last speeches, he warned audience members of the dire direction society was heading:

Democracy shifts into a technocracy wrought with censorship. Ordinary citizens must obey nonsensical orders. Marshall law is implemented yet ruling elites are exempt from restrictive measures. Freedoms and rights are methodically stripped.

He believed the path forward meant snapping out of complacency, speaking against injustices, and a unified pushback. Nearly three decades after sharing his final message, perhaps the masses are finally ready to listen.

If you’re interested in further exploring topics such as reptilians and the NWO, check out ‘A New Order of the Ages’ by Collin Robert Bowling.

Monty Python Comedian John Cleese Cancels Himself 'Before Someone Else Does': 'I Am Blacklisting Myself' Previous post
Conflict of Interest: Documents Prove Billy Boy Gave $319 Million to Top Mainstream Media Outlets Next post