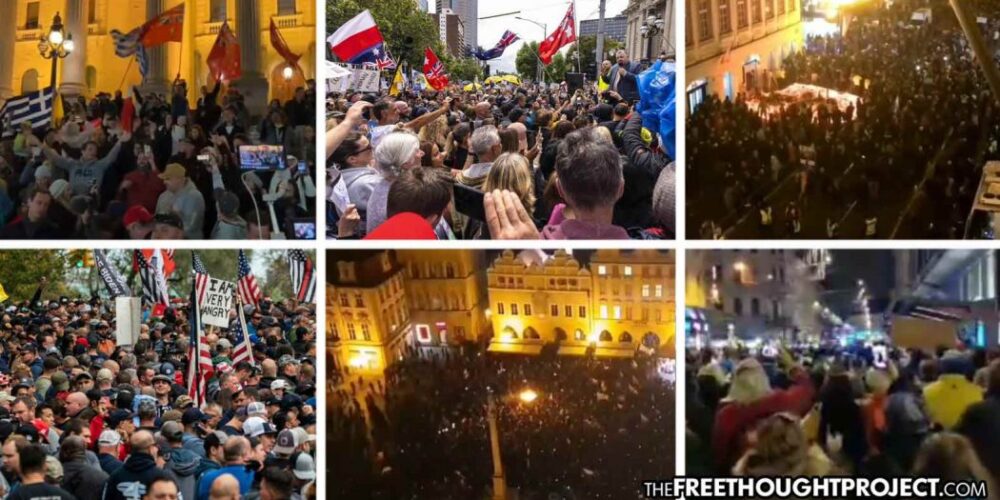 As we reported this week, despite many countries across the planet achieving vaccination rates as high as 100%, covid cases are still spiking. Because the state’s only tools are force and coercion, as the seasonal spikes inevitably hit, governments across the world are ushering in more tyranny.

But after nearly two years of being locked down, shut in, covered up, driven to poverty and watching the police state thrive, many of we the people have had enough. They are mad as hell and they’re not gonna take it anymore. 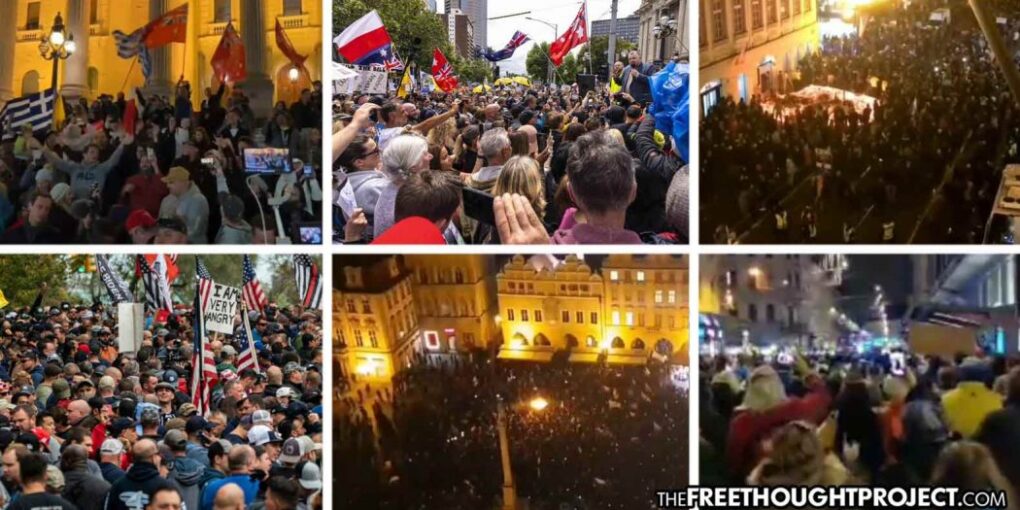 On Monday, Austria rolled out the most tyrannical measures yet and segregated society into two classes: vaccinated and unvaccinated. If you are unvaccinated, you are forced to stay in your home and are not allowed to go out into public unless it is for food or other explicitly designated activity.

“As of tomorrow every citizen, every person living in Austria, must be aware that they can be checked by the police at any time.”

From what year is this?
😬 pic.twitter.com/Q5WIrSF0LX

Multiple videos of cops patrolling stores and demanding to see citizens’ vaccination status have surfaced since and Austria is beginning to resemble a place similar to 1930s Germany.

I'd genuinely like to see polling on what percentage of Democrats would favor Austria's lockdown for the US: where the Unvaccinated are legally barred by force of police from leaving their homes except to see a doctor (even to work, we know they want them banned and fired): https://t.co/BPUF5wdQYQ

It’s not just Austria either, other videos have surfaced from other countries, showing police officers conducting “snatch and grabs” and literally grabbing people off the streets for reportedly failing to show proof of vaccination.

#Croatia “ Primary school teacher arrested for not having a jjab passport “ pic.twitter.com/6QLn1JJQut

It is pure insanity and despite the completely ineffective nature of their tyranny, the government keeps ramping it up. The governments of the world are pushing their citizens to the brink and now, the citizens are pushing back.

As the media salivates over the Kyle Rittenhouse case in their attempts to further divide society, mass protests against government tyranny are taking place everywhere — including in the United States. However, thanks to their constant establishment pandering, these protests are absent from the mainstream media’s coverage.

In Prague, Germany, tens of thousands of people poured into the streets to demonstrate against the country’s constant state of lockdown.

In Austria, where the unvaccinated are being treated like a sub-human species, both the vaccinated and the unvaccinated took to the streets to protest the tyranny. They have been at it all week yet you wouldn’t know it if your only source of information is corporate media.

You won’t see this in the news.

In Australia, who has become famous for their internment camps, lockdowns, and police state insanity over the past several months, the citizens have finally had enough. For nearly three straight days, brave Australians have protested in front of Parliament to demand their government stop oppressing them.

Melbourne continues 60+ hours straight of protesting in front of Parliament to stop mandates and lockdowns. pic.twitter.com/s7c6NT9JcX

Even the Iranians are taking to the streets to protest their country’s lockdown.

Even the global movement against COVID mandates reaches Iran. pic.twitter.com/OXPmtQRMS9

It has been 20 months and people are growing tired of the tyranny. In the United States, they are protesting as well.

As we reported Friday, even the Austrian police and military are set to take part in a protest on Saturday. It is called the “mega-demonstration” on November 20 in Viennaand police are apparently supporting and even joining.

Glimmer of hope: Austrian Police & Army Reportedly Refusing to Enforce ‘Health Dictatorship’ – Will March in Protest Against it.

What these mass protests do is allow others to realize you are not alone in this. Though Team Doom wants you to remain isolated and fearful, in reality, people are getting back to normal and some places have been back for a very long time.

Lockdowns, mandates, closures, and arbitrary tyranny have done nothing but ruin the economy and destroy civil rights yet statists and their supporters can’t see the forest for the trees. Those who continue to advocate for such measures are doing a disservice to society and will most assuredly end up on the wrong side of history.