Analysis: How ‘Build Back Better’ Would Make the Rich Even Richer

President Joe Biden’s “Build Back Better Act” is set to give a tax cut to about 67 percent of the nation’s richest Americans — those earning more than $885,000 every year.

A new analysis from the Committee for a Responsible Federal Budget reveals that the filibuster-proof reconciliation package will give a tax cut to two-thirds of the top one percent of earners even as the top one percent now hold more wealth than the entire American middle class.

“This is true despite the fact that Build Back Better would raise taxes substantially for the extremely rich (mainly those making over $10 million per year),” the analysis states.

In effect, those in the top one percent would receive an average tax cut of more than $16,000 in 2022 under Biden’s plan. The tax cuts for the wealthy would be a result of the plan’s increasing the State and Local Tax (SALT) deduction cap.

As Breitbart News has reported, the plan amounts to a $625 billion tax cut for the wealthiest of Americans living primarily in blue states. 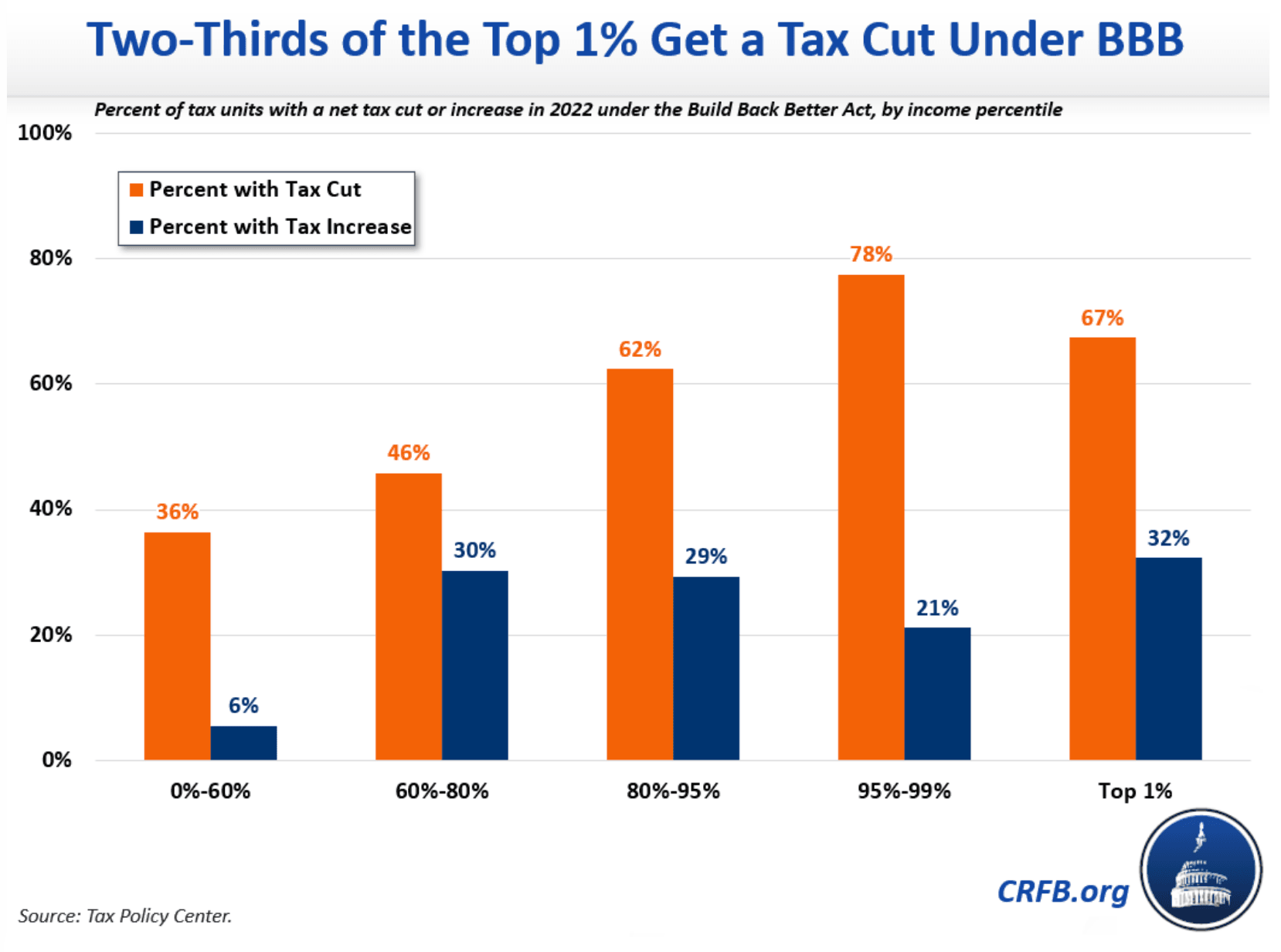 Chart via Committee for a Responsible Federal Budget

At the same time, Biden’s plan would squeeze an extra $200 billion out of American taxpayers by mostly targeting working and middle class earners with more Internal Revenue Services (IRS) audits.

Biden’s “Build Back Better Act” has already passed the House, thanks entirely to Democrat support, and now awaits scrutiny in the United States Senate.

In 2017, former President Trump had the SALT deduction capped at $10,000. Since then, Democrats have sought to deliver their wealthy, blue state donors with a massive tax cut by eliminating the cap altogether or greatly increasing it.