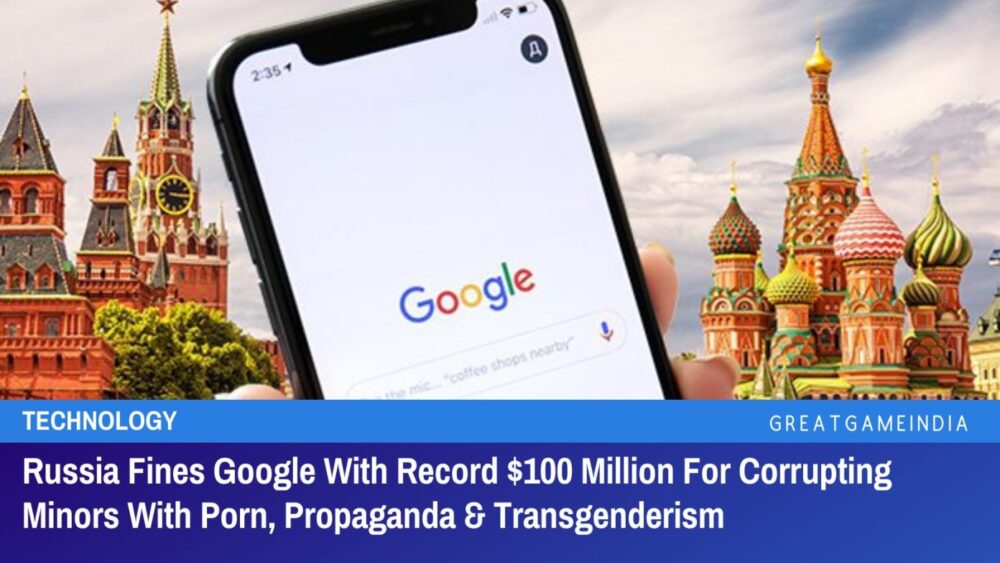 The content like pornographic material, as well as posts that reportedly promote drugs and suicide is under the dispute and the state media regulator Roskomnadzor has demanded the removal of the same. 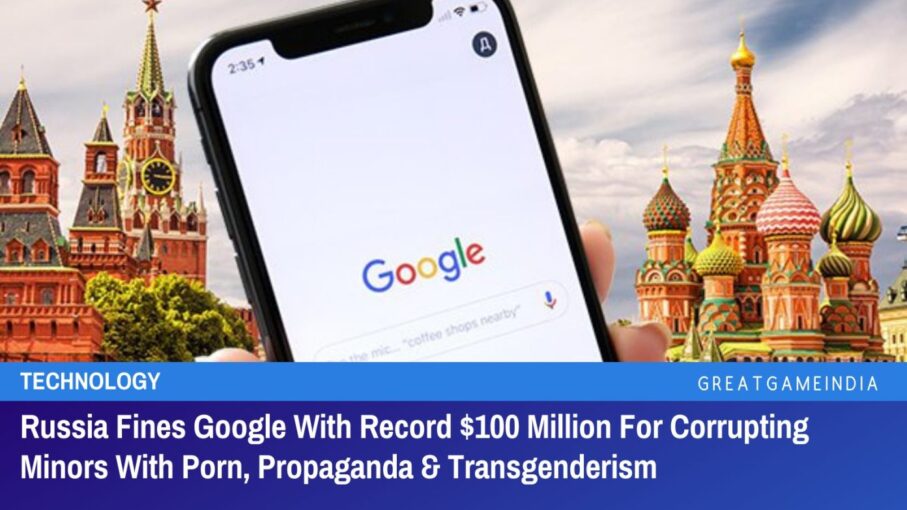 Crucially, Kremlin officials and the regulator have long charged Google with promoting politically subversive messaging with the intent to stir up protests in support of jailed dissident Alexei Navalny.

Furthermore, Silicon Valley-based internet companies have been accused by Russia of allowing themselves to be used as a hidden hand of US foreign policy inside Russia and promoting controversial content like transgenderism among Russia’s youth.

Showing sexually explicit and corrupting material to minors is outlawed under recent legislation.

This fine of 7.2 billion rubles, (or $98 million) is record-setting as compared to prior fines imposed on US social media companies. The clear objective of imposing such a huge fine is to send a resounding message and warning.

Commenting on how the court arrived at this high figure, The Moscow Timesnotes that the Moscow magistrate’s court did so “under a legal clause that allows courts to impose between 5% and 10% of a company’s turnover, according to the state-run RIA Novosti news agency.”

Russia’s fight against Western tech companies has just reached a new level. A Moscow court fined Google $100 million for its "systematic failure to remove banned information". This is by far the largest fine to date and the first one based on turnover. pic.twitter.com/8hqO8oYw5H

So far Google has said little, only telling AFP that, “We’ll study the court documents and then decide on next steps,” according to its press office.

Meanwhile, Facebook and Twitter have so far faced symbolic fines over similar charges of failing to remove content. “Meta – which has a hearing in court later today on the same charges – has also been threatened with a revenue-based fine,” AFP writes.

“On Thursday, Twitter was handed its latest fine of three million rubles ($40,000) after authorities started throttling its services in the spring.”

As reported by GreatGameIndia earlier, Facebook and Twitter recommendation algorithms promoted social discord in Russia, and were cautioned by Russian authorities that they maybe deactivated per new law.

However, it is highly unlikely and nearly impossible that Kremlin state authorities would ever go so far as to block these platforms, given the immense popularity among the Russian public, as it may result in massive backlash.

Recently, a leaked Facebook’s secret blacklist of ‘dangerous individuals and organizations’ showed it has over 4,000 entries. Among them are entities sanctioned by the US as terrorists, historical villains, cartels, militia groups, as well as dissidents.

The U.S. government is secretly ordering Google to provide data on anyone typing in certain search terms, an accidentally unsealed court document shows. There are fears such “keyword warrants” threaten to implicate innocent Web users in serious crimes and are more common than previously thought.

Meanwhile, a so-called independent fact-checker website FactCheck.org is exposed to be funded by the same $1.9 billion jjab lobby group that it is supposed to check.

The site is a Facebook partner whose articles are used to censor critical voices on the social media platform. It is headed by the former CDC director, which is again a conflit of interest.

Australian Prime Minister Scott Morrison has said that Facebook has attacked the sovereign nation of Australia and that his government will not be intimidated by Facebook’s threats.

Other nations from around the world have joined in sparking a global war against the threats from Big Tech.