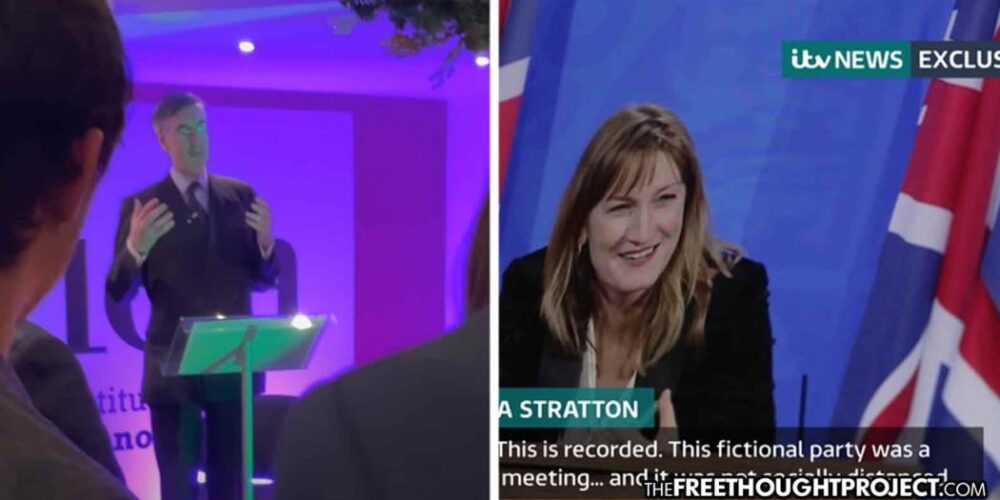 If there is one theme that underlies the entire covid debacle, since the beginning, that theme has been hypocrisy. “Rules for thee, not for me” has been the unwritten motto of politicians across the planet as they attend and indulge in activities from which the commoner is banned [i.e. tyranny]. 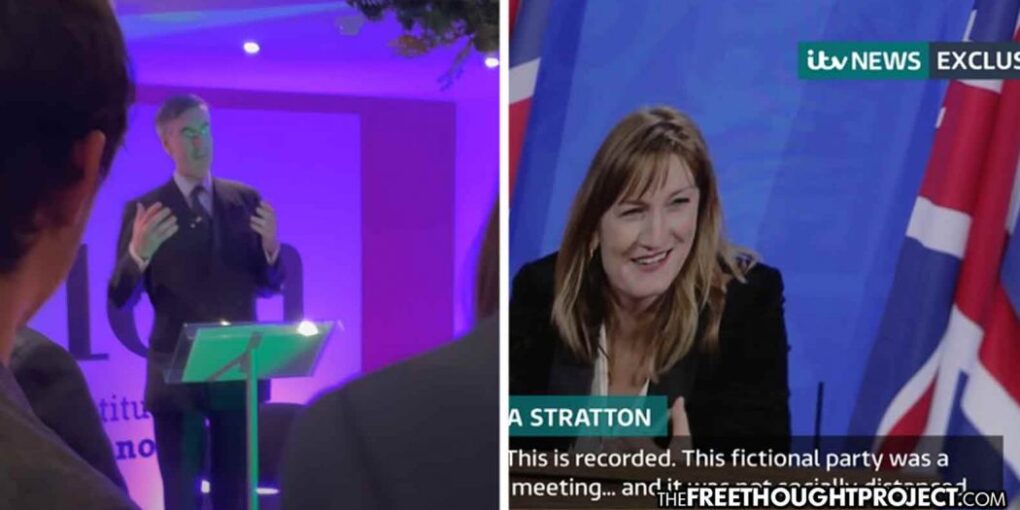 The Free Thought Project has been detailing this hypocrisy over the last two years and it is nothing short of infuriating. Politicians and their elite friends attend large maskless events whilst demanding their underlings mask up, social distance, and don’t even talk to each other.

While many have likely speculated that the elite are laughing behind our backs as they openly flout their own rules, video evidence of this was scant — until now.

In the video below, the now-former UK press secretary, Allegra Stratton was practicing answering questions about an “illegal” party held with public officials at a mock press conference.

Boris Johnson’s official spokesperson has repeatedly denied that a party took place, however, a source confirmed to the BBC that a party did take place there on 18 December, with “several dozen” people in attendance — in direct violation of their own rules.

What’s more, Stratton seemingly confirms it in the video below when she was asked by Ed Oldfield, a special adviser to the Prime Minister, about “reports” that there had been a Christmas party in Downing Street the previous Friday, to which Stratton asked staff: “What’s the answer?”

“This fictional party was a business meeting and it was not socially distanced,” she joked.

Also read: List of Hypocrite Politicians Who Got Caught Breaking Their Own Draconian COVID-19 Rules.

Watch: Video Shows Hordes Of Maskless ‘Elites’ at Pelosi Fundraiser, While She Wants to Lock Us Down.

During the time the party took place, these very people were forcing UK citizens to stay in their homes and refused to allow them to celebrate Christmas.

Obviously, people having a party is great. It’s called freedom and we highly recommend it. However, when politicians force the commoners to stay home and refuse to allow them to visit their families during the holiday — while doing the exact opposite behind the scenes — this is as infuriating as it is disgusting.

Adding to the infuriating nature of the video above, is the response from Commons leader Jacob Rees-Mogg joking about the alleged party that “never happened,” at another party this week.

The video was posted to the political blog Guido Fawkes and it shows Rees-Mogg, once again joking about the party for them, that others cannot have.

“I see we’re all here obeying regulations, aren’t we?”

“I mean, this party is not going to be investigated by the police in a year’s time. You are all very carefully socially distanced… we have moved, I am pleased to tell you, from the metric back to the Imperial system: I notice you are all at least two inches away from each other which is, as I understand it, what the regulations require.”

[Nuremberg-like trials need to happen as soon as possible, and those who are fund guilty of abusing their power or committing crimes against humanity, must be punished to the full extent of the law.]

How many people died alone because their friends and relatives were banned from seeing them — because of these politicians.

The good news is that videos like these will lead to the people realizing that the lockdowns are mere theater and they will start to disobey.

In fact, Tory MP Charles Walker has already reacted to the videos, noting:

“The No 10 party means that any future lockdowns will be advisory, whatever the law says.”

Yale Epidemiologist: COVID-19 is a Pandemic of Fear Manufactured by Authorities Previous post
Here’s Why You Aren’t Allowed to Watch the Ghislaine Maxwell Trial Next post